Could aspirin be used to treat tuberculous meningitis? | University of Oxford
Skip to main content

Professor Guy Thwaites, Director of the Oxford University Clinical Research Unit, Vietnam, explains the discovery of yet another use for one of the most ubiquitous and ancient of drugs – aspirin.

Tuberculous meningitis is the most lethal form of tuberculosis (TB), killing or disabling around half of all sufferers despite the best available treatment. Aspirin is a commonly available over-the-counter medication that prevents blood clotting and helps reduce and resolve inflammation. Our research team in Vietnam wondered whether this ancient drug might help increase survival rates from TB meningitis by reducing brain inflammation and preventing the disease from blocking blood vessels in the brain that cause parts of the brain to die (commonly called ‘stroke’).

With funding from the Wellcome Trust, UK, we investigated whether the addition of aspirin at low (81mg/day) or high (1000mg/day) dose, or placebo, to the first 60 days of current standard TB meningitis treatment (anti-TB drugs and steroids) was safe and reduced new strokes or death from this severe disease. 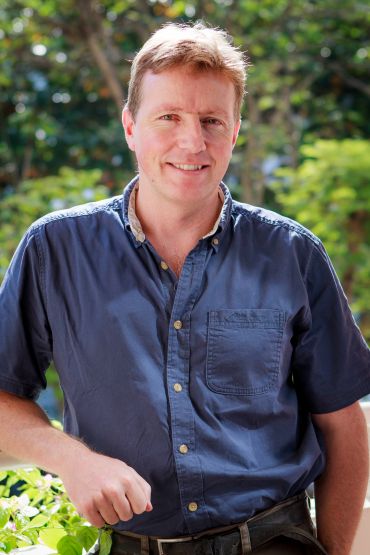 Dr. Guy Thwaites - Director OUCRU-VN
When we analysed all 120 patients who entered the trial we found that both aspirin doses were safe and both doses were associated with a reductions in new brain infarctions and death in the first 60 days of treatment, although these reductions could have occurred by chance. However, when we just looked at the 92 patients in our study that definitely had TB meningitis, with TB bacteria either seen or grown from brain fluid, there was a substantial reduction in stroke and death by 60 days. This was especially apparent in those given the high (1000mg) dose of aspirin: 34.4% of patients treated with placebo died or suffered stroke, whereas only 10.7% who received the high (1000mg) dose of aspirin suffered these complications. The benefit was still apparent for those who received the lower dose of aspirin – but less dramatic, with 14.8% suffering stroke or death.

To understand how aspirin might work in TB meningitis treatment we took brain fluid from the trial participants before and after 60 days of treatment and measured an array of substances known to be linked to inflammation and aspirin’s treatment effects. When we compared 81mg with 1000mg of aspirin we found that 1000mg was associated with much lower concentrations of thromboxane A2, which would inhibit the blood’s ability to clot and may help prevent stroke. We also found higher concentrations of molecules called ‘protectins’ which help the body resolve inflammation. These findings are especially interesting as they may indicate new ways to treat TB meningitis and other forms of TB, and they support the trial’s clinical findings that aspirin 1000mg/day may reduce the risk of stroke and increase survival rates in patients.

The next step will be larger trials in children and adults, including those co-infected with HIV, to confirm our results. But it seems TB meningitis may be added to the long list of life-threatening conditions that benefit from a daily aspirin dose, including stroke, heart attacks, and the prevention of colorectal cancer.

While aspirin was developed as a drug in the form we now recognise in the 19th century, the active compounds occur naturally in willow bark and other plants, and humans have been using it in its natural form for thousands of years. There is evidence of ancient Egyptians using willow bark as a medicine, and the ancient Greek physician Hippocrates wrote about the benefits of willow bark and willow leaves to relieve pain and fevers. Nowadays, aspirin should be used in consultation with a doctor to minimize any side-effects. However, this study has shown more evidence that aspirin is indeed a remarkable drug.

The full paper, ‘A randomised double blind placebo controlled phase 2 trial of adjunctive aspirin for tuberculous meningitis in HIV-uninfected adults’, can be read in the journal eLife Sciences.

Hillfort atlas wins industry recognition at international conference
Making a career change later in life isn’t easy, but it is worth it