New research shows the brain understands relationships in the same way as it understands how to move in space.

Researchers led by a team at the Wellcome Centre for Integrative Neuroimaging at the University of Oxford have developed a new framework that binds together the way the brain forms maps of space to the way the brain understands relationships of any kind – general mental maps. The new framework, published in Cell, resolves a decades-old debate on how the same part of the brain, the hippocampus, seems to be important for two seemingly very different functions – how to move around in space and how to remember relational structures like a family tree. The researchers say that they are just two sides of the same coin.

For example, when you watch a romantic comedy, there is always a common structure: 1) character setup, 2) they meet, 3) romance starts, 4) obstacle #1, 5) uncertain journey, 6) obstacle #2, 7) all goes wrong, 8) happy resolution. This structure is the same, irrespective of the exact storyline and characters.

In a similar way, whenever you go into a new house, you know that the house is likely to be set up according to some standard rules: it has rooms that connect with each other, the bedrooms are likely upstairs and the kitchen likely downstairs.

Both houses (relationships in space) and understanding films (relationships in episodes) can be understood in the same way – working out a relational web. This relational web is very useful: knowing a web for houses means you can walk into any house and have a good guess where you might find a bathroom; and knowing a web for romantic comedies means you can turn on the TV and if they’re kissing in the rain it means the film is about to end.

Using this framework of learning relational webs, the researchers built the ‘Tolman-Eichenbaum Machine’ (TEM). This is a deep neural network model named after Edward Tolman and Howard Eichenbaum, two researchers whose ideas influenced this work. Without ever telling it the underlying web, TEM was able to learn the web and use it to its advantage. For example, by seeing several different families, it could learn what a family was i.e. the family tree relation web. When learning about space, the TEM’s neurons behaved exactly numerous neurons that have been recorded in animals over the last few decades (in two areas of the brain associated with memory – the hippocampus and entorhinal cortex) including grid and place cells that allow us to keep track of our position in space.

TEM also makes novel predictions about how neurons behave. Previously it had been thought that place cells are randomly allocated for each new situation. This work, however, says that although the allocations may look random, there is in fact a hidden preserved structure – the relational web of space. This is exactly what they subsequently found when analysing recordings of grid and place cells. 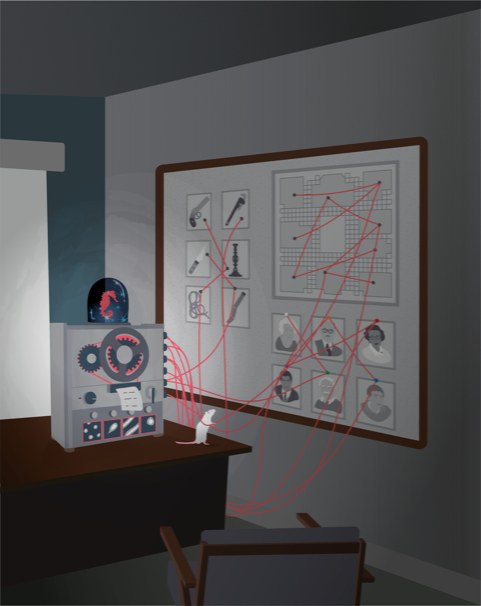 Lead researcher, Dr James Whittington, said: ‘There has been lots of confusion over how the hippocampus can do so many apparently unrelated things. This work shows that those apparently unrelated things are actually the same things but seen from different angles. Thinking in this way opened up the possibility to build a mechanistic model to really understand how this part of the brain works.’

Why do languages matter? A campaign from Oxford Humanities
Living with dementia in a virtual world: hope for the future