The proportion of the Earth's crust that may be capable of supporting life could be much greater than previously thought.

That's according to new research into the hydrogen-rich waters trapped in rock fractures kilometres below the Earth's surface [see this nice BBC piece].

Hydrogen is food for microbes and vital to many deep ecosystems. Now researchers from University of Toronto, Oxford University, and Princeton report in Nature how they used data from 19 different mining sites in Canada, Africa, and Scandinavia to map ancient hydrogen-rich waters locked in Precambrian Shield rocks.

With Precambrian rocks making up more than 70% of the Earth’s crust the researchers calculate that reactions within these rocks could be producing the same amount of hydrogen as the total amount created on the ocean floor (by features such as hydrothermal vents).

OxSciBlog: Why is understanding global hydrogen production important?
Chris Ballentine: Hydrogen, the most abundant element in the Universe, rarely occurs on Earth in a pure di-molecular form (H2) and is mostly found today in its chemically oxidised form, water (H2O). In part this is because hydrogen is light enough to escape Earth's gravity and so is not retained in Earth's atmosphere.

Hydrogen is also very reactive and releases energy when it reacts. Microbes, kilometres down in the continental crust, release the energy trapped in dissolved hydrogen in ancient fracture waters as a key part of their food chain. By understanding the availability and location of hydrogen in the Earth we can build a picture of how important this source of energy is for sustaining life on and in Earth today and in the past.

OSB: What does your study reveal about how much/where hydrogen is produced?
CB: Until now, the scientific communities' attention has been focussed on the hydrogen and associated microbes in the Earth's crust lying under the oceans. Hydrogen production in the continental crust was previously thought to be relatively minor and any role it plays in supporting microbial life similarly small.

We have shown with abundant observations and new calculations that the combination of water reacting with iron rich rocks and natural radioactivity breaking water into oxygen and hydrogen (radiolysis) together produce in the continental crust an amount of hydrogen equal to that produced by the oceanic crust.

OSB: What are the implications for searching for deep microbial life on Earth?
CB: In geological terms the continental crust is much older, deeper and more stable than oceanic crust which rarely survives longer than 200 million years. We have already shown using techniques developed by my team (Nature 2013) that at least one deep continental environment with the right chemistry to support life may have been isolated from the surface for billions of years. This is on planetary timescales (The Earth is about 4.56 billion years old) and our work now shows that hydrogen production is at a sufficient level to support life as a general rather than an isolated or exotic phenomenon in the stable continents.

OSB: How might it help in the search for life on other planets?
CB: The basic chemistry and physics on rocky planets similar to Earth will also be the same. Any planet that has supported surface water is likely to retain water in the deeper rock pore spaces if it preserves an old crust. Mars is such a planet whereas Venus's crust is much younger and likely lost any water.

Over time, water will react with some of the rock to produce hydrogen at rates able to support microbial life. Reactions with hydrogen can be catalysed by some rocks to produce light hydrocarbons and provides a rich chemistry or menu for microbes. We now know there is ample material and energy for microbial communities to exist. Deep environments can be protected from surface processes such as meteorite bombardment and planetary atmosphere loss.

These devastating processes, while removing life from the planetary surface, might leave life to survive in the deep crust, warmed by deep planetary heat and natural radioactivity.

OSB: What's the next step in this research?
CB: Access to fluids from the deepest parts of the continental crust from deep mines are becoming more available. Our consortium are developing with the funding organisation (the Deep Carbon Observatory), an international network of sites where we can build a full understanding of the nature and age of habitats in the continents that might support microbial life.

The type of microbes that are found in the deep continental crust is still in a discovery phase, but this is making us ask questions such as how does life get established, how does it survive and evolve and how might it play a role in seeding life in other parts of the Earth. How does it compare, for example, to the microbial communities in the younger oceanic crust feeding on a similar energy chain and indeed different parts of the continental system?

We know from plate tectonics that some regions of the crust are stable for billions of years, but when continents collide fluids can migrate huge distances, perhaps carrying and seeding life from such deep biological planetary nurseries both to other regions of the crust and also to the surface. 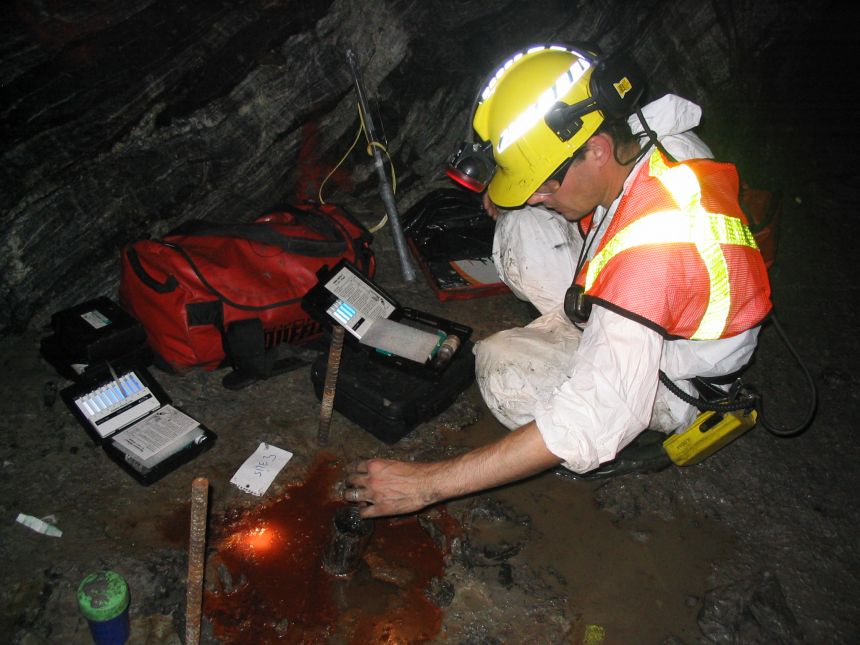 A report of the research, entitled 'The contribution of the Precambrian continental lithosphere to global H2 production' is published in Nature.

Gannets of the far North

Brain stimulation for your stammer