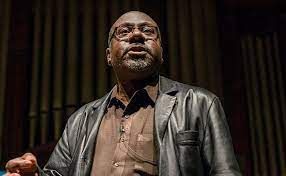 Professor Anthony Reddie
The James Cone course was proposed, and will be led, by Professor Anthony Reddie, director of the Oxford Centre for Religion and Culture – and a leading UK Black Liberation Theologian. He made the suggestion earlier this year, as part of a discussion about the curriculum, and was delighted it was quickly embraced. Professor Reddie emphasises, ‘This is a massive innovation. Nothing like this is taught in Britain.’

During lockdown, the Research fellow of Regent’s Park College was looking through the list of ‘Special Theologians’, studied by third year Theology students. And, says Professor Reddie, he realised, ‘They are all great people, but no one was modern and no one was writing out of a contextual experience.’

Professor Reddie continues, ‘I was aghast that we are not studying James Cone when he left such a huge and important body of work [Cone died in 2018].’

He put the suggestion to a senior member of the faculty and Professor Reddie says, ‘I was pushing at an open door as it turned out.’

His idea was approved – and the process for creating the course began. And, from the next academic year, third year students will be able to opt to study James Cone with Professor Reddie.

In the US at the time, Sunday mornings were the most segregated time of the week, with people dividing on racial lines to go to church...Cone thought it was terrible that the white churches colluded with segregation

Although  comparatively little known in the UK, Cone has been a major figure in US theology for decades. Professor Reddie says, ‘Cone called out racism in the existing Christian tradition. In the US at the time, Sunday mornings were the most segregated time of the week, with people dividing on racial lines to go to church.’

He adds, ‘Cone thought it was terrible that the white churches colluded with segregation.’

According to Professor Reddie, Cone’s academic career started around the time of the rise of the Black Power movement in the late 1960s and began with a 1969 work, Black Theology and Black Power. 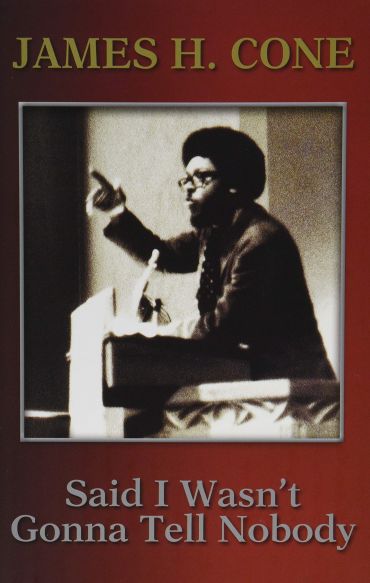 Autobiographical reflections, published by Orbis
Cone’s work was based on the US, but it has been influential well beyond, especially among diaspora communities in the west and in southern Africa, rather than among established communities in sub-Saharan Africa. ‘He was a radical,’ says Professor Reddie, ‘But he lived and died believing in Christianity. He was very Christo-centric…Most Black Liberation Theologians are in debt to Cone.’

He adds, ‘Black Liberation Theology looks at how Christianity became part of the colonial project and was tied into slavery…There were individuals of course, such as Wilberforce, who were Christian opponents of slavery. But the Church of England was tied into the establishment…and Christianity was used in order to make people better slaves.’

‘He was radical in terms of challenging the silence of church leaders in the face of white supremacy,’ says Professor Reddie.

Cone’s ideas were based on US specific circumstances. Many African Americans had lived in the country for centuries longer than white immigrants and would never consider themselves anything other than Americans, according to Professor Reddie. In the UK, however, he says, the colonial backgrounds of many diverse communities present different challenges.

‘There is a sense of not belonging anywhere, although that is not shared by younger people, whose parents were born in the UK,’ he says.

It is not about having “a person of colour” for the sake of it. Cone is on the syllabus because he is brilliant...Now I just have to wait to see if anyone wants to do the course

But Professor Reddie feels very much at home in Oxford. He laughs, ‘I don’t have imposter syndrome…but that’s because I came at the right time – when I was old enough not to feel intimidated. I don’t know if I would have survived at 18…but I enjoy it now.’

‘There is intellectual openness, but James Cone ticked every box,’ he says.

Having said that, though, Professor Reddie concludes, ‘It is not about having “a person of colour” for the sake of it. Cone is on the syllabus because he is brilliant.’

‘Now I just have to wait to see if anyone wants to do the course,’ he laughs.