Professor Natalia Ares from Oxford University’s Department of Engineering Science will join an EU Quantum Technologies Flagship research grant worth €2.9 million. The grant will fund the ASPECTS (Quantum Thermodynamics of Precision in Electronic Devices) consortium, which brings together leading experimental and theoretical physicists across Europe with the common goal of uncovering the limitations of natural timekeeping devices to assess whether precision measurements can be more energy efficient. 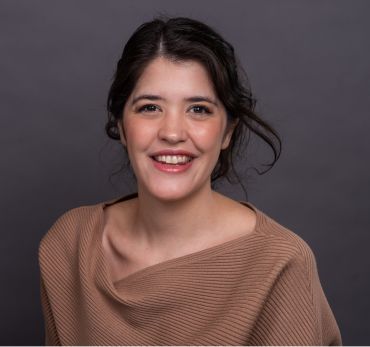 Professor Natalia Ares. Image credit: John Cairns.
Quantum technologies are based on a bizarre feature of the subatomic world known as quantum superposition, which allows electrons to have seemingly contradictory properties, such as being in two different places at once.

Governments and private companies – including tech giants like Google and IBM – are now racing to build quantum computers and other technologies that exploit this weird phenomenon. Since quantum technologies work in a fundamentally different way to standard methods, they can solve problems that would be unthinkable with current digital devices.

One area where quantum technologies have a clear advantage is in precision measurement. For example, satellite navigation systems rely on very precise timestamps provided by atomic clocks orbiting the Earth. Such precise measurements cost energy, but using quantum phenomena could potentially allow these to become more energy and resource-efficient.

The researchers involved in the ASPECTS project will investigate this by building novel quantum machines with both superconducting circuits and electromechanical devices recording the fluctuations in their output. This will enable them to understand the trade-off between precision and efficiency in small quantum systems. The demanding task will require state-of-the-art techniques for quantum device control.

Professor Ares explained: ‘As we gain increasingly precise control of quantum devices, we can finally reveal the limitations that nature imposes to one of the most interesting types of machines, clocks. By making use of semiconductor devices that allow for the control of single electrons and that are able to oscillate as a quartz clock, we will put to the test the most fundamental limits of timekeeping.’

‘By experimentally assessing the energy cost of timekeeping and readout of quantum bits (qubits), we shall demonstrate quantum-thermodynamic precision advantage in our measurements. This ground-breaking advance could allow quantum sensors and other measurement devices to operate at higher energy efficiency than would be classically possible without sacrificing precision.’

The burgeoning quantum technology revolution promises a paradigm shift in the way that we generate, process, and communicate information. Quantum technologies are poised to disrupt industries like finance, drug discovery and materials design. This potential has resulted in more than $22B having been invested worldwide towards the development of such technologies.

The key milestones of the project are:

1.  To probe the ultimate thermodynamic limits on quantum clocks by building autonomous quantum clocks and measuring the energetic cost of timekeeping in the quantum domain;

2.  To measure the thermodynamic cost of qubit readout;

3.  To implement the first proof-of-principle demonstration of a quantum-thermodynamic precision advantage.

Oxford University is one of the world’s largest centres for quantum science, with over 60 separate research teams and more than 200 individual researchers working in this rapidly-developing field. The University leads the UK Quantum Technology Hub in Computing & Simulation and is now in the process of creating a new Oxford Quantum Institute. Quantum research at Oxford ranges from the most fundamental aspects of quantum mechanics to the development of scalable quantum technologies.

Professor Mark Mitchison from Trinity College Dublin, the coordinator of ASPECTS, said: ‘We are currently at the forefront of a new technological revolution, where the strange behaviour of tiny quantum particles such as atoms is being exploited to build the next generation of super-fast computers, secure communication devices, and ultra-precise sensors. Quantum technology promises to become a huge industry over the next few decades, and the Quantum Technologies Flagship was designed to kickstart that activity in Europe.’