An ANYbotics ANYmal C robot from Team Cerberus being prepared for the competition in Louisville, Kentucky. Photo Credit: DARPA
Published

Robotics researchers from the Oxford University's Robotics Institute have contributed to the winning team, Team CERBERUS, at the DARPA Subterranean Challenge - coming away with the top prize of $2m. The finals of the competition concluded on Friday in an underground cavern in Louisville, Kentucky with 8 international teams going head-to-head.

The challenge took place over three years and was designed to push the boundaries of autonomous robotic technology. The task was to explore an underground environment and to locate objects such as mannequins - simulating injured humans, - backpacks, phones and tools.

‘We are delighted to have done so well. Contributing to CERBERUS has really accelerated our research. After 3 years of preparation, it was fantastic to test it in the DARPA’s complex underground maze’. Said Prof. Maurice Fallon, lead of the Oxford University team.

Points were awarded when an object was correctly located. Challenges included locomotion over rough terrain, accurate mapping, and coordination of the robot team by a single operator from outside the test location. The test location blended aspects of cave, tunnel and urban subways and was often unlit, filled with smoke or on a steep slope.

CERBERUS*, deployed a team of four quadruped robots, called ANYmals, as well as autonomous aerial vehicles in the competition organized by the US Government research agency DARPA. 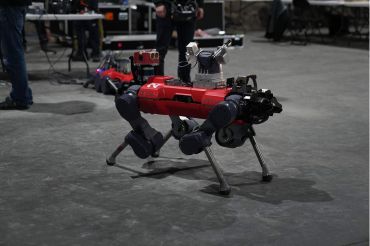 An ANYbotics ANYmal C robot from Team Cerberus being prepared for the competition in Louisville, Kentucky. Photo Credit: DARPA

‘In the underground environment there are so many challenges from lighting and communications to the slipperiness of terrain itself. This demanded a whole range of breakthroughs by our team’. Said Dr. Marco Camurri, Senior researcher, Oxford University.

In the end CERBERUS tied with a team from CSIRO - a research lab based in Brisbane, Australia - winning only on a tiebreaker. Other teams included representatives from top universities such as University of Colorado, Boulder (in 3rd place), Carnegie Mellon University, Massachusetts Institute of Technology (MIT) and Jet Propulsion Laboratory (part of NASA).

It is envisaged that the technologies will impact on disaster response, environmental monitoring, industrial inspection, and construction sectors. 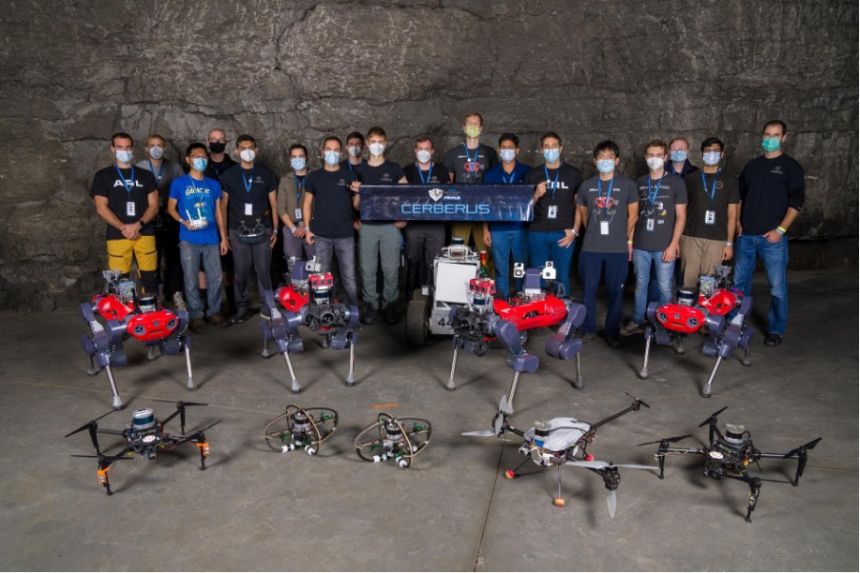