The arrival of European settlers, in the Americas, beginning in the 15th century, all but wiped out the dogs that had lived alongside people on the continent for thousands of years, according to new Oxford University-led research published today in Science. However, one close relative of these native dogs lives on in an unexpected place – as a transmissible cancer whose genome is that of the original dog in which it appeared, but which has since spread throughout the world.

The findings reveal that pre-contact American dogs, which arrived alongside people over 10,000 years ago, and spread throughout North, Central and South America, had genetic signatures unlike dogs found anywhere else in the world.

Comparison of ancient and modern American dog genomes revealed that these unique, pre-contact American dogs rapidly disappeared following the arrival of European settlers and left little to no trace in modern American dogs. This disappearance was most likely due to a combination of factors, including new diseases, cultural preferences for European breeds, and extermination of native dogs. 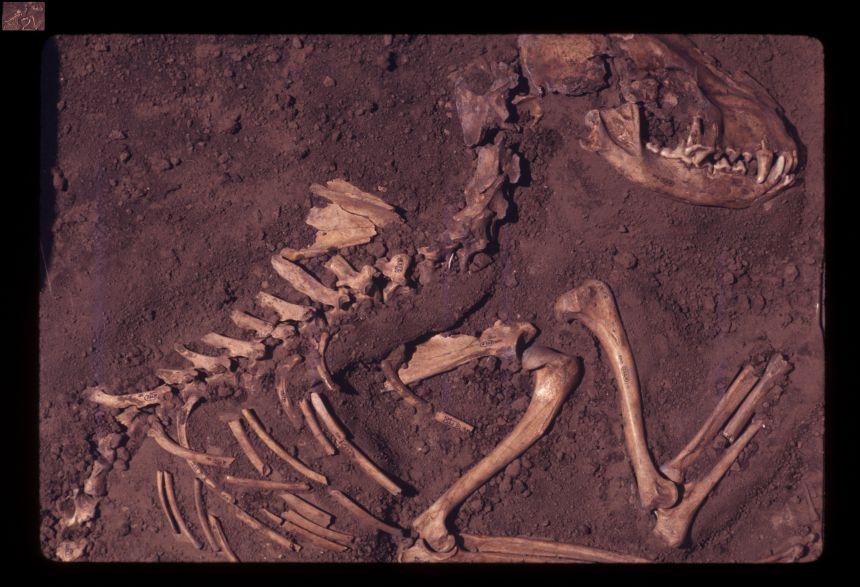 A dog burial site from the Koster site in Illinois, dated c. 10,000 years ago - the earliest known dogs in the Americas. Image credit: Del Baston, courtesy of the Center for American Archaeology

Senior lead author Dr Laurent Frantz from Queen Mary University and the Palaeogenomics & Bio-Archaeology Research Network (Palaeo-BARN) at Oxford said: ‘It is fascinating that a population of dogs that inhabited many parts of the Americas for thousands of years, and that was an integral part of so many Native American cultures, could have disappeared so rapidly. Their near-total disappearance is likely due to the combined effects of disease, cultural persecution and biological changes starting with the arrival of Europeans.’

Professor Greger Larson, Director of the Palaeo-BARN at Oxford and a senior author of the study, said: ‘This study demonstrates that the history of humans is mirrored in our domestic animals. People in Europe and the Americas were genetically distinct, and so were their dogs. And European colonists largely replaced indigenous people in the Americas, and amazingly, the same is true of their dogs.’
By comparing the ancient and modern genomes, the researchers confirmed that the earliest American dogs were not descended from North American wolves, but likely originated in Siberia, crossing into the Americas during early human migrations.

Lead archaeologist Dr. Angela Perri of Durham University, co-first author on the study, added: ‘Archaeological evidence has long suggested that ancient dogs had a dynamic history in the Americas, but the fate of these pre-contact dogs and their relationship to modern American dog populations was largely unknown. Our study confirms that the earliest American dogs are not descended from North American wolves, but likely originated in Siberia, crossing into the Americas during initial human migrations.

‘In fact, we now know that the modern American dogs beloved worldwide, such as Labradors, Xoloitzcuintli (Mexican hairless dogs), and Chihuahuas, are largely descended from Eurasian breeds, introduced to the Americas between the 15th and 20th centuries.’

The study revealed a close link between the genomes of pre-contact dogs (as the researchers to them), and those derived from canine transmissible venereal tumors (CTVT). CTVT is a contagious, genital cancer that is spread between dogs by living cancer cells during mating. 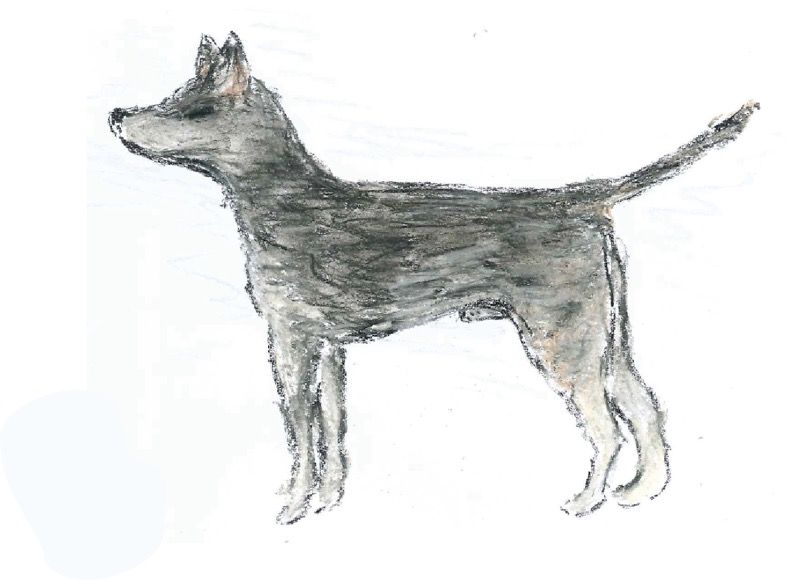 An artist's impression of what the original CTVT founder dog may have looked like. Image Credit: Emma Werner

Further study of CTVT genomes revealed that the tumour originated from a single dog - known as the ‘CTVT founder dog,’ that lived several thousand years ago and was closely related to pre-contact dogs.

Overall, their results indicate that this cancer, now found worldwide, possesses a genome that is the last remaining vestige of the dog population that was once found all across the Americas.

‘It’s quite incredible to think that possibly the only survivor of a lost dog lineage is a tumour that can spread between dogs as an infection,’ added Maire Ní Leathlobhair, first author, from the Department of Veterinary Medicine at the University of Cambridge. ‘Although this cancer’s DNA has mutated over the years, it is still essentially the DNA of that original founder dog from many thousands of years ago.’

Now that the team have established the genomic ancestry of early American dogs, the next step in their research will be to reconstruct how the dogs may have looked and behaved.

Science: The Evolutionary History of Dogs in the Americas