Babies born to health mums are strikingly similar in size the world over
Credit: Shutterstock/Atthapol Saita. This image comes from Shutterstock
Published

The first international standards for fetal growth and newborn size have been developed by a global team led by scientists from Oxford University.

The international standards depict the desirable pattern of healthy growth for all babies everywhere, regardless of their ethnicity or country of birth. They provide 3rd, 10th, 50th, 90th and 97th centile curves for the growth of a baby during pregnancy (as measured by ultrasound) and for a baby's size at birth according to gestational age (weight, length and head circumference).

Now, for the first time, all 120 million babies born each year across the world can be assessed using a common set of standards, reflecting how babies should grow when mothers have adequate health, nutrition, medical care and socioeconomic status.
This means it will be possible to detect underweight and overweight babies early in life no matter where in the world they are born.

'Being able to identify millions of additional undernourished babies at birth provides an opportunity for them to receive nutritional support and targeted treatment, without which close to 5% are likely to die in their first year or develop severe, long-term health problems,' says senior author Professor José Villar of Oxford University. 'The huge improvement in health care we can achieve is unprecedented.' 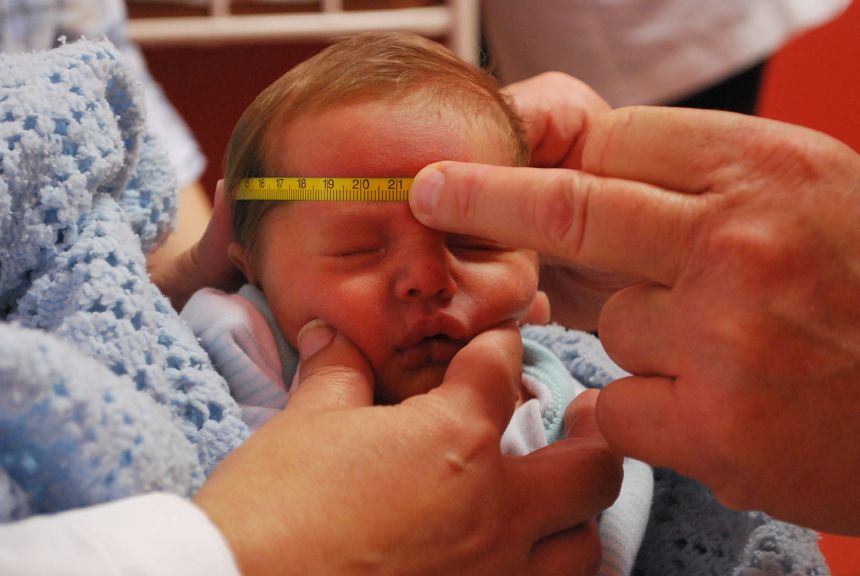 A newborn baby in Brazil has head circumference measured as part of the study
Credit: INTERGROWTH-21st project

The international standards – one for the growing fetus and the other for newborns – are published today in two papers in the medical journal The Lancet. They were developed as part of the landmark INTERGROWTH-21st Project, funded by the Bill & Melinda Gates Foundation, which took over 300 clinicians and researchers from 27 institutions across the world six years to complete.

Poor growth in the womb resulting in small size at birth is associated with illness and death in infancy and childhood. It also impacts on adult health with increased risks of diabetes, high blood pressure and cardiovascular disease. Smaller babies result in substantial costs for health services and they are a significant economic burden on society as a whole.

The huge improvement in health care we can achieve is unprecedented

Being born overweight is also a worsening problem, particularly in developed and emerging countries, as a result of rising maternal obesity rates due to overnutrition. Overweight babies are at increased risk of diabetes and high blood pressure later in life.

At present, over 100 different, locally produced, growth charts are used around the world to assess fetal growth and newborn size. These only describe how babies grew in a particular population or region at a given time. International standards, on the other hand, describe what can be achieved with optimally healthy growth.

The researchers calculate that, each year, at least 13 million more newborns worldwide will be identified as being undernourished using their international standards. These babies are now considered 'normal', when local charts adapted for undernourished populations are used.

Ultrasound scans were performed every 5 weeks from early pregnancy (14 weeks' gestation) to delivery to generate the first international standards for fetal growth. Identical methods and the same ultrasound machines provided by Philips Healthcare were used in all countries.

Measurements of weight, length, and head circumference for more than 20,000 babies born between 33 and 42 weeks' gestation were used to generate the newborn standards.

This study design was the same approach taken by the WHO's Multicentre Growth Reference Study of healthy infants and children, which established the international WHO Child Growth Standards, from 0 to 5 years of age, that are now used in more than 140 countries worldwide.

Combining the WHO Child Growth Standards with the new fetal and newborn standards will provide health practitioners worldwide with clinical tools to monitor growth from early pregnancy to school.

'We have produced the first international standards describing how babies in the womb should grow when they are provided with good health care and nutrition, and are living in a healthy environment,' said Professor Stephen Kennedy of Oxford University, one of the senior authors of the study. 'We now need to work with politicians and clinicians at regional, national and international levels to introduce the new tools into practice around the world.' 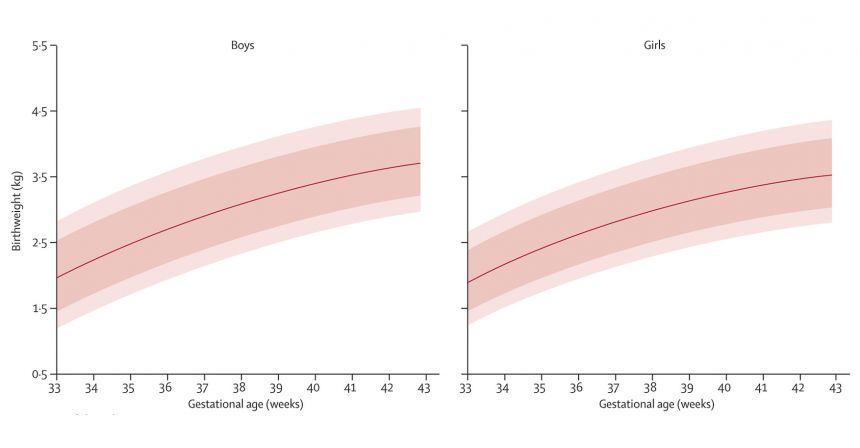 International standard for birthweight of boys and girls
(c) The Lancet.

Professor Zulfiqar Bhutta, from The Aga Khan University in Karachi, Pakistan, and the Hospital for Sick Children in Toronto, Chair of the INTERGROWTH-21st Project Steering Committee, said: 'These new standards for fetal growth and newborn size, and standardised methods for comparing length/height and head circumference for gestational age, are the best ways to compare populations across the globe. We hope their widespread use will contribute to improved birth outcomes and reduced perinatal mortality and morbidity worldwide. When combined with the existing WHO Child Growth Standards, it will be possible globally to make judgements on growth and size from early pregnancy to 5 years of age.'

Dr Julian Robinson of Harvard Medical School said: 'These are reliable tools to recognise inappropriate growth that can be applied to all the 120 million babies born every year in the world. In developed countries, introducing the standards will lead to more infants being diagnosed at birth as overweight and treated earlier to prevent chronic diseases later in life.'

The two Lancet papers follow the publication in July of two other papers from the INTERGROWTH-21st Project. The first in The Lancet Diabetes & Endocrinology showed that most of the variation in the average size of babies born in different places around the world is due to socioeconomic, healthcare and nutritional differences – rather than ethnicity or country of birth. The second described a new international standard for dating pregnancy by ultrasound during the first trimester and was published in the journal Ultrasound in Obstetrics & Gynecology.

Together these papers provide a complete package of clinical tools for use worldwide in pregnancy and the neonatal period. 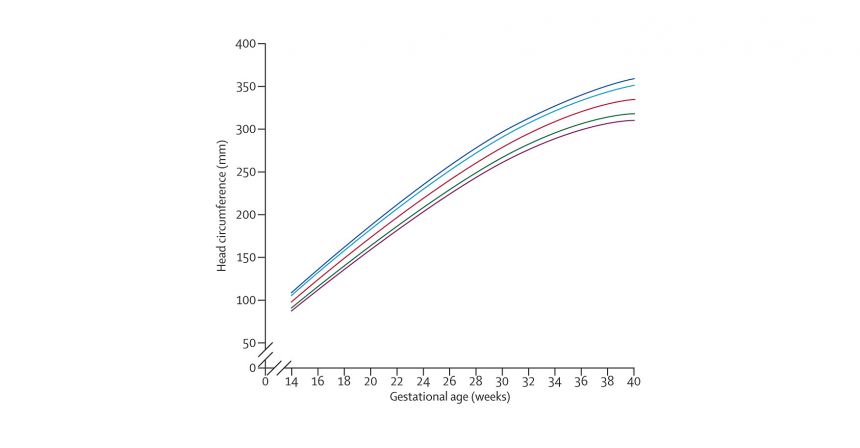