New research led by the University of Oxford, published in Conservation Letters, has examined the conflict between small-scale fisheries and marine mammals, using the experience of fisheries on the west coast of South America to highlight a worldwide issue. 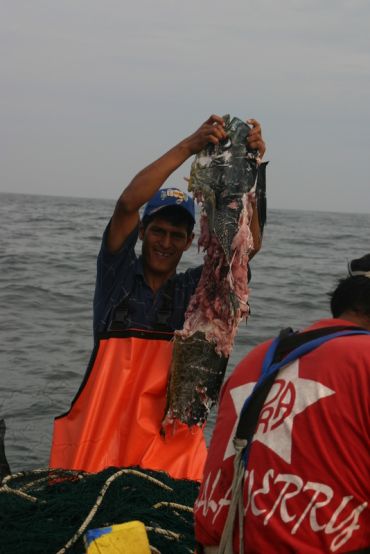 Sea lion depredation
Globally, conflict between recovering seal and sea lion populations and fishing communities has been escalating. This new research presents a unique overview of this conflict, particularly from the fishers’ perspective, and proposes solutions that will be relevant to many fishing communities around the world.

In this part of South America, specifically Peru and Chile, marine mammals have been protected since the mid-20th century. Conservation policies have mostly been successful and over the last thirty years marine mammal populations - specifically those of sea lions and seals - have recovered. The study found:

• Nearly 9 out of 10 fishers have a negative impression of sea lions.

• Fishers report that on average sea lions reduce their catch and income by over 50%.

• Whilst it’s illegal for sea lions and seals to be killed, this is happening regularly with over 70% of fishers admitting that sea lions are being killed to defend catches.

• Fishers’ overwhelming concern is that sea lion populations are now too large.

To manage this conflict, there’s a need to balance the competing objectives of wildlife conservation with protection for local communities. There’s still concern about sea lion and seal populations because of how recently they’ve recovered, but small-scale fisheries are struggling, and fishers are often earning less than the minimum wage.

The international community needs to incorporate the needs and opinions of fishers in the global dialogue, including considering if protecting human welfare could involve reducing protection for marine mammals.

‘If the global community is committed to a post-2020 deal for nature and people where improvements to people's wellbeing and nature conservation are both fulfilled - the elusive ‘win-win’ - then governments and scientists must engage with these “messy” local conflicts that repeat across the globe but resist high-level simplification.’ Professor Katrina Davis

'The recovery of marine mammals means that there’s a much higher likelihood that these animals will come into conflict with local fishers.'  Professor Katrina Davis

Sea lions and seals eat the same fish targeted by fisheries, so they’re in competition for resources, and it’s not uncommon for fishers to catch fish that have already been ‘nibbled’ by the marine mammals. They can also be accidentally caught in fishing nets and break them, meaning that the fisheries must pay to replace equipment.

By understanding fishers’ motivations and perceptions we can develop more effective managerial solutions to the fisheries. Including managing sea lion populations, providing financial compensation for catch losses and gear damage, training programs, and shifting focusing from fishing to eco-tourism.

Lead author Professor Katrina Davis says, 'A tricky balance must be met between ensuring the future viability of marine mammal populations and ensuring that the livelihoods of small-scale fishers are protected. Fishers perceive that they are suffering large catch and income losses because of sea lions—and it’s these perceptions that we have to manage when we’re developing policy solutions.'

Moving forward, researchers plan to investigate the impact of culls on these interactions, whether this would be viable without harming population levels, and whether it would curb aggression towards marine mammals.