With one of the biggest fan-clubs in the animal kingdom, penguins are undeniably cute. From Pingu to Happy Feet and the countless wildlife documentaries centred around them, they continue to capture the public’s imagination.  Despite their enduring popularity though, the knock-on effects of climate change and over-fishing have sent species numbers into decline.

To mark World Penguin Day, ScienceBlog talks to Tom Hart, penguinologist at Oxford University, about his team’s massively popular ‘citizen science’ platform, Penguin Watch. Now in its third year, Penguin Watch harnesses technology and people power to help protect this universally loved seabird. Tom discusses the evolution of the initiative and his plans to use automation to take the research to the next level.

What is Penguinology and what are your research goals?

Penguinology is a term that I came up with, that quickly went viral. I stand by it and love it, because it actually explains what I do. Penguinology at Oxford University operates on two levels; firstly, population genetics, which is the study of penguin movements and how they change over time.  This is quite a technical work-stream, understanding colony populations and how they evolve.

A lot of penguin research studies focus on colonies in isolation, which is logistically pretty easy to do and useful if you want to study single elements in detail. We focus on big picture research, answering broad 21st century specific questions like ‘what is the human impact of fishing and climate change?’ Studying a single colony doesn’t answer that question. To gain that level of understanding you have to gather and use data on a huge scale, which is not so easy. 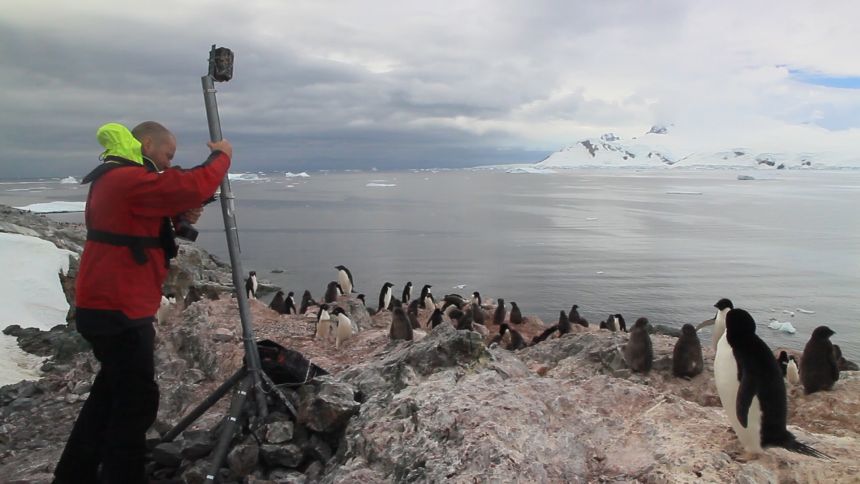 What sets Penguin Watch apart from other ecology studies?

We use a series of time lapse cameras, set up across the Southern Hemisphere to capture data on penguin behaviours, breeding habits and timings.  The cameras cover a wide geographical area, in some of the most remote places on Earth. They monitor continuously throughout the year, so collecting the data can be a challenge. The images gathered can tell us about the winter activity of penguins, and how they behave in their daily lives, breeding habits etc. Breeding is quite synchronous, so from the patterns observed we can understand and make predictions around these habits. For example, when they breed and lay eggs, when the chicks hatch and how many will survive per nest. We leave the camera for anything from one to five years, and then go and collect the cameras.

Penguin Watch itself is the ‘Citizen Science’ initiative that we set up to manage all the incoming data, from these photographs. If you imagine we have over 100 cameras taking a photo every hour throughout the whole year, which amounts to 8,000 photos per camera, you can see how it quickly builds up into a dataset that we couldn’t manage just the two of us. We tackle that by hosting the pictures online, and inviting members of the public, of all ages, to log on and count the penguins for us. By clicking the penguins in each photograph, they have identified them for us. In terms of raw data the programme allows us to capture a real breadth of detail. Everything from the number of penguins to the number of eggs laid and chicks hatched, and of course the date and time that the activity was observed, captured throughout the whole year.

How has Penguin Watch evolved over time?

Over the years our approach to outreach has improved and increased - particularly with schools. We engage much more with children now than we used to. Fiona (Fiona Jones, Penguinologist and PHD student, working with Penguin Watch) does a lot of great work in this area.

Each image is shown to multiple participants, and we use the clustering algorithm data to work-out a consensus from there. This means that we can filter out any mistakes, and just benefit from the kids’ enthusiasm. We learnt quickly that even when participants were relatively young their input still added value.

Science and innovation go hand in hand in today’s society, what role does innovation play in your work?

Innovation is integral to our work. I think of innovation as not only being about how you use technology, but also coming up with new and creative ideas to solve existing, practical problems.  Our camera technology is relatively simple and off the shelf, the equivalent of a point and shoot camera with a time lapse clock. Thanks to the internet and tech developments like the evolution of the smart phone, the Citizen Science model, involving public volunteers in research, has progressed a lot in the last ten years ago.

The platform has a really nice, dual benefit. From our point of view, we get our penguin data processed, and the general public also get to be a part of the research process. People enjoy being useful - and they are.

Do you have any plans to expand the programme further?

In the beginning, we were working with Professor Andrew Zisserman and Carlos Arteta, in the Department of Engineering, and the intention was always to automate the cameras. But it transpired that it was a lot of work. It was Andrew that first suggested that Penguin Watch should be a ‘Citizen Science’ project. Being at Oxford University, we were fortunate to have the best possible platform for a public engagement model already.

Looking at how much we are able to do with the images collected at this stage, the logical next step for us is to look again at introducing automation into our work. If you think about it, our cameras are already taking our place in the field, and are in fact better than us at the legwork. They already take hourly pictures without fail, all we need to do now is make them a bit smarter and more interactive. 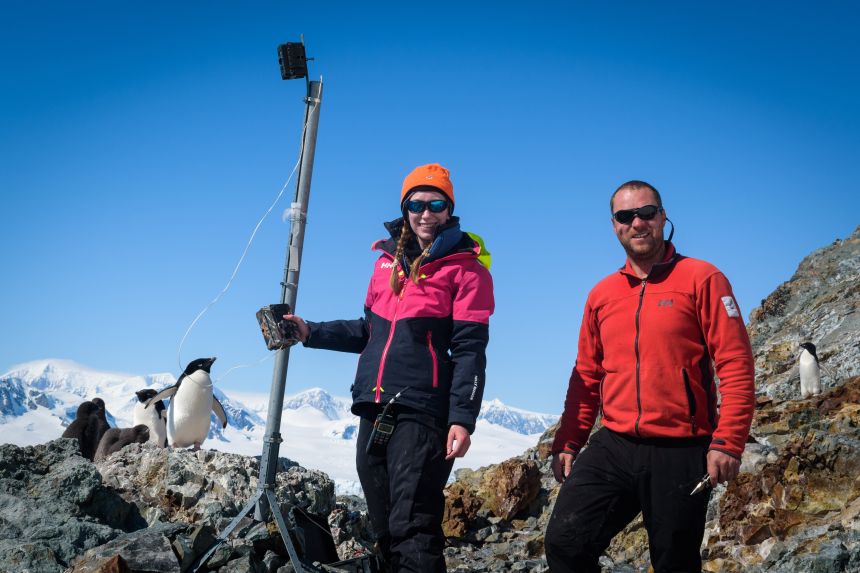 How do you plan to do this?

We are building our own camera tech, and using machine learning to programme them to operate independently - like a Mars rover . For example, if the lens were to become covered with snow, we would teach the camera to recognise the white covering, and to heat the lens, melting the snow away. Penguin behaviours are also quite synchronous, so if anything unusual happens within view, the camera will detect that something new is happening, and take more photos of it.

How do people respond to Penguin Watch?

The platform has a really nice, dual benefit. From our point of view, we get our data processed, and the general public also get to be a part of the research process. People enjoy being useful, and they are.

Did you always want to become a penguinologist?

The short answer is no. I wanted to make a difference and knew I wanted that difference to be in marine ecology. I came to the field via an interest in fisheries, which as a response to environmental pressures then turned into penguins. 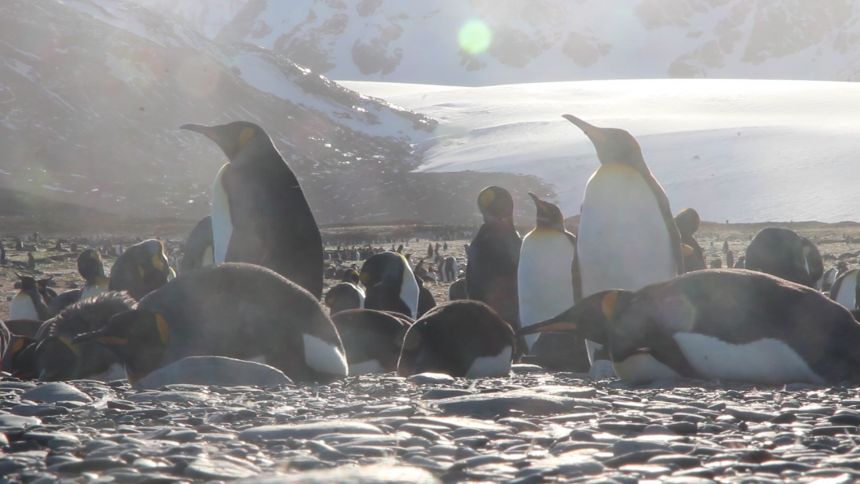 What do you hope the impact of Penguin Watch will be long term?

That the camera network will take over the world! Lots of people use time lapse cameras now, and the technique is definitely catching on. But I would say that end to end, our approach is unique. At the moment it is just us and our collaborators that are using our system, but it is a nice and effective model to use anywhere, and to monitor seabirds in general.

What has your career highlight been to date?

In the field, it would have to be landing on the South Sandwich Islands or the Danger Islands for the first time. Being the first to discover a new colony to science is indescribable. But for our research in general, I am very proud, not just of the computer vision involved, but the introduction of automation into how we process data. 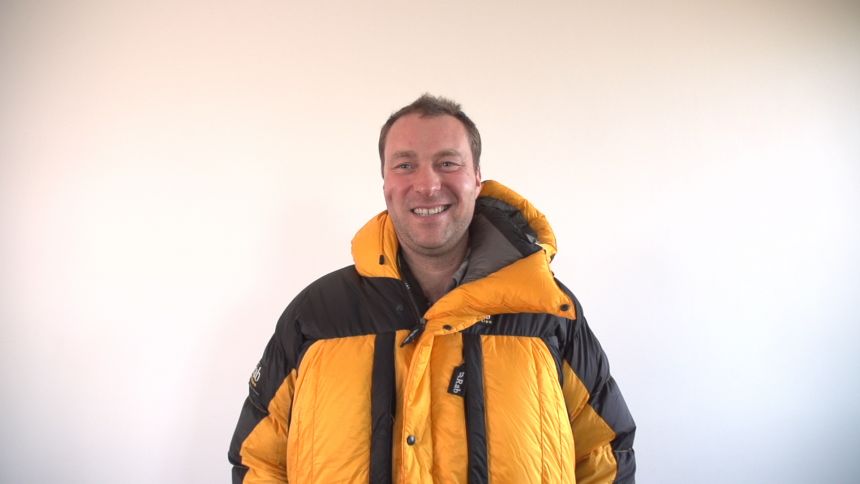 With initiatives like Ocean Optimism and the recent Conservation Optimism Summit, the general mood in the nature conversation seems to be more positive at the moment, would you agree?

I really like the idea behind this, but we have to be pragmatic. I think it’s great to have something positive amongst the doom and gloom. It is of course important to know which are declining but also which are stable and thriving. We can come up with good examples of species in specific regions that are bouncing back, where appropriate conservation action makes a difference and can reverse declines. For example in the case of the Blue Penguin in Australia. But overall it is a bit sad, in that 12 out of 18 species are declining. Being optimistic will not change that.

Is there anything that people can do on an everyday basis to support the protection of penguins?

Obviously we would love more people to get involved with us and take part in Penguin Watch, you can do it from the comfort of your own home so there is no massive obligation attached.

The easiest way to help is to stop buying krill based products. Penguins feed on krill and expanding krill fishing is having a big impact on their populations. Krill oil supplements, basically alternative Omega 3 vitamins, have become fashionable in wellbeing circles. They are much more popular in places like Australia and China, but you can pick them up in most UK supermarkets too. Please don’t.

One of the most popular penguin related questions is ‘Why don’t you find penguins at the North-Pole?

Answer: The tricky answer is you do - or you did.

The word penguin comes from the Welsh for Great Auk, a seabird which is now extinct. Hunted and eaten to extinction in the northern hemisphere, they looked very similar to penguins today, and occupied a similar ecological niche (although they were not technically penguins at all). It is interesting to think about whether penguins could survive if they were transported to the North Pole, but they definitely could not get there on their own, and they would face unknown predators such as polar bears. Historically those regional niches are already occupied by other seabirds, so there would be a lot of inter-species competition if they were introduced.