A lawn of bacteria (yellow/orange) growing in a petri dish with a circle of death (the black hole in the centre) caused by phage. However resistant bacterial mutants have emerged within 24 hours (purple blobs) and are beginning to regenerate.

Alex Betts, Craig MacLean and Kayla King from the Department of Zoology, shed light on their recent research published in Science, which addressed the impact that parasite communities have on evolutionary change and diversity.

It has been over 150 years since Darwin published The Origin of Species. Nevertheless, the evolution and consequences of biological diversity are pressing questions still being tackled by evolutionary biologists.

The world is full of parasites and their antagonistic interactions with hosts can have big evolutionary consequences. Virtually all organisms are infected with parasites or are one themselves. Heavily infected hosts can be under strong natural selection as they are unlikely to reproduce. Hosts can reciprocally impose strong selection on parasites as resistant hosts can fight them off, crippling parasite ability to establish an infection and reproduce. This intense, mutual antagonism can drive rapid evolutionary change and is thought to be responsible for many other aspects of biology, from sex to speciation.

Hosts are often under attack from multiple different parasite species. We tested whether this parasite diversity shapes the mutual antagonism with hosts over evolutionary time (e.g. coevolution). 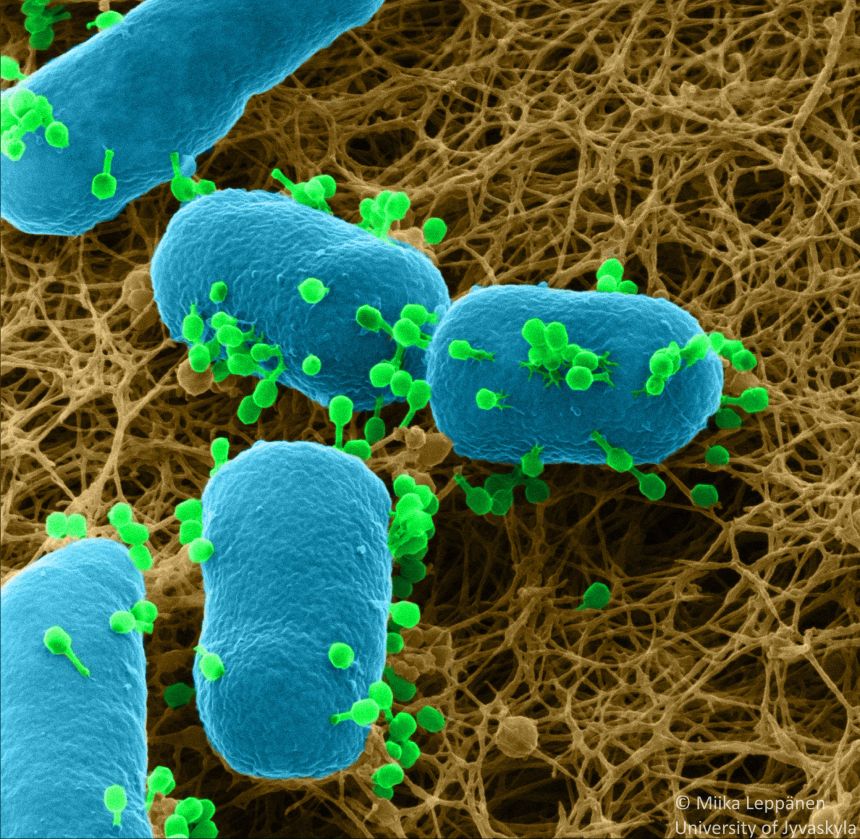 In research published today in Science we studied interactions between a single-celled bacterium, Pseudomonas aeruginosa, which acts as a host for bacteriophage parasites - tiny viruses that infect bacterial host cells, reproducing inside these cells, and burst their host to release their progeny. This host-parasite system is very useful because we can observe co-evolution between Pseudomonas and phage in real-time.  At the start of experiments, the bacterial clone we used was susceptible to all of our viral parasites. However, the bacteria rapidly evolved resistance to phages by modifying their cell surface to make it harder for phages to attach and infect: phage must attach to the cell surface before they inject their lethal DNA. In response, phages evolved modified structures to attach to the altered cell surfaces.

Diverse parasite communities are typical in many ecosystems. Our work shows that, relative to infection by single parasite species, parasite diversity can drive rapid evolution of host resistance. Host populations also become more evolutionary divergent from each other. Ultimately, this genomic split between populations could lead to the formation of new species of bacteria and phage.

In our experiment, we also tested whether increasing parasite diversity alters the mode of coevolution between hosts and parasites. We further examined how changes are mediated through mutations in host and parasite genomes. The nature of these changes often falls into one of two competing descriptions: Arms Race and Red Queen. Arms races involve the escalation of host resistance and parasite infectivity continuously through time, such that future populations of hosts (and parasites) are always more resistant (or infective) than ancestors. By contrast, Red Queen coevolution is dominated by patterns of rotating strategies to match your present opponent, such that today’s strategy should be most effective with your opponent now, and less suited to past or future opponents. 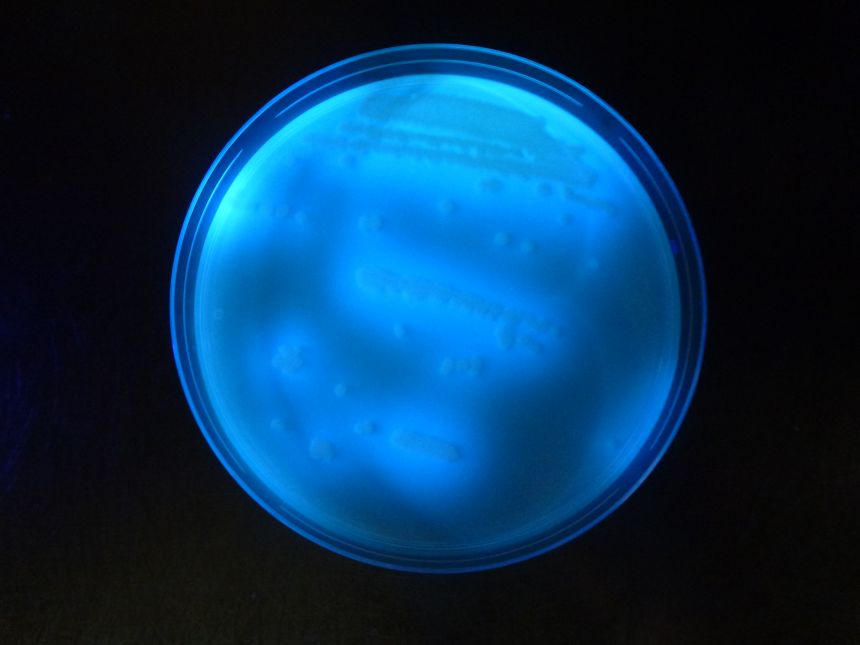 Image shows the ancestral bacteria from this experiment growing in a Petri dish using the same growth media as this experiment. The bacteria are naturally fluorescent under UV light.

Our study reveals that parasite communities can form hotbeds of rapid antagonistic coevolution. With increasing parasite diversity, coevolution shifts in favour of stronger arms races between hosts and parasites. As parasite diversity increases, coevolution speeds up. Both hosts and parasites evolve ever greater levels of resistance and infectivity, respectively. This whole process is underpinned by a shift in hosts towards the spreading of a general defence strategy suitable against a variety of enemies. Maintaining different kinds of resistance specific to fighting each parasite in the community is not the best approach. The ability of hosts to use generalised resistance mechanisms is crucial to the acceleration of evolution that we see in the face of a multitude of parasites.

These results have profound implications for our thinking on the drivers of rapid evolutionary change and the evolution of diversity. It may well be that parasite communities play a role in the elevated rates of evolution observed in natural ecosystems with high levels of diversity, such as the Amazon rainforest.

The full paper is available to view from the journal Science

Artistic Licence: Drum and bass… and opera?
The evolution of division of labour