Oxford is making waves, economically and academically. Thanks to the thriving Oxford ecosystem, 2016 was a great year for both the city and the University of Oxford.

Oxford University Innovation, the commercialisation branch of the university and newly crowned tech transfer unit of the year*, is playing a key role in changing the face of the city, and driving a new generation of regional entrepreneurship and investment. OUI play a transformative role in translating academic research into tangible solutions with societal impact. Science Blog talks to OUI’s Chief Executive Officer Matt Perkins and Chief Operating Officer Adam Stoten their role in building the Oxford Ecosystem, and the challenges they are navigating along the way.

For those that don’t know, what is Oxford University Innovation, and what is its relationship to the University?

Matt: OUI is 100% part of the University. Our job is to monitor the University’s innovation agenda, and fulfil these objectives. We find the best commercial outlets to make sure that academic research is commercialised and broadly used, to have as wide an impact on society as possible.

Adam: The University is incredibly diverse, so the needs of one department may be very different to another. It is really important that we develop the right mechanisms and approaches to suit particular cohorts of researchers. 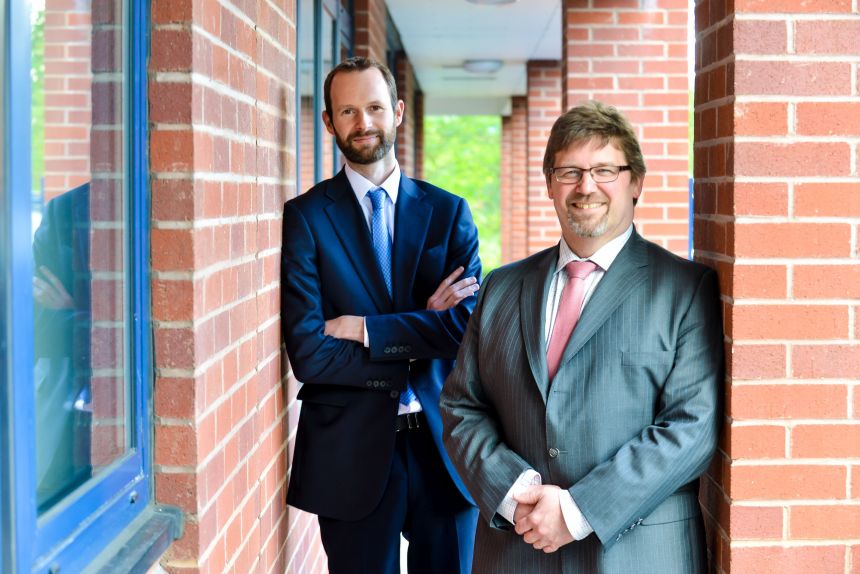 (L-R) Oxford University Innovation's Adam Stoten (Chief Operating Officer) and Matt Perkins (Chief Executive Officer) discuss their role in building the Oxford ecosystem and the challenges that they are navigating along the way.

Oxford has not historically been known for its tech outputs, what are the biggest challenges in building an innovative ecosystem?

Matt: There are a lot of good entrepreneurial services available in Oxford, and they aren’t always clearly signposted. For us, it is about making it simple and easy for people to understand and navigate the ecosystem, supporting the inventors and innovators of tomorrow to get started.

We have our Start-up Incubator, which supports companies that have been established by either students or alumni. We call these businesses start-ups, rather than spinouts.

Said Business School have their Launchpad and will soon open the Foundry, and they are both work spaces for budding entrepreneurs to achieve their ambitions and develop their inventions.

The links may not be as explicit as they could be, but each facility is related to the other, and more relationships will be established moving forward.

Helping people to find their way around the services available is a key element that OUI can bring. We can give the outside world a shop window into the Oxford University ecosystem. But one of the things we need to get better at doing is integrating ourselves and working more closely with people outside of the university environment, spreading this message more broadly.

There are some great organisations out there, such as the Oxford Investment Opportunity Network (OION). We need to find ways of reaching out to and working with them.

Are you able to share how you will go about that?

Adam: A cohesive regional voice is key, and being more collaborative is a big part of our plan for the future.

Cambridge University has done a really good job of acting regionally. Oxford is much more connected than we were a few years ago, but there remains an opportunity for all the different actors from the Oxford cluster to better market themselves, their outcomes and capacity from this region. I think that is great, and a great opportunity.

Matt: Oxford University is part of the community.  We are not the whole community. We play a very strong and important part in it, but everyone will benefit from the whole region developing. The University has tremendous global reach, and that is a massive benefit for the city. We need to make sure the region understands what we can do, that the country understands what we can do. And then reach out to the rest of the world. 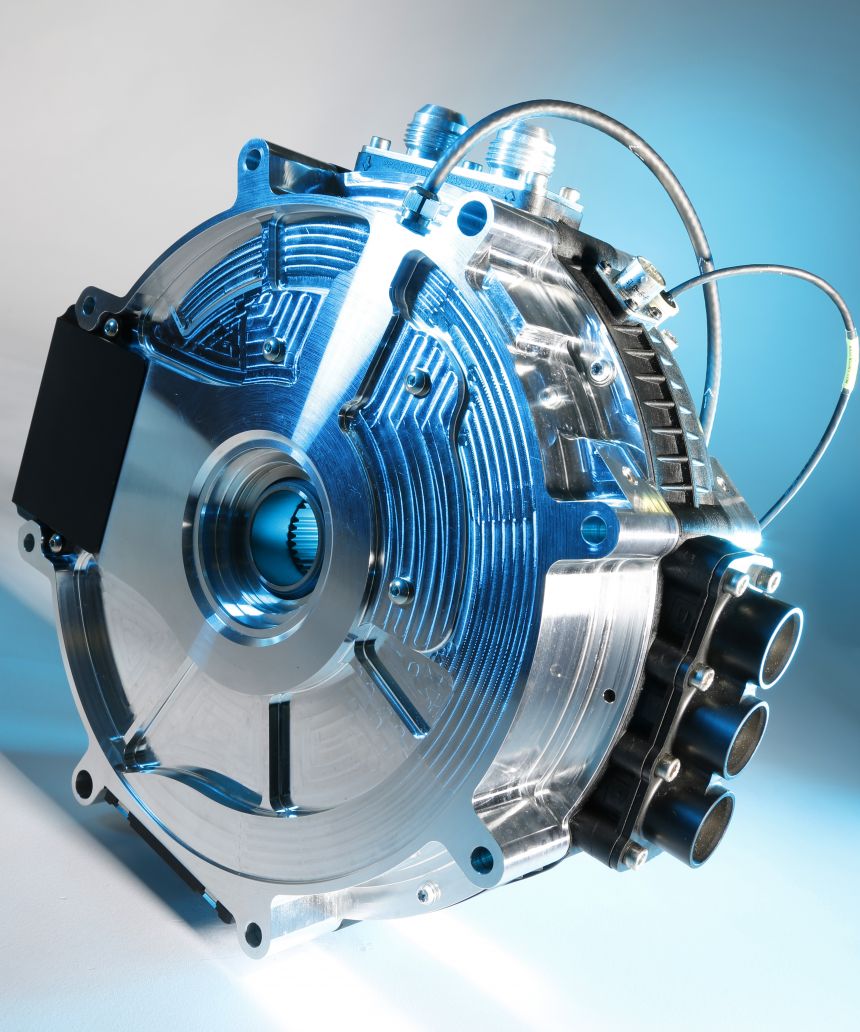 Innovation and spinouts are talked about a lot, but for many their meanings can be a bit clear, can you breakdown the jargon?

Adam: A spinout is a new company that is formed and founded by University academics, with the intention of developing a product or service(s), with societal impact.

The product itself can be anything, providing it is utilising intellectual property (IP) and is tangible for consumers. That could take the form of a patent, or it could mean channelling know-how and expertise into providing a service.

And what does innovation mean to you?

Matt: For me, it is the practical application of knowledge. Taking something you know and using it differently to achieve something that you couldn’t do before. That can take many forms: intellectual property, providing a service, reaching new markets - these are just as innovative as developing a new technology.

Adam: In our context it comes down to any way that we can help translate the outputs of university research into some kind of societal impact. That could be a new gene therapy to cure blindness, or a new smartphone game to help train healthcare workers in the developing world so they can respond to acute paediatric emergencies. That is actually a project called LIFE, which was the first to be successfully funded from our new crowdfunding platform, OxReach. It was launched with colleagues from the University last year and went on to hit its crowdfunding target of £60,000, and then to leverage almost a quarter of a million more from other investors.

No obvious economic value, but the project had massive impact potential, and could actually help save lives in sub-Saharan Africa. That is the kind of impact that we want to have.

The spinout company Nightstarx is developing an ophthalmology gene therapy that can not only halt the progression of a particular disease, but restore a patient’s sight. Image credit: NightstaRx

Are there any projects in the pipeline that have a strong potential for impact that you are particularly excited about?

Matt: On top of having created 21 spinouts in the last year, we are working on 65-70 more. By the end of the year we will have created somewhere in the region of 20 spinouts. It is an incredible and wide ranging portfolio.

Nightstar is developing an ophthalmology gene therapy that has already shown in clinical trials that it not only can halt the progression of a particular disease, but restore a patient’s sight. We have very high expectations that this research will translate into a new drug with incredible impact.

First Light Fusion is a really interesting organisation that is looking to develop a form of nuclear fusion. The scale of their ambition is enormous, they have some really smart ideas, and we look forward to seeing what will happen.

Yasa motors is also very exciting. It provides e-motors for hybrid or truly electronic vehicles. Their motors are excellent and lead the world in terms of performance per unit weight.

It’s also important to remember that innovation isn’t just about tech. We are also talking to people about running spinouts from the humanities division, which is fantastic! Things like training people to speak new languages. There are some incredibly smart people out there who are coming up with good ideas which have commercial value, and our job is to provide a service to all of them.

Adam: Traditionally our focus has been with medical sciences and MPLS, but more than half of the companies that have been generated through our incubator have been based on social science research. This comes down to us thinking of different ways of commercialising outputs of research and generating impact. It might not be through patented technology, it could be more about consultancy, which is another big opportunity for us to expand our services to the University.

How do you think Oxford compares to other tech clusters and academic ecosystems, in terms of innovation?

Matt: There are lots of great universities out there, but Oxford University is overflowing with intellectual property (IP). University research now underpins around 75 per cent of the world’s key inventions, so no matter where you are geographically, any organisation would like access to that.

Cambridge have a great history of producing companies that have been successful. They started earlier and were the first British institution in that space. They are also doing a great job. This combination has attracted investment and it has attracted great people.

Oxford may have joined the game later, but we are now creating more spinouts a year than Cambridge are, substantially more. The quality of the academic researchers is as good at both universities.

I think the media sometimes like to pigeonhole people.  They see Cambridge as the business university and Oxford as the place for technical experts. We have to find a way of making sure that people understand that we do the business bit just as well. That will take some effort - a combined effort across the university. We are operating at a level which is equivalent with the best universities in the US as well. But it is about raising people’s awareness as much as anything else.

What is the one thing that you would like people to know about the Oxford ecosystem?

Matt: More than anything else I would like people to understand that Oxford is the most vibrant ecosystem in the UK, Europe and probably the US. And it is only going to get better. The more that we can get that out to people, the better. I hope people will see that there is opportunity to create companies, for licensing and for investors to come in and be a part of that success story.

Adam: In the UK and Europe the Oxford ecosystem is unparalleled. You have the powerhouse of the University research, combined with access to the world’s largest investment fund dedicated to a single institution. And there is what I would consider to be the best tech transfer office working in Europe, supporting it all. I think that is an incredibly powerful combination.

Women in science: why female mentors matter in engineering
Ancient teeth show our ancestors coped as the climate changed