This year’s winner of the Premier League Fantasy Football competition and Oxford Mathematician, Joshua Bull, talks to Oxford Science blog about strategy and how maths can help us understand the infinite complexity of the world – from football to cancer. 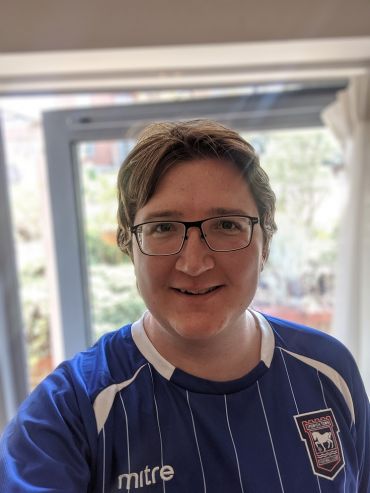 Joshua Bull
How did you get into playing fantasy football?

I’ve had a team for a few years. We have a family league, called The Bullfight, because of our name.

Did you apply mathematics to your fantasy football team?

I had some strategies that I was trying to follow, but I don’t know if they’re mathematically the right strategies. I’ve since done some analysis, and although I didn’t use maths to get to these conclusions, I’m asking myself if I can use maths to show whether they’re the right conclusions or not? Can I improve on my strategy?

Was your instinct underpinned by mathematical knowledge?

There’s a lot of strategic thinking in the game which mathematicians tend to be quite strong at; the planning ahead with a view to maximising points - not just this week but for the next few weeks. Magnus Carlsen, who’s the world chess champion, was top of the fantasy league at one point this season. He finished within the top 10. People at the time were saying – this is someone who’s famous for thinking strategically, and then when I started doing well they said ‘Hang on, there’s an Oxford mathematician also doing well’, so they tried to make those links. There’s a lot in strategic thinking in it.

The talk that I’m giving on Tuesday 8 September is linking my day to day work to this win, where I try to use maths to try to tackle complex problems. The way that we do that is to break the complex problems down into smaller, simpler examples. By making those simplifications, you try to understand how one, specific thing might impact that big system. You can apply the exact same logic to fantasy football. So, you’ve got all of this data out there and you want to know how making your team choice is going to impact on your points. That’s the kind of thing that you can quite happily model mathematically. These are the things I was thinking about, even if I wasn’t writing down equations.

Some people certainly do. There’s a lot of teams where people will train a neural network on the data of previous seasons and try to predict the best team. Some of those are more successful than others. But it’s not the case that it’s a game that a computer is better at than a person.

All the teams play once and then you can make transfers. You can only make one or two changes per week. If you want to make any more than that it starts costing you points – you have to pay a forfeit. So, there’s a real optimisation problem where there are players you might want to bring in, but it’s not necessarily easy to say ‘I want them in my team, so I’ll get them in my team.’

Everybody knows at the start of the year which players are going to get most points, but as a result they’re priced accordingly. So, you have the question, do I have a few very expensive people but have to make compromises for the rest of my team? Or do I have less of those expensive players and have a more balanced team? In itself – that’s a classic maths problem.

How much time did you spend on the league?

Not a massive amount. I did get into a routine – particularly as I started to do well – checking in with a very active online community. I’d spend probably 10-15 minutes a night checking what I’d missed, and then trying to take all of that information in and make the decision about what transfer to make over the course of the end of one week and start of the next.

Do you think there’s anything that transfers to the real world that might be helpful?

The skills that I was using, they’re not directly relevant for managers, but I think that maths itself is very relevant for football managers. We’re starting to see much more focus being put on looking mathematically at how you can improve your football team. The things that footballers traditionally think are important for scoring more goals and winning games are not necessarily the things that are statistically more important. For example – when should you take a shot as a footballer to give you the highest probability of scoring, from certain positions on the field? The best option statistically speaking isn’t necessarily the one that gets the crowd excited! It’s the same in fantasy football as well. You can use maths to show you an improved strategy to improve your odds, but you still need to take those risky shots that might pay off.

Could you tell me about your own research – what do you look at?

At the highest level, what I’m looking at is how we can improve cancer research using maths. So that’s a very broad interest. I focus on the locations of immune cells within tumours. It correlates to the patient prognosis and has all sorts of effects on treatments – particularly immunotherapies. I collaborate with groups in the Nuffield Department of Medicine and in clinical research as well – it’s very much a two-way street.

What got you interested in this area of research?

It’s a very long story, but ultimately, when I was doing my Masters, I actually got a brain tumour – it was benign and it was OK in the end but it was on my pituitary gland. So, I basically had no working memory for a few months and I had to drop out of my Masters – this was at Durham. They very kindly said: ‘if you get your memory back, come back next year and go again.’ I saw a course on mathematical biology including tumour modelling. I’d never heard of that before but thought I’d give it a go. I ended up applying here at Oxford for the PhD.

You recovered and your memory came back?

It did indeed. I didn’t notice anything at the time but everyone around me was saying – ‘Josh, you really need to go and talk to a doctor, you can’t remember anything.’ I would have conversations with my friends and say ‘What day is it today?’ and a few moments later I’d ask again. People thought I was joking at first and then realised I wasn’t and it was serious. Luckily there was a drug treatment that was able to shrink that particular tumour. From my point of view, it was like a miracle cure – within a few months I was back to normal. It was absolutely amazing. It really got me interested in applying maths to the real world. I never thought that people were doing it in biology, in cancer research. It does feel really good to do things which one day might have an impact on patients. I don’t think we’re there yet, but I think in 10-20 years’ time it will be much more routine that cancer treatment will be personalised based on mathematical predictions. I believe that’s the direction we’re moving in.

Are you committed to this area of research now?

One of the wonderful things about maths is that you can apply similar techniques to all sorts of different fields. I definitely want to keep working in cancer research, but, for example, the techniques I use can be applied to other problems like looking at immune cells in Covid. So, from a biological point of view it’s a completely different problem, but we can apply the same types of mathematics and hopefully understand a completely different system. I love that idea that, with maths, your main focus can be on tumours, but that you can basically do anything else. The world of biology is so big, there are so many things to look at. If you can describe something mathematically, you can understand it better with mathematical models. It’s true for cancer, it’s true for fantasy football.

Watch Joshua Bull deliver his talk ‘Can maths tell us how to win at Fantasy Football?’.

Sacked by an algorithm: managing the future
Q&A with John Tasioulas, new director of the Institute for Ethics in AI