Let me start with a statement of the blindingly obvious: People are fundamental to health services. Design whatever health system you like but you'll still need people to deliver healthcare to those other people - patients. As an example, Oxford University Hospitals Trust has more than 12,000 staff and around one million patient contacts each year.

So when you're designing or redesigning parts of your hospital or drawing up new processes and procedures, it's probably a good idea to take the people into account…

For example, you have two drugs to inject into a patient. One needs to be injected into the spine, the other into a vein. The catch: If you inject the second drug into the spine, it is almost always fatal. The problem: The two drugs look pretty much the same – syringes in clear packaging. 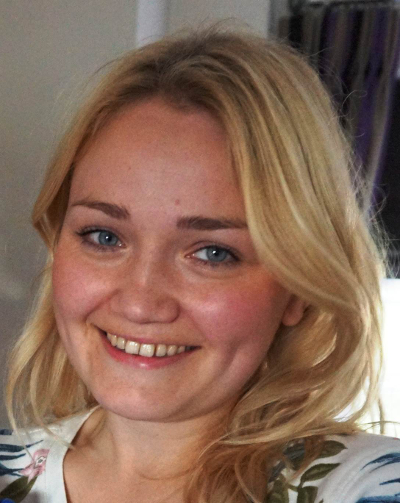 Doctors are designing their work environment all the time, whether they're setting up the operating theatre or selecting tools and equipment.

Yet, around the world, similar errors had been made before and similar errors have been made since – Vincristine has been injected into a patient's spine more than 120 times since 1968. In almost all cases, the issue is that two syringes look similar.

A few years later, a Loughborough Ergonomics student is being taught about human factors and Vincristine is an example.

Now, Dr Morgan is a human factors researcher based within Oxford's Nuffield Department of Surgical Sciences and working in the Oxford University hospitals. I talked to her about her work and started by asking her to explain what's meant when we talk about human factors.

'It's about anything that affects the way humans can do their work,' she says, explaining that it breaks down into five areas – physical environment; tools and technology; organisation and culture;  people; and the work they do.

'Doctors are designing their work environment all the time, whether they're setting up the operating theatre or selecting tools and equipment. That is unique to medicine. Then they step up to management where they design organisational processes.'

The use of human factors specialists to advise on these designs is still unusual. Lauren says she knows of three other people doing what she does, but the usefulness of her advice is increasingly recognised.

'Mostly, the Trust asks for training. However, the IT and Medical directors have asked for a redesign of some of the tools and processes of care, and that's really where we can start to make an impact.'

Making the most of the tablets

As more technology is introduced, there are opportunities to redesign things better. One project has been SEND – the System for Electronic Notification and Documentation – now rolled out across the four hospitals run by the Oxford University Hospitals Trust. This replaces traditional paper charts with tablet computers that can issue alerts when patient vital signs are too low or high.

'We began by looking at the enablers and barriers to good practice. So we observed what nurses and medics were doing and asked what of that we needed to save and what needed to go. It's about fitting the task to the human so that the system flows the same way as people do.'

Patient notes were often not with patients, so staff would jot down blood pressure or pulse readings on a piece of paper and then transcribe them to the patient chart later. One issue is that errors can creep in when transcribing – misreading or mis-entering information, or putting it in the wrong file. The other is that if the nurse is called away, the latest figures may not be in the patient record when another medic comes to review it, potentially missing a change that could indicate a problem. A further observation was that not all the necessary equipment was immediately to hand, wasting time as staff hunted for it.

These observations informed the set-up of the SEND system and even the trolley the tablet computer was on. All the equipment is on the trolley and the tablet expects inputs in the same order that the staff work, saving around three minutes per set of observations – and there are dozens of these happening every hour. There is positive identification of the patient by scanning a wristband and immediate entry of the figures into the record. There is also a 'concern' button, which staff can press when their professional instincts say while the readings may seem acceptable, the patient does not look right. This overrides any automatic triggers in the system.

Another project is looking to take the principles in SEND further. HAVEN will issue alerts using algorithms to monitor not just vital signs but blood test results, and even what ward they are on (the alerts for a patient on a cancer ward need to be different to those in neuroscience intensive care). One human factors issue is making sure the system doesn't generate so many alerts that people get 'alarm fatigue' and start to ignore them

Lauren believes this work could also provide new opportunities for patients: 'Patients have access to their notes, but the paper charts can be quite hard to understand. With an electronic patient record, there's an opportunity to present information in a way that the patient wants.

A lot of patients with long-term conditions are doing their own health monitoring at home and bringing that to appointments. If they can enter that data into the system, perhaps via an app, we could adapt care plans.

'We could also make things interactive. A lot of patients with long-term conditions are doing their own health monitoring at home and bringing that to appointments. If they can enter that data into the system, perhaps via an app, we could adapt care plans. For example, oncology patients monitor their temperature at home. We could feed that data into the algorithm. One output might be to actively manage appointments: delaying them when things are going well and bringing them forward when the data suggests there may be an issue. People wouldn't have to come in when they didn't need to and we could concentrate care on those who need it most.'

The list of projects goes on – a redesign of neurosurgery referrals to move them online rather over the phone means that they take three minutes rather than thirteen, and all staff can see the entire history of the referral.

Lauren concludes: 'The thing that human factors does is consider all the humans within that system. Clinical staff are obviously one of the human elements, but healthcare is quite unique in that we have these other human elements – the patients – who often get missed when you’re looking at systemic changes within healthcare. That's where human factors can be really useful – to bring their needs and issues and abilities to the fore.'