A collaboration between Oxford scientists and a distillery has produced a special gin called Physic Gin. Based on 25 ingredients found in the Oxford Botanic Garden, the history of this new spirit stretches back 400 years to the garden’s creation in 1621. With this week’s reopening of the Oxford Botanic Garden following months of closure during lockdown, it would seem there are several reasons to raise a glass.

Oxford Sparks’ caught up with Professor Simon Hiscock, Director of the Oxford Botanic Garden for their latest podcast. He tells Sparks how he came up with the idea for Physic Gin from the moment he started in his new role. He says: ‘I wanted to commission a gin because of the great botanicals we have here and the history of the garden.

The intention was for it to grow herbal, medicinal plants, that would then be used in the teaching of herbal medicine for the medical students of Oxford. Gin was also a medicine in its own right, created in the 17th century in Holland and Belgium, for the treatment of fever.

‘The garden was founded in 1621 by Henry Danvers, 1st Earl of Danby, but it wasn’t planted up until the 1640s. Jacob Bobart, the garden’s first director, was an excellent gardener and also ran The Greyhound Tavern just across the road from the Botanic Garden. He started planting the garden and by 1648 he had about 1600 plants here and he made a list – a Catalogus Plantarum – almost like a field notebook, and this little notebook is the inspiration for Physic Gin. Among those 1600 plants are many botanicals that we would use to flavour gin today and importantly juniper because juniper is the base fruit ingredient for flavouring the alcohol.’

The name Physic Gin derives from the fact that the garden was founded originally as a physic garden; a medicinal garden, as Simon explains: ‘The intention was for it to grow herbal, medicinal plants, that would then be used in the teaching of herbal medicine for the medical students of Oxford. Gin was also a medicine in its own right, created in the 17th century in Holland and Belgium, for the treatment of fever.’

After chatting to his local pub landlord about the idea, Simon was put in touch with The Oxford Artisan Distillery, and the collaborative mixing of spirits and minds began. 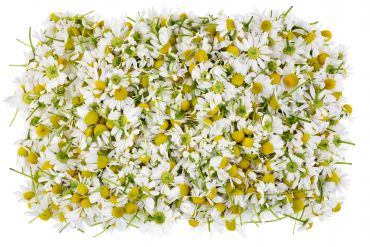 Dried chamomile flowers
Francisco Rosa, one of the distillers at The Oxford Artisan Distillery, working in an old, converted outbuilding stocked with jars of ingredients from coriander seeds to Columbian orange peel, explains about the process of making a spirit: ‘Producing alcohol is about 50% science and 50% art; distilling is also a lot about cooking – coming up with recipes that are pleasant.’

The team of scientists and distillers worked closely together on the recipe for two months to ensure that that the history of the garden went into the bottle with the optimum flavour preserved.

Francisco says: ‘We are always playing. We use spices, fruits, flowers and fresh herbs. There’s a base distillation and some of the botanicals need to be distilled separately.’

Black pine in Oxford Botanic Garden
Just hearing that list sounds enticing enough, but if gin’s not your spirit, don’t worry, the team is currently working together on a new special whiskey to celebrate the Botanic Garden’s 400th anniversary: Black Pine Whiskey. It is being designed to commemorate the famous Black Pine that was loved by J.R.R. Tolkein and grew in the Botanic Garden until it tragically blew down a few years ago. Simon says: ‘Legend has it that this tree with the strange bark that in certain light would give the impression of faces and forms was Tolkein’s inspiration for the Ent People and Treebeard in Lord of the Rings.’

As we start to emerge from lockdown, it’s now possible to start to explore the sources of these inspirations in person as The Oxford Botanic Garden reopens on 22 June, and for those in need of a medicinal tonic, Physic Gin is available to order now.

Listen to ‘Why is Oxford’s Botanic Garden Making Gin?’ on Oxford Sparks.

Find out more about Physic Gin from The Oxford Artisan Distillery.

The Oxford Botanic Garden is now open to visitors. Find out more and book a ticket.

Hear how medicinal plants found in Oxford Botanic Gardens today featured as cures in The Anatomy of Melancholy, published in Oxford the same year that the garden was created.

Plants: the known unknowns which are undermining conservation
A view on climate change from the treetops of Western Africa