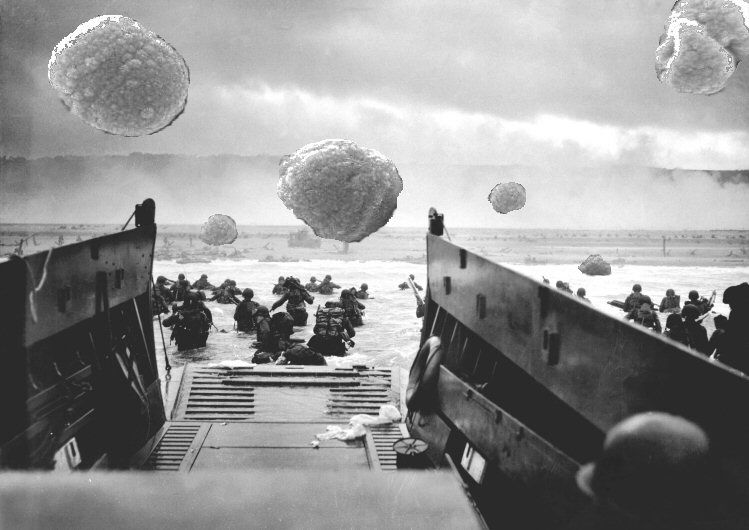 Humans are the casualties of a bacterial war for survival, new research shows.

The story comes from our friends at the Wellcome Trust who highlight work by Sam Brown of Oxford University's Department of Zoology published in Current Biology today.

Our bodies contain a wide range of bacteria which mostly do us no harm. But now and then a bacterium will evolve properties which are potentially deadly to its human host. The big question for evolutionary theory is, 'why?', when killing off its host could mean the bacterium is killing itself.

Sam explains: 'For many microbes, living in harmony with their host is the best option, so why do some suddenly turn nasty? Sometimes the answer is obvious – for example, the cold virus makes its host sneeze, helping it spread wider. But for other bacteria and viruses, which do not normally cause disease, the reason isn't at all clear.'

The team of Oxford and US scientists modelled in mice how the bacterium Streptococcus pneumoniae interacts with other bacteria, showing that competition for space can cause deadlier forms of bacteria to evolve.

S. pneumoniae usually exists in the nasal passage, where it sits quietly: as many as two in five people in some countries will carry the bug without being aware of it. When S. pneumoniae is forced to share space with Haemophilus influenzae, another common, ordinarily asymptomatic bacterium, the two battle for space.

But H. influenzae has an extra trick up its sleeve, calling on our immune system to help get rid of its competitor by recruiting white blood cells called neutrophils, which surround and attack the S. pneumoniae bacteria.

However, calling in an 'immune strike' on its own position has some unintended consequences.

For, in scenes of microscopic carnage reminiscent of the opening of Saving Private Ryan, whilst S. pneumoniae benefits, as H. influenzae are less able to withstand the immune attacks, when a sufficient amount of H. influenzae are present, the more virulent, armoured strain of S. pneumoniae out-competes its rivals: its thick sugar coating enables it to escape attack from the neutrophils, but, unfortunately for us, this coating also makes it more deadly when it enters the human blood stream.

'Creating a new armour is costly to S. pneumoniae in terms of the energy expended to make it, but it means the bacterium wins the battle with H. influenzae,' Sam tells us.

'However, it also means that if S. pneumoniae enters the blood stream, the immune system is unable to stop its rampant progress. Our bodies are unable to cope and the armoured bug could pay the ultimate price: death to its host and death to itself.'

Thanks to Craig Brierley at Wellcome.

Malaria: double the suffering
HGP is 10: the gene therapy challenge