The artefacts from Thonis-Heracleion and Canopus had been submerged at the mouth of the River Nile for over a thousand years.

The artefacts from Thonis-Heracleion and Canopus had been submerged at the mouth of the River Nile for over a thousand years.

Researchers from the University of Oxford's Centre for Maritime Archaeology (OCMA) and senior staff from the School of Archaeology and Faculty of Classics have conducted much of the detailed scholarly and scientific research that underpins interpretations of life in the cities.

The OCMA supports Franck Goddio and his team, the European Institute for Underwater Archaeology, which is responsible for excavating spectacular finds off the coast of Egypt near Alexandria and their interpretation.

Dr Robinson said: 'The significance and scale of the material from these sites is enormous and the condition of the objects is largely pristine. Monumental statues, fine metal-ware and gold jewellery reveal how Greece and Egypt traded and generally interacted in the late first millennium BC.

'Because ritual objects and refuse were placed into the waters of the harbour, they have been protected from the typical patterns of recycling and reuse that operate on land. Only now are we able to see the catastrophic destruction of areas of the site that largely led to its abandonment.' 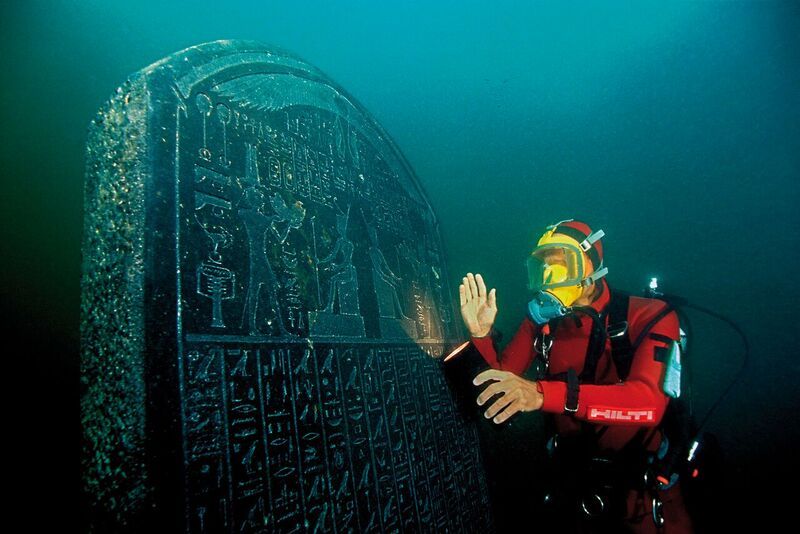 The objects were found at the mouth of the River Nile
Both cities were founded around the 7th century BC at the edge of the fertile lands of the Egyptian Delta and were linked by canals. The researchers have examined lead objects discovered in Thonis-Heracleion that they believe were used for weighing goods in what was once the trading gateway to Egypt before the conquest by Alexander the Great.

Recovered statuettes and votive objects, metalware, and jewellery show the city was also a major religious centre where cross-cultural exchange and religion flourished, particularly the worship of the Egyptian god of the afterlife, Osiris.

The archaeological discoveries are the subject of a new six-month exhibition, ‘The BP exhibition – Sunken cities: Egypt’s lost worlds’, which opened this month at the British Museum in London. 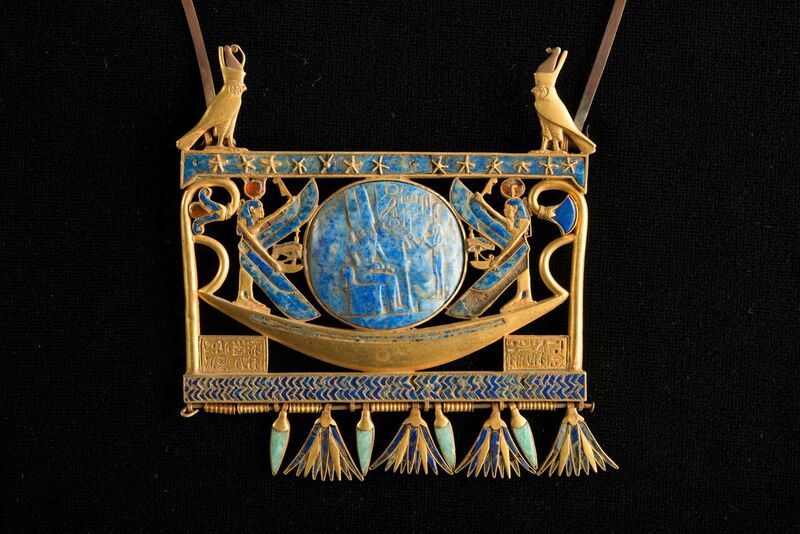