Two of Oxford's early-career academics have been chosen among this year's New Generation Thinkers by the BBC and the Arts and Humanities Research Council (AHRC).

The scheme gives researchers with a passion for communication a platform to share their ideas with a wider audience via BBC Radio 3 and other outlets.

Representing Oxford this year are theologian Dr Dafydd Mills Daniel and English scholar Dr Lisa Mullen. They are the latest in a total of ten Oxford academics who have been selected as New Generation Thinkers since the first cohort was announced in 2011.

Dr Daniel is researching Sir Isaac Newton the committed Christian and alchemist, while Dr Mullen is working on a monograph looking at the work of George Orwell through the lens of his complex medical history, examining how his experience of being a patient influenced his political thought and use of language. 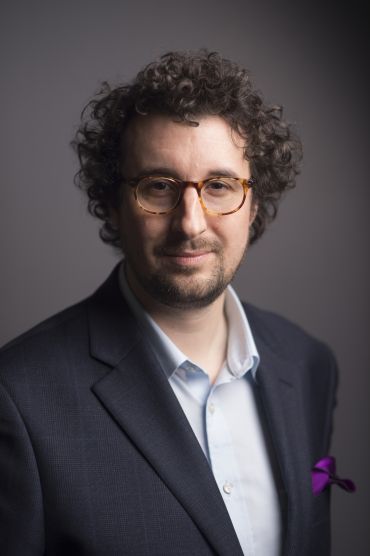 Dr Daniel is the McDonald Departmental Lecturer in Christian Ethics in Oxford's Faculty of Theology and Religion, as well as a theology lecturer at Jesus College. He said: 'I was absolutely thrilled to have been chosen as one of this year's New Generation Thinkers. To go to the BBC and to talk to producers and representatives from the AHRC about making arts and humanities programmes was an incredible experience.

'I am particularly keen to highlight what it means to study theology. Theology is a number of things, and one of those things is the opportunity to study a range of subjects, from languages, ancient texts and the rich tapestry of diverse religious traditions, to ethics, philosophy of religion, and the history of ideas.

'As a New Generation Thinker, my research concerns Sir Isaac Newton. Not Newton the rational man of science, who is often regarded as the founder of the secular age, but Newton the committed Christian, who was also an alchemist – staying up all night in his laboratory attempting to discover the philosopher's stone, which would turn ordinary metal into gold. I find the interplay between Newton the scientist, alchemist and theologian a compelling subject for research in itself. It also crosses over into wider areas of my academic work, which concern the history and development of such ethical and philosophical concepts as "reason" and "conscience" from the 17th and 18th centuries into the modern day.'

Dr Mullen, the Steven Isenberg Junior Research Fellow at Worcester College, said: 'It's a huge honour to be chosen, and I can't wait to get started. Communicating ideas is a key part of being an effective researcher, and the feedback and advice I've already had from people at the BBC and the AHRC has been really useful. 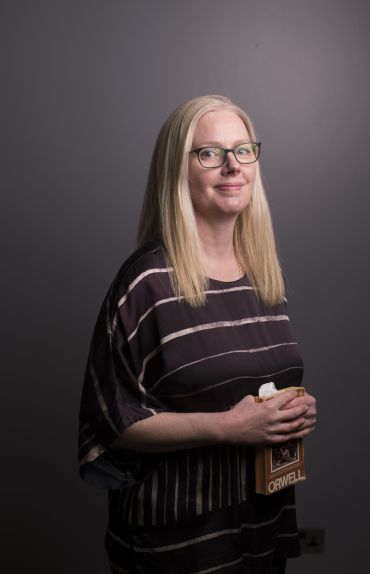 'Like most academics, I’m always happy to talk about my particular area of research and why I find it fascinating, but the New Generation Thinkers award is an opportunity to plug into all kinds of different cultural conversations, and to think about how my work intersects with broader questions and debates. Questions about language, knowledge, power, the value of literature – these are all things that really got Orwell going, and they are just as urgent now as they were in the first half of the 20th century.'

The ten New Generation Thinkers for 2018 were selected after a nationwide search for the best academic ideas with the potential to be shared through the media. The winners will now have the opportunity to make programmes for BBC Radio 3 and other outlets, as well as contributing to wider media through the AHRC. In addition, the scheme partners with BBC Four, where some of the selected academics will be given the opportunity to present a programme for TV.

Alan Davey, Controller of BBC Radio 3, said: 'Radio 3's mission is to connect our audiences with pioneering music and culture, and since its launch in 2010, the New Generation Thinkers has been a central part of this. The scheme has supported and nurtured some extraordinary academic talent, giving the broadcasters of tomorrow a platform through which to present their fascinating and thought-provoking research to our listeners, and I can't wait to hear what ideas these ten exciting thinkers will bring to us in the coming year.'

Professor Andrew Thompson, Chief Executive of the AHRC, said: 'This scheme is all about helping the next generation of academics to find new and wider audiences for their research by giving them a platform to share their ideas and allowing them to have the space to challenge our thinking. The New Generation Thinkers scheme is also one of the AHRC's major vehicles for engaging the public with the inspiring research taking place across the UK. More than ever we need the new insights and knowledge that come from arts and humanities researchers to help us navigate through the complexities of our globalised world and address the moral and ethical challenges of today and tomorrow.'