An artist at Oxford University has won the 2017 Film London Jarman Award.

Oreet Ashery was recently appointed as Associate Professor of Contemporary Art at The Ruskin School of Art and a Fellow of Exeter College.

She has made an immediate impact, winning the prestigious award for UK-based artists working with the moving image. Her successful entry was a 12-part, web-based video series called Revisiting Genesis.

The series looks at the modern death industry and follows an artist with cystic fibrosis and a painter who has had cancer, as well as carers, friends and curators. The films contained stories of Syrian refugees and the people trying to help them, which she recorded in Thessaloniki, Greece earlier this year.

The Guardian interviewed Oreet about her work here.

'I was interested in how people work together,' Oreet told The Guardian. 'Telling stories in a darkened room. Even if no one speaks, that is a story, too.'

Anthony Gardner, Head of the Ruskin School of Art , said: 'We're thrilled that Oreet's enormous talent has been recognised with this award, given in honour of one of the UK's great film-makers to celebrate the next generation of artists using film and moving-image.

'And like Derek Jarman himself, Oreet is not only a great artist but also a great teacher and mentor, which makes her success with the Jarman Award even more fitting.'

The Ruskin School of Art has punched above its weight in the art prize categories in recent years. In the last three years alone, its tutors and alumni have won two Turner prizes (Elizabeth Price and Helen Marten), one Hepworth prize (Helen Marten) and now a Jarman Award.

The Film London Jarman Award recognises and supports the most innovative UK-based artists working with moving image, and celebrates the spirit of experimentation, imagination and innovation in the work of emerging artist filmmakers.

Launched in 2008 and inspired by visionary filmmaker Derek Jarman, the Jarman Award is unique within the industry in offering both financial assistance and the rare opportunity to produce a new moving image work.

There is an interview with Oreet Ashery in The Guardian here. You can watch Revisiting Genesis here. 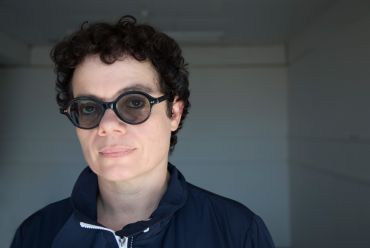 Why the world needs to rethink the value of water
Artistic Licence: The multilingual linguistics student who’s studying our brains