Swetlana is studying a PhD in linguistics

This is the latest in the Artistic Licence series.

Growing up in Germany, studying in English, speaking Russian with her parents, and learning French in Belgium: languages have always been a central part of Swetlana Schuster’s life.

And now she’s a PhD student at Oxford’s Language and Brain Lab, using scientific techniques to see how languages make our brains tick.

“And I wasn’t just interested in mastering a new language. I wanted to know what was going on in our brains when we speak one.”

Swetlana is a native German speaker, and grew up in Aachen, Germany. After a childhood learning French and English, and making her own connections between the languages, Swetlana sat down in a lecture theatre at Cambridge for her very first lecture on psycholinguistics.

“I was just blown away. It was incredibly interesting,” she remembers.

Three years later, she came to Oxford to complete an MPhil at the Language and Brain Lab. Now, she’s in the midst of a PhD (or DPhil, as they are known here), working with Professor Aditi Lahiri, and her own experiences have always criss-crossed with her research interests.

Swetlana’s research looks at how native German speakers process words in the brain. This work has also made Swetlana think more about how our brains respond to second (or third or fourth or fifth) languages when we learn them.

Her research has taken her from Leipzig to Chicago to California, using the sort of equipment that we’re more likely to associate with the sciences than the humanities.

“We use fMRI scanners and an EEG system for part of the experiments,” Swetlana explains.

This means that Swetlana has spent a lot of time examining fMRI scans and carefully placing electrodes onto participants’ heads. She even had the opportunity to run experiments at the Max Planck Institute in Leipzig.

“The process of collecting your data can be quite challenging, especially when you’re running experiments abroad,” she says. “But Leipzig was such an exciting opportunity. I learnt so much from collaborating and sharing ideas.”

Now back in Oxford, Swetlana is writing up her research and making the most of Oxford life, both within and outside of the Lab.

And outside of work, college life offers the opportunity to see what else is going on in Oxford’s labs and libraries.

“It’s really fun to be friends with people who have interests in areas completely different to you,” she says.

This is especially interesting for Swetlana, who has thought about how her brain scans and electrodes, which some might think are out of place among the manuscripts and archives of the humanities, fits in to humanities research.

“The idea in our Faculty is to see how everything is connected,” she says. “Looking at how languages change over time, for example. I love how we contribute different approaches to the big questions.”

Another big question is how Swetlana’s research relates to her own language-learning brain.

“It’s made me think about my own languages,” she says. “Bilingualism is something we’re looking into more and more, sometimes from unexpected angles.”

After her DPhil, Swetlana hopes to carry on in research. She’s also interested in language technology, and how language-learning apps could help us learn languages more effectively - so that we, too, could learn to gossip in German or flirt in French.

“I’ve really enjoyed the past six years,” Swetlana says. “And I’m excited to keep on exploring.” 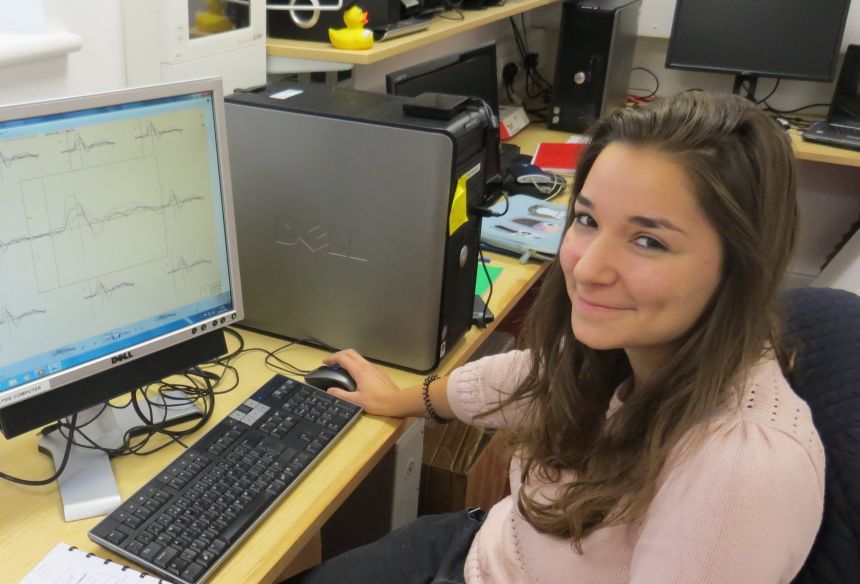