A dinosaur selfie at the Museum of Natural History

Yesterday was 'Museum Selfie Day', where people across the world were encouraged to take self-portrait photographs of themselves visiting a museum and share it on social media.

Oxford University’s museums were used as the location for dozens of 'selfies'. Arts Blog has picked out some of the best.

Rachel, a trainee on the HLF Skills for the Future Museum Education & Outreach scheme at Oxford University Museums & Collections, used a bushy prop for her selfie with a samurai at the Pitt Rivers Museum. This man is from the peaceful years of the Edo period (1603-1868) in which armour was more decorative than functional so he would probably forgive Rachel for her joke. 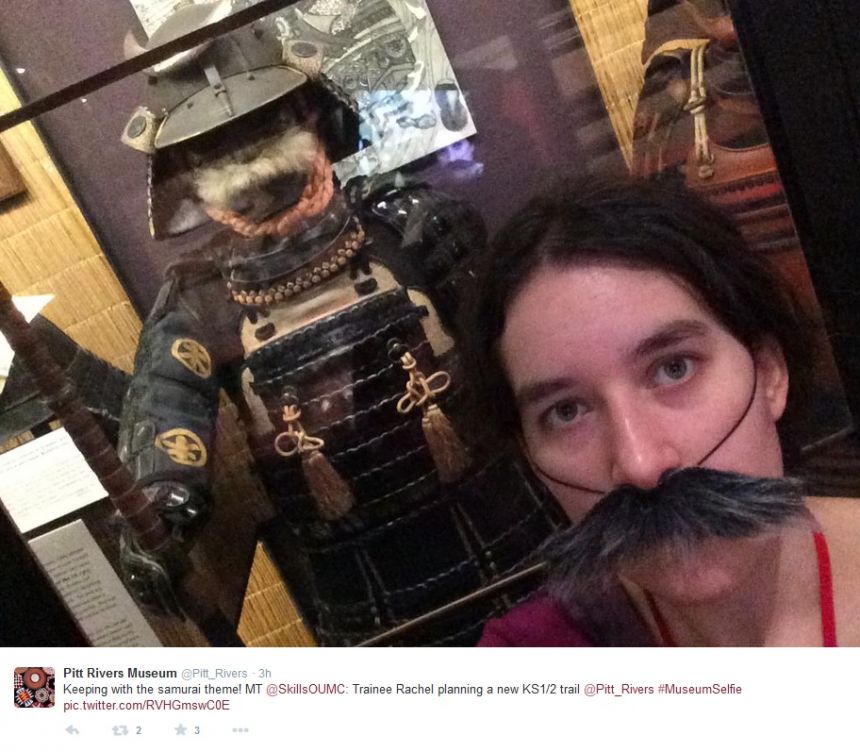 Hannah, another trainee on the Skills for the Future scheme, took time out from preparing a tour for Oxford Brookes students to take a selfie in front of a painting of Lewis Evans. Mr Evans, who founded the Museum of the History of Science, is holding one of his sundials, which were ‘his greatest interest’. 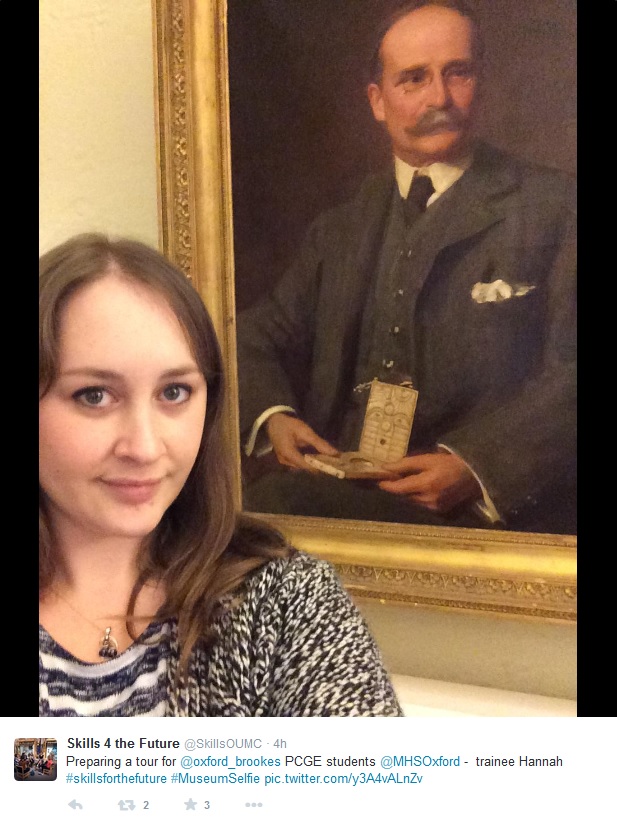 A visitor to the Ashmolean Museum mimics the pose of Augustus. Do not be fooled by the clever photo crop - Augustus is pointing, not holding a camera. 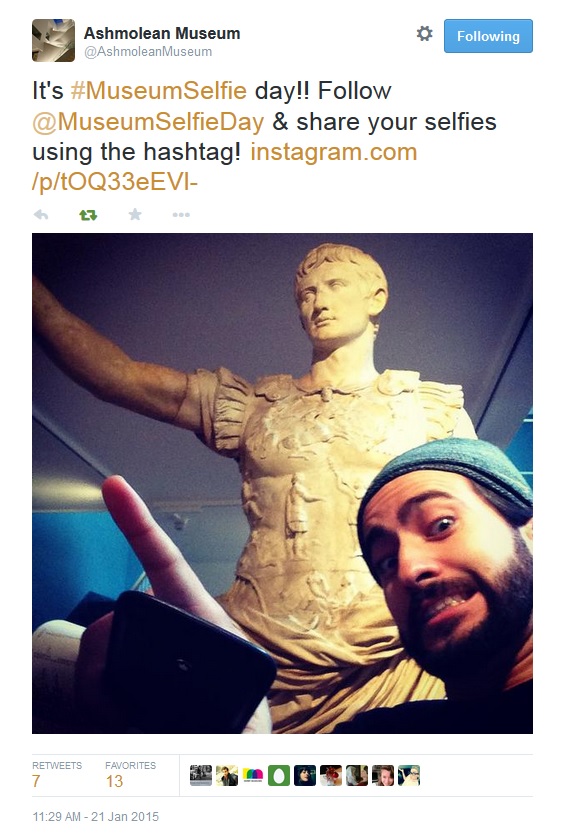 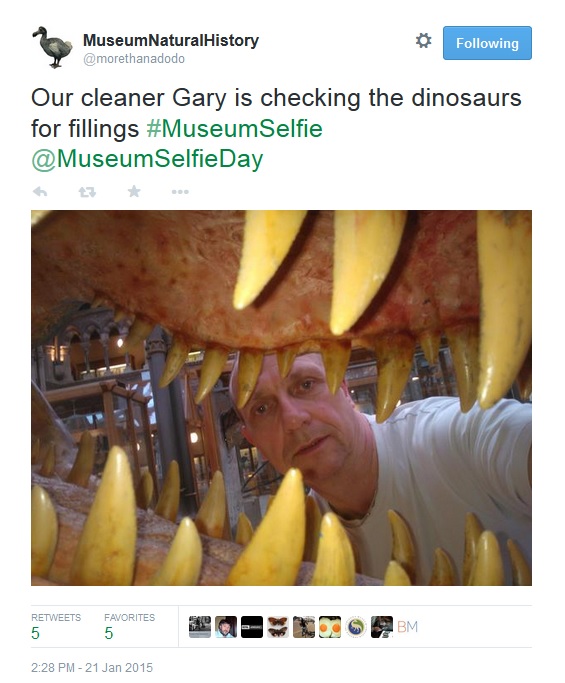 Selfies have been criticised as a symptom of a culture of selfishness and celebrity-worship. But we can assure Arts Blog readers that vanity in Oxford is nothing new, as this Muse on the Clarendon Building shows. 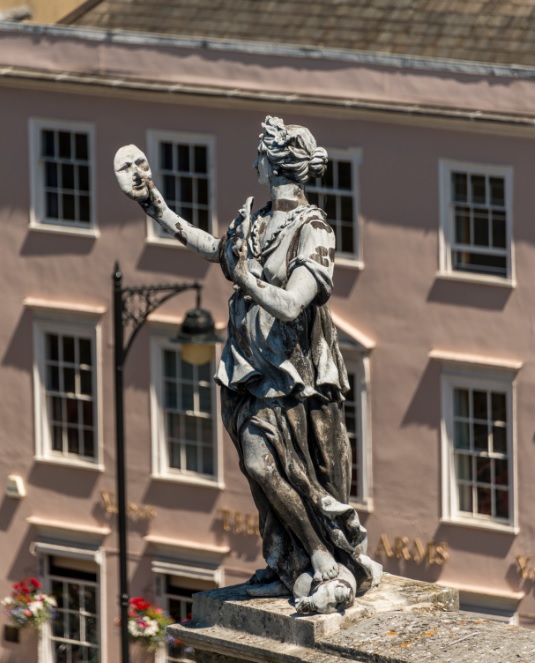