'The Dons of Oxford' cycling team, with Professor Frood (front), set off from Oxford

Many academics have recently come back to Oxford after a summer holiday. But Professor Liz Frood’s return to work (part-time) as Professor of Egyptology last week is a much more remarkable story.

Professor Frood contracted sepsis in August 2015. Her cousin Jane Wynyard picks up the story: ‘She spent ten days in the ICU, five months in hospital, had her legs amputated below the knees, lost her hearing in one ear, her nose collapsed and her hands were damaged almost beyond repair,’ she says.

This left Professor Frood severely disabled, with both legs amputated, no dexterity in my hands, partial deafness, and a reconstructed nose.

Miss Wynyard adds: 'Before Liz’s illness, none of our family had ever heard of sepsis or understood the life-changing and devastating effects this terrible infection could have.

‘In just one year, Liz has totally inspired and humbled us with her amazing will to survive and courageous battle to live a normal life despite her terrible injuries. Her bravery and determination have been matched by the incredible work of the NHS staff, doctors, surgeons and specialists whom we will always be indebted to for saving Liz.’

Some of Professor Frood’s family and friends set off today (Friday 9 September) on a bike ride beginning at the Ashmolean Museum and due to end in Cardiff. They are due to arrive in Gloucester this evening after completing the arduous first stage of their trip.

‘It’s been brilliant so far,’ Professor Frood reports. ‘We had a great send-off! The cyclists have been riding through gorgeous countryside, which seems to have them all very excited.’

The team, called the Dons of Oxford, hopes to raise awareness of sepsis and to raise money for the UK Sepsis Trust. They would welcome donations here. 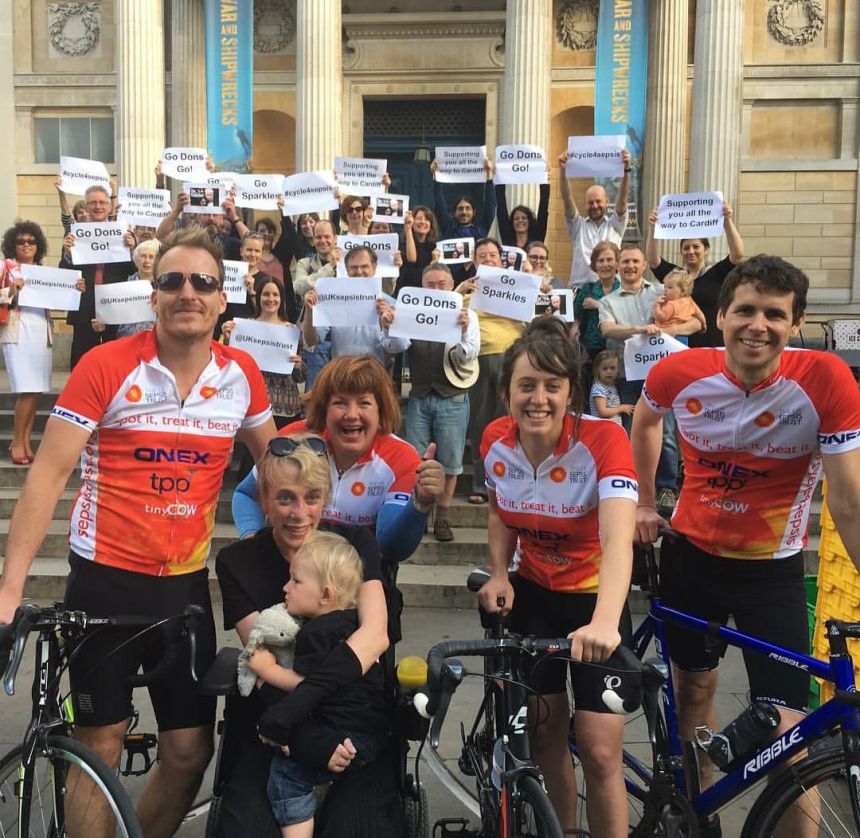