Air pollutants kill around seven million people every year. Much of this pollution is tiny particles suspended in the air which, when inhaled, can cause people to develop heart and lung diseases, as well as cancer.

Small particles in the atmosphere also birth clouds, whether they are crystals of sea salt from the Southern Ocean or sulphate from industrial chimneys. Collectively, these particles are called aerosols.

Moisture in the atmosphere can only condense into cloud droplets with aerosols. The aerosols that fossil fuel burning adds to the atmosphere make these droplets more numerous and clouds more reflective of sunlight, and potentially longer-lasting. All of this increases the amount of sunlight that clouds scatter back to space instead of being absorbed by the Earth. This is partly why the Intergovernmental Panel on Climate Change (IPCC) has concluded human-made aerosols cool the climate and mask some of the warming from greenhouse gases.

This may sound like good news, but there is no cause for celebration. Aerosols (and their cooling effect) are very short-lived. While the CO₂ emitted into the atmosphere today from cars and coal power stations will still be there centuries later, the aerosols emitted as air pollution will cease to have an influence a month from now. This means, as soon as we stop emitting aerosols, their buffering effect on climate change disappears, while the greenhouse gases in our atmosphere will continue to heat the planet.

And in new research, we found the effect of air pollution on the reflectivity of clouds may be bigger than previously assessed. If the extent to which air pollution masks the greenhouse effect is indeed bigger, delegates gathered in Sharm El-Sheikh for COP27, the latest UN climate change summit, must work even harder to reduce fossil fuel burning.

The effect of aerosols on clouds

We used data on ship emissions to quantify the effect of human-emitted aerosols on the climate. Ship emissions often pollute relatively clear air far from land, which makes it easier to study the effects of aerosols in isolation. Some of the aerosols emitted by ships are visible in satellite images as long, white streaks called ship tracks. But our data suggest less than 5% of this pollution is visible. 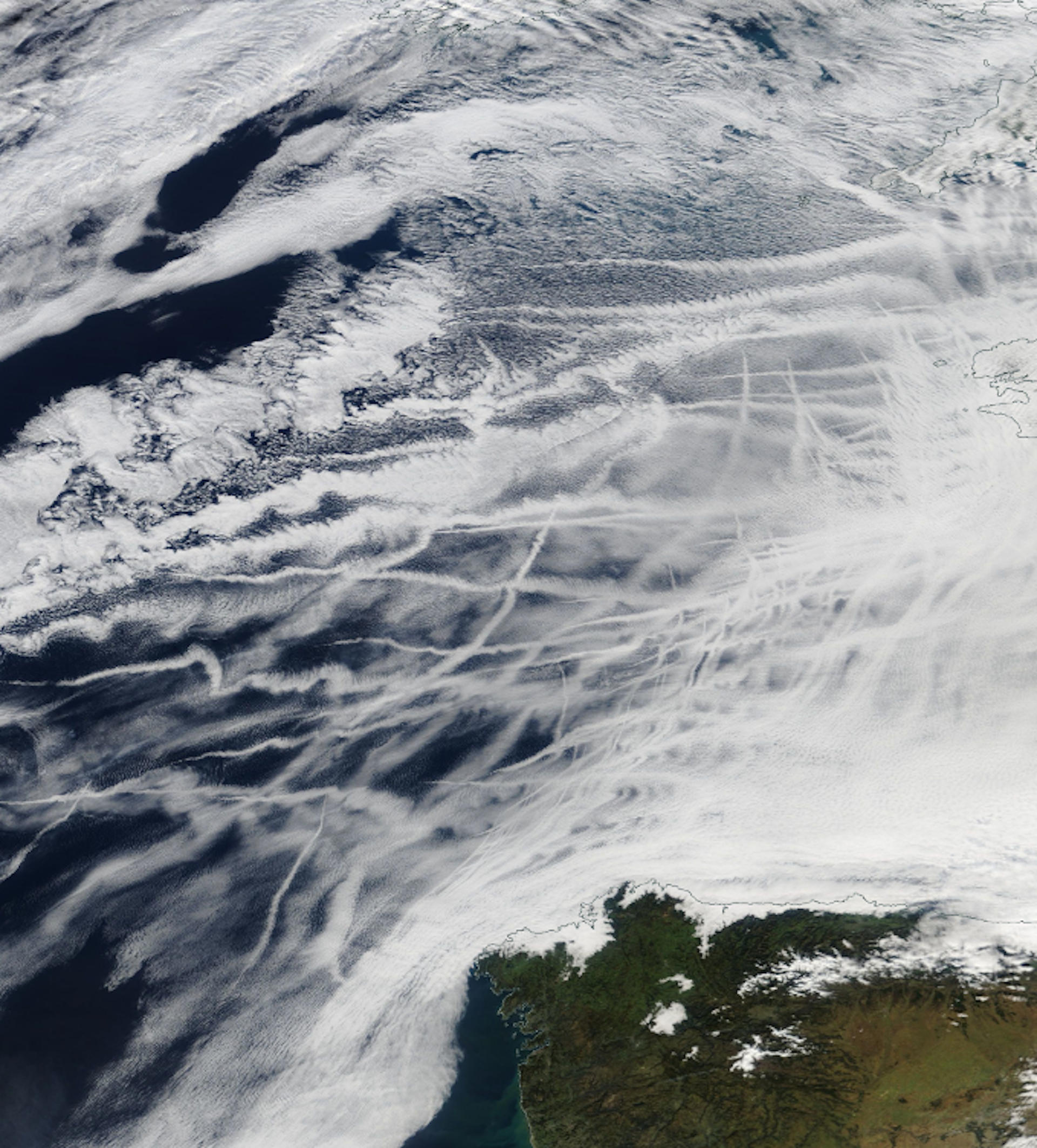 Our study used a global database of ship routes containing more than two million tracks over six years. Combined with weather forecasting models, we simulated where these emissions were carried by the wind and entered clouds, which allowed us to study the aerosol effect even when no ship tracks were visible. Using satellite data, we measured the number of droplets and the amount of water in polluted versus unpolluted clouds.

We found ship emissions – even when invisible in satellite images – make nearby clouds more reflective. This is partly because invisible ship emissions (the vast majority) increase the amount of water in clouds. Previous estimates suggested ship emissions had a slight drying effect on clouds, which is why scientists are likely to have underestimated how much air pollution cools the atmosphere. The same may be true for aerosols more generally: air pollution may brighten clouds more than previously understood, entailing a stronger cooling effect. More research is needed before scientists can apply these results to all air pollution,

Another recent study from our research group gave a glimpse of a future with less air pollution. We used computer algorithms trained to find visible ship tracks in satellite images before and after regulations were introduced in 2020 by the International Maritime Organization to lower air pollution from global shipping. We found the resulting reduction in ship pollution slashed the number of visibly brighter (and so, more reflective) clouds in ship tracks by 25%. This illustrates how reducing air pollution alone may unintentionally warm the climate.

But regulating air pollution is not at odds with protecting the climate. In many cases, both are achievable by eliminating their common cause: fossil fuels.

In the transport sector, that means reducing the number of cars running on fossil fuels, for example, and not just applying better filters to their exhaust pipes. Similar arguments can be made for industry, electricity generation and heating.  Overall, scientific understanding of air pollution and climate change compels us to end the burning of fossil fuels – both for human health and for the planet.