Girl in a cellar: Ukrainians across the country can spend their entire days sheltered in basements and makeshift bomb shelters... They can leave only for a few short minutes each day to get some fresh air and exercise. Credit: Shutterstock
Published

So, day 11. I still can’t believe that. It’s been tough in Chernihiv and it doesn’t seem to get better. Yesterday, at night, the plane was [shot down] above where we hide. News is shocking and depressive so we try not to discuss it … I’ve lost track of days. It all seems like a very long dream. No one believed the war [would] last more than two or three days.

In one of her daily messages from her bomb shelter in the Ukrainian city of Chernihiv, a close friend unambiguously described the reality that most Ukrainians are currently facing: that the increasing tensions along the Ukraine-Russia border seen a month ago have turned into a full-blown nightmare.

By Marnie Howlett, Departmental Lecturer in Politics in the Department of Politics and International Relations and Associate Member at Nuffield College. 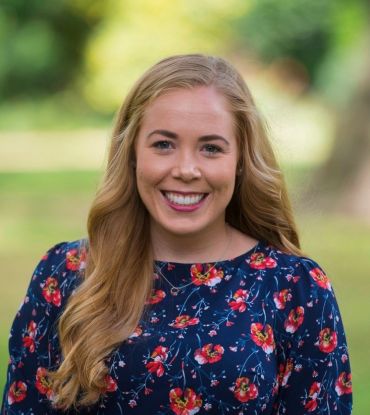 Marnie Howlett
As someone who has spent extensive time in Ukraine over several years studying, volunteering with orphaned children and families of war, observing elections, and conducting ethnographic research until the beginning of the COVID-19 pandemic, I have widely established networks across the country. While I have been in regular contact with my Ukrainian friends and colleagues for some years, our conversations during the past three weeks have been dramatically different.

Along with new commonplace anxieties associated with the continuous attacks on Ukrainian cities by the Russian regime, new concerns have likewise emerged surrounding previously innocent activities, such as accessing food, water, electricity and petrol.

References to the (often unknown) whereabouts of loved ones, the loss of homes and livelihoods, and the destruction of entire municipalities – as was the case most recently in Volnovakha, a small city in the eastern Donetsk region – have also become normalised in our daily exchanges.

While Ukrainians talked about these issues before February 24 2022 – especially since the annexation of Crimea and beginning of the war in Donbas in 2014 – they were predominantly focused on and within that conflict in the east of the country. Yet, less than three weeks later, they are now mundanely embedded in conversations about daily life in the country. Meanwhile, the rest of the world looks on.

It is hardly necessary to say that people’s lives have become harder since February 24. But when you consider that Ukraine’s economy – which has regularly been among the poorest in Europe as it transitioned from an agrarian base and, more recently, struggled to cope with an eight-year war in the country’s eastern regions – was beginning to show some solid growth, it makes this conflict all the more tragic.

Ukraine’s GDP rose by 5.9% in GDP in the fourth quarter of 2021, as a result of robust agricultural performance and developments in IT service exports. And, even with rising tensions along its border with Russia in late 2021, economists forecasted a 3.3% rise in GDP in 2022.

As the fighting has cut off access to many agricultural areas, many civilians have been 'cut off from supplies'. My friend ...is ok, in terms of access to food, but [she] added, 'lots of people now are not'.

But instead of the predicted economic growth, today there are shortages of food in the shops. One of my colleagues, who lives in a city near Ukraine’s borders, told me that much of the produce has been bought up to feed the Ukrainian army. And, as the fighting has cut off access to many agricultural areas, many civilians have been 'cut off from supplies'. My friend tells me she is ok, in terms of access to food, but added, 'lots of people now are not'.

While western media has extensively covered some of the horrifying realities in many Ukrainian cities, including the bombing of a maternity hospital in Mariupol and families killed fleeing Irpin along 'humanitarian corridors', it must be recognised that the daily lives of Ukrainians across much of country is likewise quite dismal.

In many places, electricity, heating and water is hard to come by, if accessible at all. This is a particular concern in a country experiencing a late spring this year and where tap water is often not drinkable.

This is compounded by the fact that Ukraine still relies on much transport infrastructure inherited from Soviet times, so there are significant challenges in getting people and resources into and out of some centres. As would also be expected, areas targeted by the Russian military and those furthest from EU borders are consequently particularly badly affected.

While western media has extensively covered some of the horrifying realities in many Ukrainian cities...the daily lives of Ukrainians across much of country is quite dismal...electricity, heating and water is hard to come by, if accessible at all.

Several colleagues, in various parts of the country, spend their entire days sheltered in basements and makeshift bomb shelters with hundreds of others. They can leave only for a few short minutes each day to get some fresh air and exercise – and, most importantly, attempt to connect with friends and family members.

Our daily conversations now have detailed descriptions of fresh shelling of people’s houses, and often include their own photos or video footage of new houses, schools, and hospitals that have been hit since we last spoke. The war, one said, was like a 'nightmare [I’m hoping] will end as soon as possible'. Another stated he wants to sleep but 'once the night comes, I am not able'. It is, therefore, hard to appreciate which is worse, the physical or mental toll this war is having on people.

But, through this all, there is also a widespread and profound sense of optimism, positivity and calm. As one friend wrote in a Facebook message from her bomb shelter, 'I feel really uncomfortable that I sit here and can do nothing to help people who are in worse conditions.'

Ukrainian friends continuously praise the Ukrainian military as the 'true heroes'...While living in a warzone in the middle of a major humanitarian crisis, they nonetheless remain focused on their love for and belief in their country, and their hopes for its strength and survival.

Ukrainian friends also continuously praise the Ukrainian military as the 'true heroes' of this war. While living in a warzone in the middle of a major humanitarian crisis, they nonetheless remain focused on their love for and belief in their country, and their hopes for its strength and survival.

Despite sleeping on wooden doors and concrete floors, others have expressed how thankful they are to be warm and dry, and able to share their limited food with those sheltering with them.