The Geochemical Society and the European Association of Geochemistry have announced that three University of Oxford Earth Scientists have been honoured with the title of Geochemistry Fellow in this year’s cohort.

Professor Chris Ballentine, Professor Tamsin Mather and Professor Gideon Henderson join 13 other geochemists receiving the fellowship this year. The award was established in 1996 to honour outstanding scientists who have, over some years, made a major contribution to the field.

Professor Chris Ballentine uses the unique properties of the noble gases (helium, neon, argon, krypton and xenon) to understand the role that fluids and gases play in geological systems such as understanding the origin of the Earth’s atmosphere and the chemical evolution and structure of the Earth’s mantle. Recent work has developed quantitative techniques to show how carbon dioxide behaves in the subsurface, essential for the safe burial of anthropogenic CO2. This approach extends to understanding the crustal carbon cycle and how critical carbon-rich fluids play a role in supporting life in the subsurface on geological timescales. 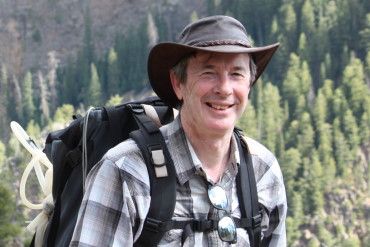 Professor Chris Ballentine
Professor Ballentine was recognised by the societies 'for his pivotal work to raise noble gas geochemistry to a new level of sophistication... He is also recognised for his exemplary service to the societies as president of EAG and chair of two Goldschmidt Conferences.'

'It’s a great honour for my work to be put forward and recognised by my colleagues, and to join such an illustrious band of Fellows,' said Professor Ballentine.

Professor Tamsin Mather’s research interests centre on the science behind volcanoes, their behaviour and the environmental impacts of volcanism. Her research bridges magma geochemistry, volcanic degassing and atmospheric processes to investigate the global cycling of key chemical elements and the effects of volcanism on our environment: from impacts on local to regional air quality in the present-day to mass extinction events hundreds of millions of years ago. Her work also combines geochemical and geophysical data gathered via satellite remote sensing, monitoring networks and field studies to understand past and likely future eruptive activity at global volcanic centres. Her motivation is to understand volcanoes as natural hazards, windows into planetary scale processes and as hosts to natural resources. 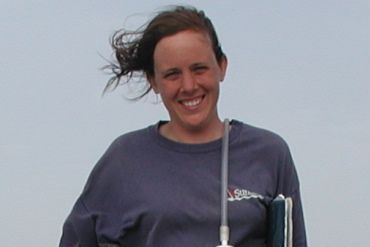 Professor Tamsin Mather
The societies describe Professor Mather as one of the most influential geochemists worldwide. Working at the interface between geochemistry and volcanology, they say her research over the last 20 years has bridged the atmospheric chemistry and volcanic gas communities.

'I feel very privileged to become a Geochemistry Fellow. Science is a team effort and I am deeply grateful to all my collaborators from across the globe past and present,' said Professor Mather.

Professor Gideon Henderson has been Professor of Earth Sciences at the University of Oxford since 2006 where he is a geochemist researching climate change and the carbon cycle. At present, Professor Henderson is working as the Chief Scientific Advisor for the Department of Environment, Food, and Rural Affairs (Defra) where he is responsible for overseeing the quality of evidence that the Department relies on for policy decisions. He also provides ministers with scientific advice and sets the priorities for scientific research and evidence-gathering. 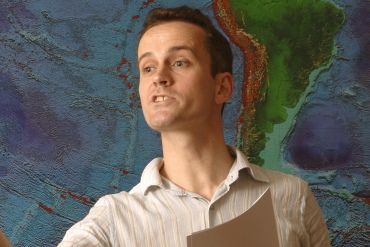 Professor Gideon Henderson
Professor Henderson is recognised for 'innovative application of U-series disequilibria, trace elements, and their isotopes to solve problems in paleoclimate and marine science. For service to the geochemical and wider community via science-based leadership of many organisations, and advocacy for carbon dioxide removal strategies.'

The awards will be presented at the Geochemical Society and the European Association of Geochemistry's Goldschmidt Conference this summer.