Plastic waste in the Maldives

A new study published in the journal Global Environmental Change reveals a new policy tool developed by an international team, including scientists at Oxford University, which could slash plastic waste.

The paper forecasts that the new Plastic Drawdown tool is set to lead to reductions in plastic waste in the Maldives by some 85 percent by 2030.

Experts say other countries should adopt the tool in a bid to lead the fight against plastic waste.

The model gives governments the confidence and evidence base needed to create policy that could lead to radical reductions in plastic waste.

The study was co-authored by experts at the University of Oxford, Imperial College London, Eunomia, Nekton, The Government of the Maldives and Common Seas. 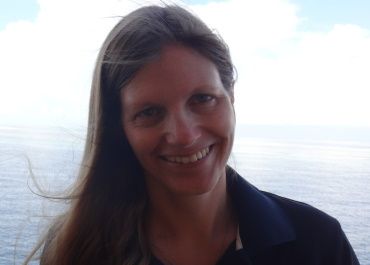 Dr Lucy Woodall in the field
Associate Professor at the Department of Zoology, University of Oxford, and Principal Scientist of Nekton Lucy Woodall said: ‘To see direct impact from research in such a short time is rare.

‘With Plastic Drawdown we have shown that powerful decisions can be made with limited data when there is a robust framework in place to share knowledge. I am delighted to have been a small part of this collaboration.’

Scientists designed Plastic Drawdown for countries with limited data and used it in partnership with practitioners in the Maldives to explore solutions to minimise plastic pollution.

It is a rapid assessment tool which is both efficient and affordable.

This means it can be used by the most in-need countries who have little information about their plastic consumption and waste.

The Plastic Drawdown model was used in the Maldives, where it gave the Government the necessary evidence and confidence needed to announce and implement an ambitious phase out strategy for single use plastic.

This proven approach to developing an evidence based national response is important in the build up to a United Nations Plastics Treaty.

Of the world’s most plastic polluting countries, 35 percent don’t have any policies to address the problem and a further 20 percent are only targeting plastic bags.

Without decisive action by Governments, plastic pollution in our oceans is set to quadruple by 2040 and the carbon emissions associated with plastic will mean it will be hard to keep global warming to 1.5 degrees.

The UK Government is one of over 120 Governments calling for negotiation of a new global agreement to end plastic pollution, with discussions taking place at the Fifth Session of the United Nations Environment Assembly (UNEA-5) in Feb-Mar 2022.

The Plastic Drawdown partnership was originated by the international social enterprise Common Seas.

Common Seas is now seeking new partnerships to scale this work to new geographies in 2022 and beyond.

A spokesperson for the President of the Maldives said: ‘Plastic Drawdown was critical in building the case for phasing out single-use plastics across the Maldives.

‘The model gave the Maldivian government the confidence to set an ambitious target to phase out single-use plastics by 2023, as announced by President Ibrahim Mohamed Solih at the UN General Assembly in 2019.

‘Common Seas delivered not only solid evidence for what we could achieve, but also practical advice on how to achieve it.’

Common Seas CEO Jo Royle said: ‘More than half of the world’s most plastic polluting countries do not have an adequate plan in place to tackle plastic pollution.

‘The Maldives, a beautiful island tainted by the curse of plastic waste, is showing ambition and real leadership on this issue.

‘In 2022 we are excited to see the Plastic Drawdown model rolled out across the world.’

Read the full paper – ‘Plastic Drawdown: A rapid assessment tool for developing national responses to plastic pollution when data availability is limited, as demonstrated in the Maldives’ – in Global Environmental Change.