Dr Helen Moore, Associate Professor in English and President of Corpus Christi College at the University of Oxford, has won the British Academy's Rose Mary Crawshay Prize, awarded each year for an historical or critical book by a woman, on any subject connected with literature.  The award celebrates her Amadis in English: A Study in the Reading of Romance, published by Oxford University Press in May 2020.

The accolade is one of a selection of prizes and medals awarded today by the British Academy, the national body for the humanities and social sciences, for notable contributions to fields including Linguistics, Cultural History and Biblical Studies and is shared with Gillian Russell, Professor of Eighteenth-Century Literature at the University of York, author of The Ephemeral Eighteenth Century: Print, Sociability and the Cultures of Collecting (Cambridge University Press, 2020). 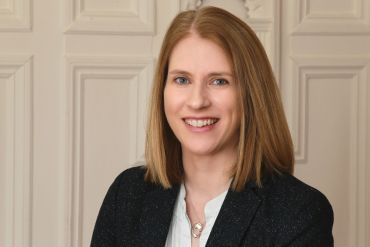 On hearing the news of the award Dr Moore said: 'It is a great honour to be awarded this shared prize by the British Academy.  My book celebrates the longevity and vitality of the connections between English and continental European literature, and between different kinds of fiction.  It is also very much a product of the remarkable research culture I have enjoyed at Oxford and its library resources, which have enabled me to work dynamically across not only literary periods but also academic disciplines.'

Helen's research interests span the medieval, early modern and later periods of English, with a particular emphasis on the engagements and interactions of English with continental and classical literature.  Her publications include editions of the chivalric romance Amadis de Gaule (2004) and the seventeenth-century play Guy of Warwick (2007), and she co-edited Classical Literary Careers and their Reception (2010).  She was the lead curator for the Bodleian Library exhibition celebrating the 400th anniversary of the King James Bible, and co-editor of the accompanying book, Manifold Greatness: The Making of the King James Bible (2011).  Her next book is a critical and cultural biography of the Jacobean playwright John Webster, called The Sense of Sorrow: A Life of John Webster, for which she was awarded a Leverhulme Trust Research Fellowship.