Wadham College, University of Oxford, has announced that Robert Hannigan is to become its next Warden, taking over from Ken Macdonald QC when he steps down this summer.

Robert studied Classics at Wadham and in recognition of his distinguished professional career he was appointed an Honorary Fellow here in 2015.

Robert Hannigan said: 'I am delighted to have been asked to follow Ken Macdonald as Warden of Wadham. I want to pay tribute to his outstanding tenure, and especially his practical commitment to widening access to education.

'Wadham’s radical tradition had a great impact on my own career and showed me that a truly diverse and multi-disciplinary community is key to achieving excellence. I am proud of what the College and Oxford have done in recent years to extend the opportunity of studying here to all, but there is clearly much further to go.

'Wadham’s history of openness, rigorous intellectual honesty and advanced scientific discovery demonstrate the continuing value of higher education in meeting the great global and national challenges facing us post-pandemic. I look forward to working with the Fellows, students, and the whole College community as Wadham continues to change.' 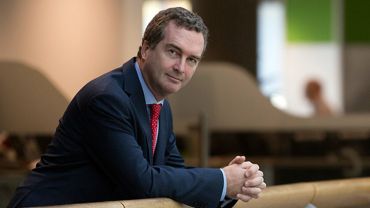 Robert Hannigan nominated as next Warden of Wadham College

Robert Hannigan nominated as next Warden of Wadham College

Warden Ken Macdonald said: 'I’m delighted to welcome Robert as Wadham’s next Warden. He brings a wealth of experience and achievement at the highest levels and a commitment to the College’s values that will stand our community in good stead in the years to come. I’m sure he will be as happy at Wadham as I have been.'

Robert read Classics at Wadham, matriculating in 1983, and will return to College bringing a range of expertise gained from his career as one of the UK’s most distinguished public servants.

Playing a major role in the Northern Ireland peace process, working for Prime Minister Tony Blair, Robert was responsible for negotiations with the political parties, paramilitaries and the Irish and US governments. He was Director of GCHQ, the UK’s largest intelligence and security agency, from 2014-17 and established the National Cyber Security Centre, having been responsible for the UK’s first cyber strategy in 2009.

During his career in Whitehall Robert had a long track record of broadening access and diversity, notably in the Foreign & Commonwealth Office. He has championed diversity in cyber security and engineering, including launching the annual girls only national schools’ cyber competition and the first female only cyber summer schools.

Robert is a leading authority on cyber security and technology. He writes on cyber issues in the Financial Times and is a Senior Fellow at the Belfer Center, Harvard, a Fellow of the Institution of Engineering and Technology and the Royal United Services Institute. He was awarded the US Intelligence Distinguished Public Service Medal in 2017 and made a CMG by Queen Elizabeth for services to UK national security in 2013.

Robert will be the 29th Warden of Wadham College since it was founded in 1610 when Dorothy Wadham appointed its first Warden.