Due to the pandemic, the degree ceremony was postponed from June 2020 and will now take place in September 2021 at the Sheldonian Theatre (pictured). Image: Oxford University Images / David Williams Photography
Published

Eight people are to receive honorary degrees from Oxford University this year.

Due to the pandemic, the degree ceremony was postponed from June 2020 and will now take place on Wednesday 22 September 2021 at the Sheldonian Theatre. Ticketing information can be found on the Encaenia webpage. 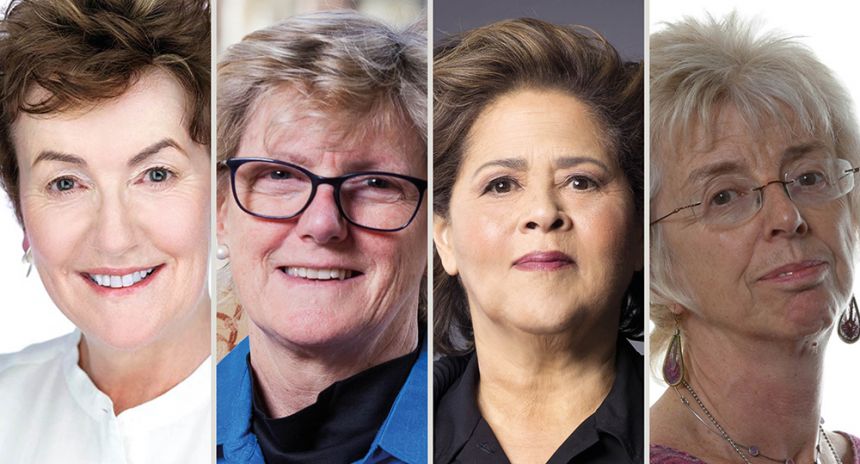 Professor Linda Colley CBE is an award-winning historian, Princeton’s Shelby M.C. Davis 1958 Professor of History, and a Fellow of the Swedish Collegium for Advanced Study. Her seven books span British, imperial and global history since 1700, and have been translated into 15 languages. A Fellow of the British Academy, she has delivered the Trevelyan Lectures at Cambridge University, the Wiles Lectures at Queen’s University Belfast, the Robb Lectures at the University of Auckland, and the Prime Minister’s Millennium Lecture. A winner of the Wolfson Prize, a Guggenheim Fellowship and other awards, she received the CBE for services to history. Her penultimate work, Acts of Union and Disunion, was also a BBC Radio 4 series; while her most recent and widely praised volume is The Gun, the Ship, and the Pen: Warfare, Constitutions and the Making of the Modern World.

Professor Dame Sally Davies was installed as 40th Master of Trinity College, Cambridge in 2019, following a distinguished global career as a clinical academic and public servant. She has provided scientific leadership on both the local and global stage, including roles with the World Health Organisation, the United Nations and the UK government. She has specifically championed addressing Antimicrobial Resistance, making a difference to humans, animals, agriculture and environment across the world. Her long-lasting influence also includes establishing both the National Institute of Health and Genomics England Ltd. She was named Dame Commander of the British Empire in 2009 and Dame Grand Cross of the Order of the Bath in 2020.

Professor Anna Deavere Smith is a renowned actress, playwright, teacher, and author. Her ground-breaking work pioneering the style of ‘verbatim theatre’ - looking at current events through interpreting and performing the text of interviews - earned her a place as finalist for the Pulitzer Prize and nominations for Tony Awards. She has won two Drama Desk Awards, a MacArthur Award and a National Humanities Medal, awarded by President Obama. She has starred in acclaimed films and television series, including Nurse Jackie and The West Wing. Her most recent work, Notes from the Field, was named among the best theatre of 2016 by The New York Times and a film version aired on HBO in 2018.

Baroness Ruth Lister CBE is Emeritus Professor of Social Policy at Loughborough University. Her career has seen her fight poverty and inequality as an academic, a peer and in the charity sector. She has published influential social texts, served on several prestigious commissions, such as the National Equality Panel, and spent 16 years at the Child Poverty Action Group, of which she is still Honorary President. Baroness Lister has been a Labour peer since 2011, continuing to use her position as a leading social scientist to address human rights, social justice and citizenship. 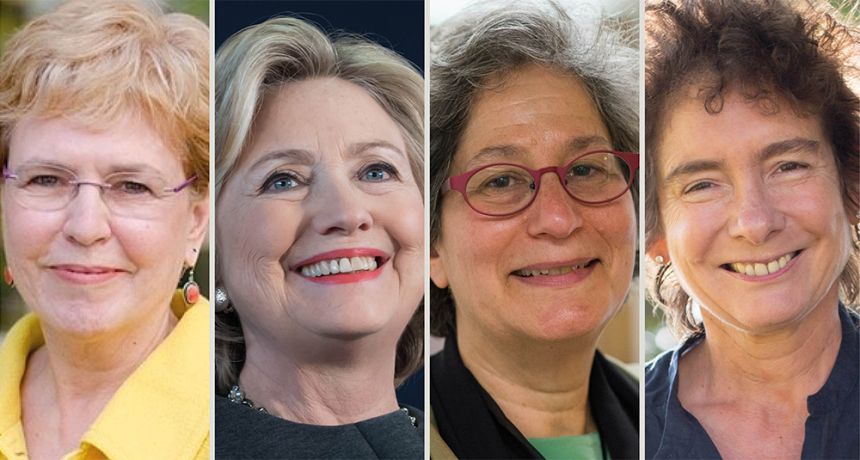 Dr Jane Lubchenco is University Distinguished Professor at Oregon State University. One of the world’s foremost and most highly cited ecologists, she has put her knowledge to use in both academia and public policy. She has served in various government and diplomatic positions, including U.S. Under Secretary of Commerce for Oceans and Atmosphere and the first U.S. Science Envoy for the Ocean – in President Barack Obama’s administration – and now as Deputy Director for Climate and Environment in the Biden White House Office of Science and Technology Policy. Her research into the ocean and climate change earned her the highest honours from the National Academy of Sciences and the National Science Foundation.
Unfortunately Dr Lubchenco is no longer able to attend this year’s Encaenia.

Secretary Hillary Rodham Clinton has spent five decades in public service as an advocate, attorney, activist, and volunteer, First Lady of the United States, First Lady of Arkansas, the 67th United States Secretary of State, and presidential candidate. As First Lady (1993–2001) and Senator for New York (2001–2009), she travelled to more than 80 countries as a champion of human rights, democracy, and opportunities for women and girls. In 2016 she became the first woman to earn a major party’s nomination for president and went on to receive 66 million votes in her campaign for President of the United States. Secretary Clinton is the author of nine best-selling books, and host of the podcast You and Me Both.

Professor Susan Solomon, currently Lee and Geraldine Martin Professor of Environmental Studies at the Massachusetts Institute of Technology, is a world-leader in atmospheric science. Her many achievements include serving as co-chair of the Intergovernmental Panel on Climate Change 2007 science report and being Head Project Scientist of the National Ozone Expedition at McMurdo Station, Antarctica. Her awards include the Crafoord Prize of the Swedish Academy of Sciences; the geosciences equivalent of a Nobel Prize. Her discoveries around the ozone hole were recognised by having an Antarctic glacier named in her honour. Unfortunately Professor Solomon is no longer able to attend this year’s Encaenia.

Jeanette Winterson CBE is a British writer. Her work includes novels, short stories, essays, and books for children. She is published in 19 countries and has won numerous awards. Her first novel, Oranges Are Not The Only Fruit (1985), won The Whitbread Prize for best first novel, and later, a BAFTA for Best Drama for her BBC adaptation. Her memoir, Why Be Happy When You Could Be Normal? (2012) is an international bestseller, widely used in schools to promote tolerance and diversity. Her latest novel, Frankisstein: A Love Story, was longlisted for the 2019 Booker Prize. Her new collection of essays 12 Bytes at AI: How we got here and where we might be going next, will be published in July 2021. She is currently working on an eight-part TV adaptation of Virginia Woolf’s Orlando. Jeanette Winterson was born in Manchester and adopted by Pentecostal parents who prepared her to be a missionary. Instead, she left home at 16 and, after a number of odd jobs, read English at St Catherine’s College, Oxford. She is Professor of New Writing at the University of Manchester.