Winners in the Vice-Chancellor's Public Engagement with Research Awards 2019.

Researchers using drama to reach those most affected by malaria in Cambodia’s remote villages; enabling the public to search for theoretical ‘Baby Higgs’ particles from the Large Hadron Collider; and informing and transforming young people’s views of stress and information overload by engaging with the Victorians have been named award winners at this year’s Vice-Chancellor’s Public Engagement with Research Awards.

These projects, along with ten others, were recognised at the awards ceremony on 10 July at Keble College, Oxford.

Dr Shona Minson, of Oxford’s Centre for Criminology, won an Early Career Researcher award for researching and raising debate on the rights of children in adult sentencing decisions in England and Wales, where 17,000 children annually are separated from their mother when she is imprisoned. Often it isn’t even asked whether the defendant has a child. Dr Minson’s work has reframed the debate around children impacted by maternal imprisonment as one about human rights and the state’s duties to safeguard children.

The Pitt Rivers Museum was recognised in the Building Capacity category for co-creating events, exhibitions and workshops in partnership with communities and researchers and for their commitment to decolonise and reframe its collections by enabling new voices and stories to be heard.

Awards were also made to Dr Elizabeth Tunbridge, of Oxford’s Department of Psychiatry, and the artist Eleanor Minney for their project titled Switching Perceptions, which used art to engage with psychiatric illnesses. The project demonstrated how art can communicate complex concepts in an accessible manner, and the conversations provided direct insight into the experiences of people experiencing psychosis.

The Vice-Chancellor’s Choice Award for Public Engagement with Research, which receives a prize of £1,500, was also announced at the ceremony. This year’s winner was Professor Phaik Yeong Cheah, Mahidol Oxford Tropical Medicine Research Unit and Nuffield Department of Medicine, for her work on engaging rural communities in Cambodia with malaria research, reaching 45 villages and over 30,000 adults and young people. 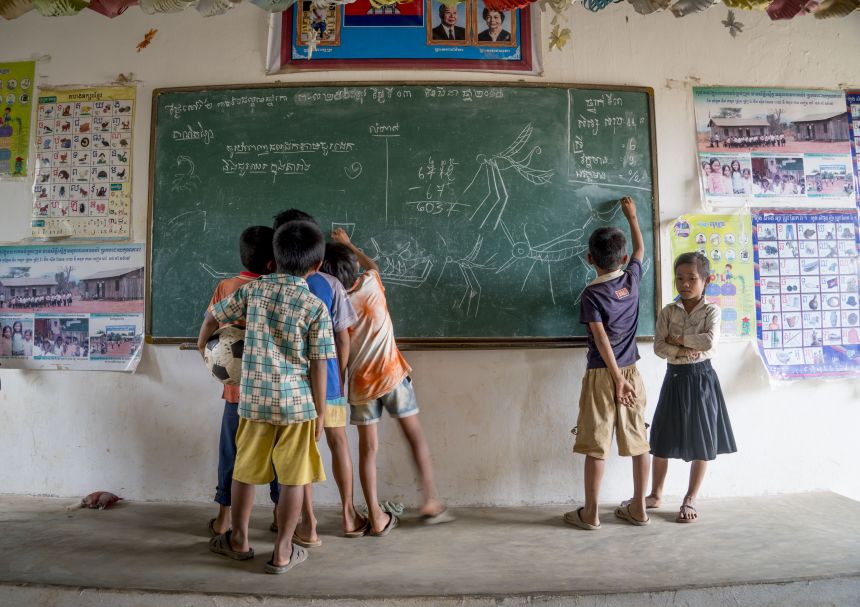 Such communities often record lower literacy rates compared with urban areas, so leaflets and posters are unlikely to succeed. As such, Professor Cheah and her team employed Cambodian drama, using comedy and music to tell stories, incorporating local stories and language.

Professor Louise Richardson, Vice-Chancellor of Oxford University, said: “The breadth and diversity of the activities taking place show how seriously the University takes its commitment to public engagement. It is inspiring to see the positive impact these activities have both on research and on the individuals and communities that have been involved, from Cambodian villages to ‘Baby Higgs’ hunters and the children of imprisoned mothers.”

Professor Alison Woollard, the University’s Academic Champion for Public Engagement with Research, added: “These awards highlight the many ways that Oxford’s researchers engage with the public. This includes informing and empowering people by sharing research findings, working in partnership with communities to shape research, and enabling citizens to take part in the research by collecting and analysing data through citizen science. These winning projects also demonstrate that excellence in engagement results in a ‘win-win’ for both researchers and publics alike.”

A full list of project winners from 11 July 2019 can be found here.