Dame Jocelyn Bell Burnell detected pulsars while a graduate student at Cambridge in 1967.

Dame Jocelyn Bell Burnell, the pioneering British astrophysicist, has been awarded a special Breakthrough Prize in fundamental physics for her celebrated discovery of pulsars and her inspirational leadership within the scientific community.

Dame Jocelyn is a Visiting Professor in Oxford's Department of Physics and a Professorial Fellow in Physics at Mansfield College, Oxford. Her detection of pulsars in 1967, made while a graduate student at Cambridge, led to one of the first empirical confirmations of Einstein's theory of general relativity. She receives this special Breathrough Prize 'for fundamental contributions to the discovery of pulsars, and a lifetime of inspiring leadership in the scientific community'.

Dame Jocelyn has indicated that she intends to donate the prize, worth $3m, to the Institute of Physics to fund PhD studentships for people underrepresented in the field. 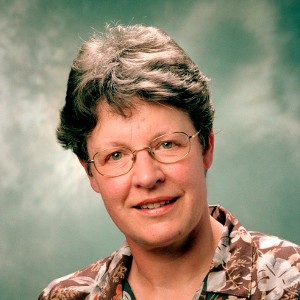 Yuri Milner, one of the founders of the Breakthrough Prizes, said: 'Professor Bell Burnell thoroughly deserves this recognition. Her curiosity, diligent observations and rigorous analysis revealed some of the most interesting and mysterious objects in the Universe.'

Edward Witten, chair of the selection committee, said: 'Jocelyn Bell Burnell's discovery of pulsars will always stand as one of the great surprises in the history of astronomy. Until that moment, no one had any real idea how neutron stars could be observed, if indeed they existed. Suddenly it turned out that nature has provided an incredibly precise way to observe these objects, something that has led to many later advances.'

The special Breakthrough Prize in fundamental physics can be awarded at any time in recognition of an extraordinary scientific achievement. This is the fourth special prize awarded: previous winners are Professor Stephen Hawking, seven CERN scientists whose leadership led to the discovery of the Higgs boson, and the entire LIGO collaboration that detected gravitational waves.

Five decades after her dramatic discovery of the pulsar, Dame Jocelyn will be recognised at the 2019 Breakthrough Prize ceremony on Sunday 4 November, 2018.