On Friday, 15 June, Kofi Annan, former Secretary-General of the United Nations (1997 to 2006) and (2001) Nobel Peace Prize winner, visited the University of Oxford to open formally the Bonavero Institute of Human Rights, which is a research institute in the Faculty of Law, as well as the Hands Building at Mansfield College, where the Bonavero Institute is housed. During his visit, Mr Annan met students, staff and invited guests.

The Bonavero Institute is the realisation of the vision of Baroness Helena Kennedy QC, Principal of Mansfield College and one of the UK’s leading human rights lawyers. When she became Principal, one of her key goals was to promote research and engagement with global, regional and local human rights issues across the University.

A key aim of the Bonavero Institute is to engage in research on some of the most pressing issues facing our world, which include conflict and wars, environmental degradation and climate change, persistent gender and racial inequality, contemporary threats to democracy, human trafficking and violence against women and children.

During his visit Mr Annan addressed students, faculty members and visitors, saying: ‘I have no doubt that the scholarship and imagination that the Bonavero Institute will stimulate, the exchange of ideas and the outreach to civil society that it has put at the heart of its mission will help realise the ultimate promise of human rights: creating a better world for all humankind.’ 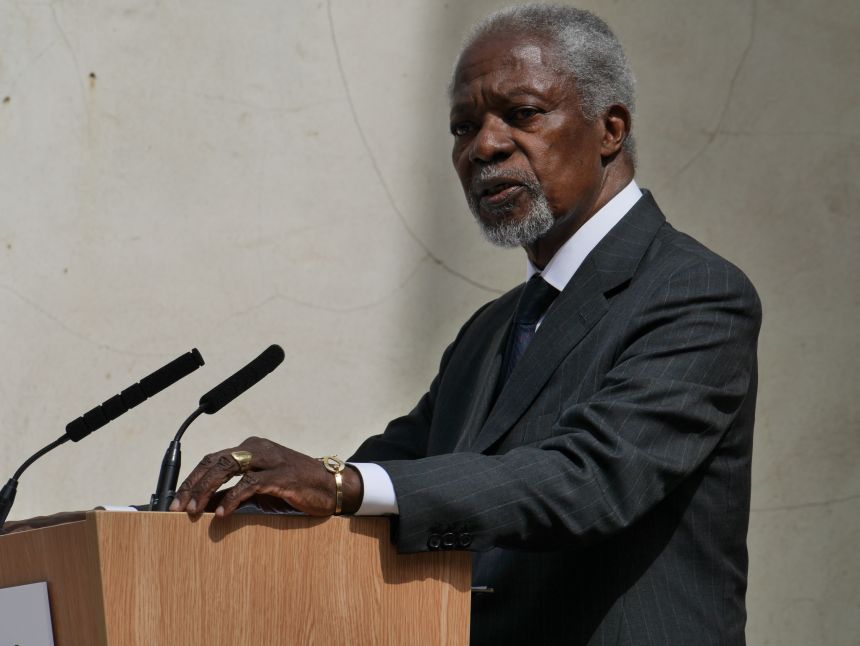 Led by its Director, Professor Kate O’Regan, the Bonavero Institute is governed by its principles, and aims to be attentive, considerate, robust, open-minded and hopeful in its approach.

Research areas include the manner in which illiberal democracies across the globe are threatening the key institutions that underpin democratic processes, such as civil society, the media, the judiciary and independent constitutional institutions like electoral commissions and universities. Other key research areas include the human rights implications posed by the internet - in particular, its impact on freedom of expression and the right to privacy; the relationship between businesses and human rights, as well as the relationship between corruption and human rights.

Since opening its doors in October 2017, the Bonavero Institute has initiated external partnerships with organisations engaged in promoting human rights and the rule of law in the UK and beyond, and hosted or co-hosted more than forty events, including a number of international and interdisciplinary conferences, such as Strategic Litigation in Practice - in collaboration with Oxfam and the Oxford Human Rights Hub, and the inaugural Disability Law and Policy Conference. A summer internship programme has been established - which has already afforded opportunities to 20 Oxford students to work with human rights NGOs across the world. 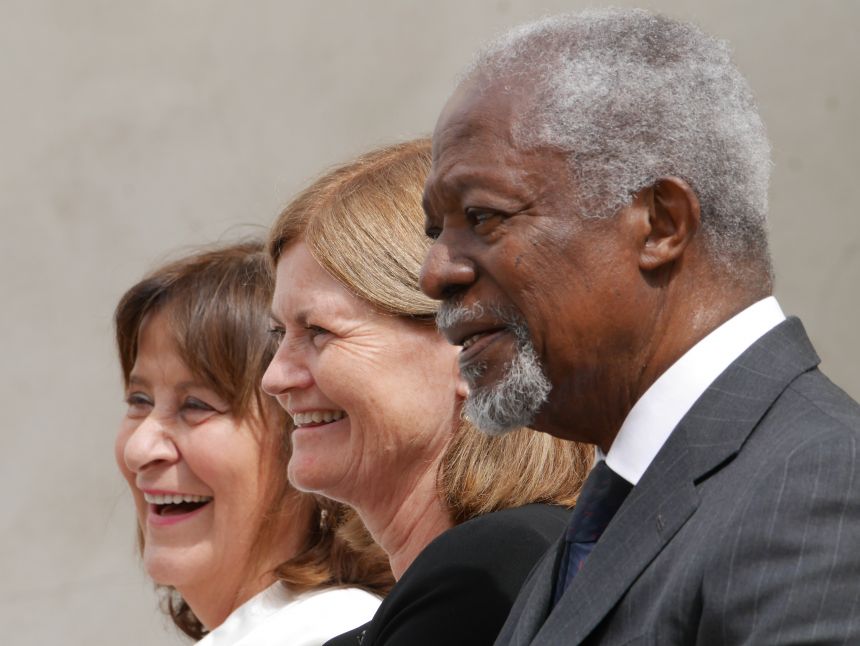 Both Baroness Kennedy QC and Professor O'Regan are passionate advocates of the advancement of gender equality in the legal profession and generally and they have spearheaded a campaign to instate a statue of Eleanor Roosevelt at Oxford University in recognition of her significant contributions to international human rights.

Mr Annan also opened the facility’s newly completed Hands Building, which is built on the western edge of the Mansfield College campus. In addition to accommodation for the Bonavero Institute, the Hands Building contains 73 student-study bedrooms and the Sir Joseph Hotung Auditorium, which spans the two lower floors. Visually stunning, the contemporary architecture and landscaping have been designed to connect the building to the rest of the college both physically and aesthetically.

Speaking on the value of the academic institute and her own personal investment in its development, Baroness Helena Kennedy QC, said: ‘It was always my dream to create a world class incubator for the development of ideas around the rule of law and human rights and to create a new generation of lawyers committed to these crucial ideals.’
During his visit Mr Annan took part in a live question and answer session with students.

Professor O’Regan added: ‘We are delighted to welcome Mr Annan to open the Bonavero Institute of Human Rights. Human rights must be discussed openly in all democratic societies. Our work is intended to promote that conversation, not just amongst Oxford’s students, but also between students, scholars and human rights practitioners, and across generations and geographic borders.

‘The establishment of an institute dedicated to human rights research at the University of Oxford is both timely and auspicious not least because our world is made and shaped by human beings and sustaining human rights is critical for the future.’ 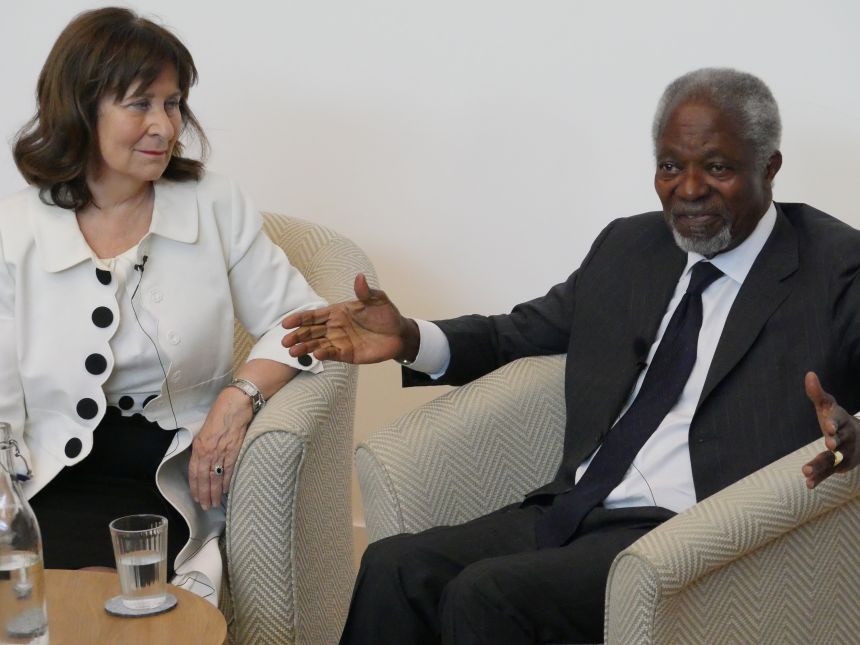 Professor Louise Richardson, Vice-Chancellor of the University of Oxford, said: ‘We are delighted that Mr Annan has been able to visit Oxford today to see our new Bonavero Institute and hear more about the wonderful and impactful work it produces. Our world is built around people and ensuring the protection of their rights is key to maintaining a healthy, successful society. Thanks to the continued efforts and commitment of Baroness Kennedy QC and Professor O’Regan, new generations of enthusiastic, ambitious socially active students from all walks of life, are able to receive the academic, professional and practical education and mentorship needed to improve people’s access to justice and support the protection of their rights.’