New research led by Oxford University has revealed that sweet potato likely arrived naturally in Polynesia in pre-human times - challenging the long standing view that one of the world’s most widely used crops was transported from America to Polynesia by people.
Published

New research led by Oxford University has revealed that sweet potato likely arrived naturally in Polynesia in pre-human times - challenging the long standing view that one of the world’s most widely used crops was transported from America to Polynesia by people.

Christopher Columbus’ arrival in America in 1492 marks the beginning of the great age of exploration of the New World. However, contacts between America and the rest of the world prior to the voyage of Columbus are shrouded in mystery and continue to be a subject of dispute amongst scholars as the evidence for these contacts is tenuous and inconclusive. According to travellers’ accounts, the first European explorers to arrive in Polynesia discovered that the sweet potato, a plant of American origin, was widespread in the region.

The early presence of sweet potato in Polynesia has been widely interpreted as strong evidence for contacts between Polynesians and Americans in the Pre-Columbian era, whereas the possibility that the sweet potato crossed the Ocean through natural dispersal has received little attention.

Led by Professor Robert Scotland, and Post Doctoral students Pablo Muñoz-Rodríguez and Tom Carruthers from Oxford’s Department of Plant Sciences, with contributions from
The International Potato Centre (Lima, Peru), Oregon State University and Duke University (both in the United States), the new report published in Current Biology is the first complete study on the evolution and origin of sweet potato. 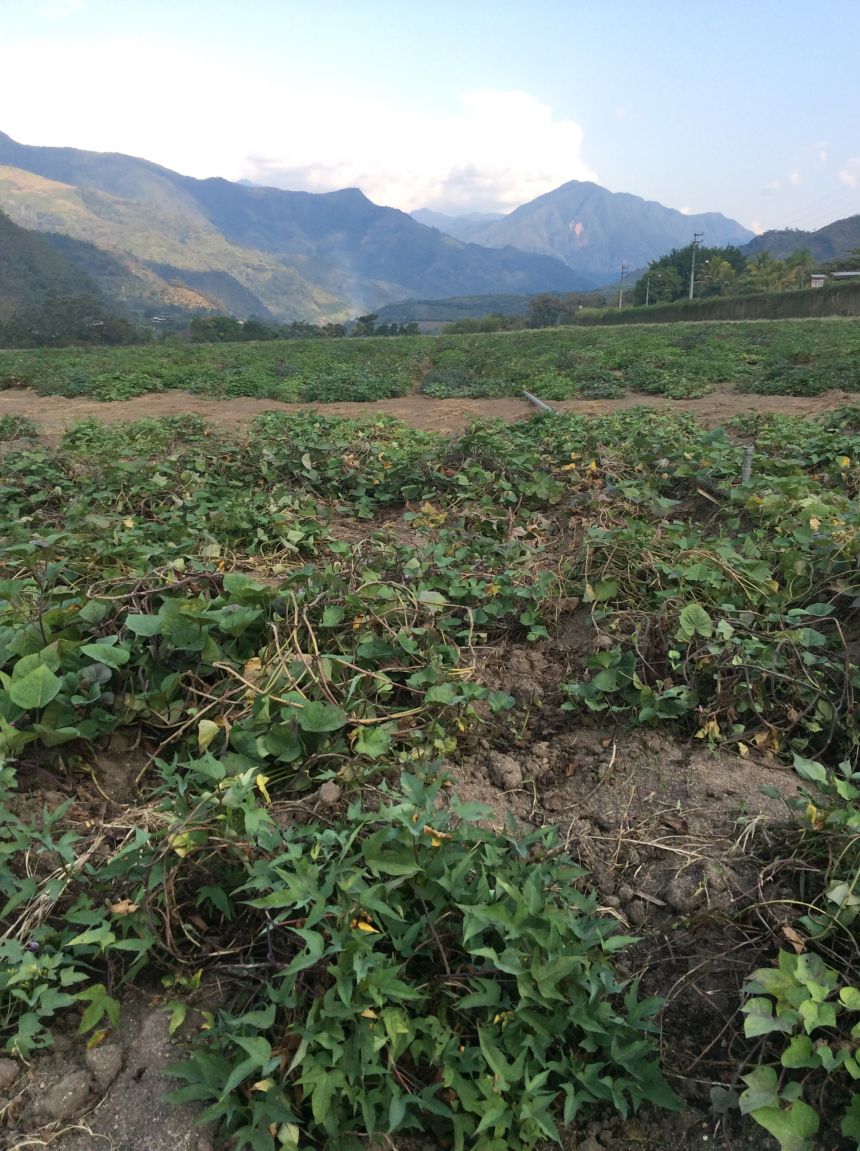 The findings include strong evidence that sweet potato was not brought to Polynesia by humans, but that it probably travelled from America by natural means. The work reveals that the earliest collection of sweet potato known from Polynesia, collected in 1769 during Captain Cook’s voyage in the Endeavour, represents a distinct variety that originated before humans colonised the region. This evidence constitutes a powerful challenge to the claim that there were pre-Columbian contacts between Polynesia and South America, even more considering that the early presence of sweet potato in the region has been presented as one of the main proofs of those contacts.

The team used advanced techniques of DNA sequencing to assemble the most comprehensive genomic dataset of sweet potato and its close wild relatives to date. This dataset, which included living plants and historic herbarium specimens, allowed them to answer important questions about the origin and evolution of sweet potato that remained unanswered. Among other findings, they identified the wild species that is the progenitor of the cultivated plant, and demonstrated that several other species of morning glories closely related to the sweet potato have colonised Polynesia by natural means.

Pablo Muñoz-Rodríguez, a main author of the paper, explains: ‘The sweet potato’s early presence in Polynesia has been widely interpreted as strong evidence for human contact between Polynesia and America in the Pre-Columbian era. However, our finding is that the plant probably reached the Pacific Islands through natural dispersal by birds, wind or sea currents in pre-human times, as did several other species of morning glory’.