Social background makes no difference to an Oxford student's career prospects, according to research carried out by the University's Careers Service.

Analysis of nearly 3,000 undergraduate leavers from Oxford University reveals there is no significant difference in career outcome associated with a student's social background.

The research suggests an Oxford degree 'levels the playing field' for graduates and indicates that subject choice does not limit career options, which may have implications for prospective students concerned about applying for non-vocational courses.

However, the results do show some statistically significant differences in certain areas, including higher average starting salaries for students from BME backgrounds – probably as a result of chosen industry sectors.

[Scroll down for a focus on recent Oxford graduate Nikita Hayward.]

Jonathan Black, Director of Oxford University's Careers Service, led the research. He said: 'At open days, careers staff will often be asked questions such as "What am I going to do with this subject?" – particularly by applicants who would be identified as widening participation candidates under Oxford's flagging system or are perhaps the first in their family to apply to university.

'This research should provide reassurance not only that social background has no bearing on an Oxford student's career prospects, but that course choice is also unlikely to limit a student's options when they graduate.'

The study examined data from 2,791 Oxford leavers who responded to the 2014/15 Destinations of Leavers from Higher Education survey. A host of socio-demographic measures were then added to these data, including levels of educational and financial advantage, school type, sex and ethnicity.

The study found no statistically significant difference in employment rate or mean starting salary between Oxford students flagged for measures such as financial or educational disadvantage (141 ACORN and 204 POLAR3-flagged students) and those who were not flagged. These results were echoed for school type.

However, the research did find that BME students (£26.0k) had significantly higher mean starting salaries than white students (£19.2k) – most likely as a result of industry sector choice. For example, the highest-paid sector, banking and investment, attracted a higher proportion of BME students, as did the fourth highest-paid sector, health and social care. The study also found that BME students entering the banking and investment sector were far more likely (60%) to have studied a science subject than white students (39%; 59% humanities and social sciences).

In 2017, 38% of widening participation (WP)-flagged applicants applied to study one of just four subjects at Oxford: Law, Medicine, Maths or Physics. The same four subjects attracted 27% of applications from non-WP students.

Jonathan Black said: 'Given that prospective students from less advantaged backgrounds appear to be more concerned about career outcomes and are more likely to choose courses with clearer employment prospects, we hope these results can be used to demonstrate that studying at Oxford levels the playing field, and that sectors such as banking and investment can be entered from a wide range of subjects.

'It's also important to note that this research was based on two quantifiable measures: employment rate and starting salary. What we want is for our graduates to be in fulfilling roles and making a difference in the world. Future analysis could include more qualitative measures such as job satisfaction, as well as being extended to a cross-section of other higher education providers.'

'I was born and grew up in central Milton Keynes, where I'm still based, living on a very multi-cultural estate. I enjoyed my time at school, and the teachers all inspired me in different ways, particularly in encouraging me to apply to Oxford. At my secondary school one or two students would be accepted by Oxford or Cambridge every year, and others would get on to highly selective courses at Russell Group universities. 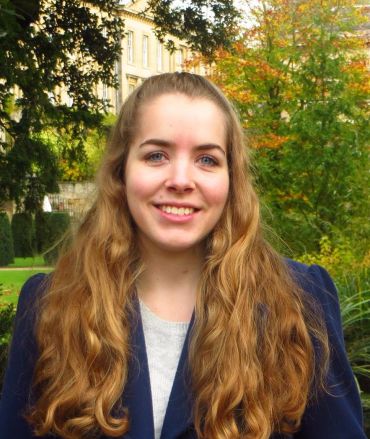 'I am currently preparing to go to Chittagong in Bangladesh, where I will be acting as a Junior Fellow at the Asian University for Women until May 2018. I will be working as a teaching assistant and helping students with their spoken and written English, including course essays and applications to study at other universities.

'The Careers Service was one of the most valuable resources that I encountered while at Oxford. I started attending Careers Service events in my first year and discovered their programme for international internships (OUIIP). As someone who loved to travel, I was keen to gain more experience abroad. After finishing my first year at Oxford, I spent the summer in Washington DC, interning at a naval museum, where I helped to run summer camps for local children. I was able to apply for funding from the Careers Service to cover the cost of flights and so that I could rent a shared apartment in DC.

'During my second year I applied to the Insight Into Teaching programme run by the Careers Service and observed lessons at a local comprehensive school in Oxford, which gave me the chance to speak to sixth-form students about their university applications and talk about my own experience of applying to Oxford. At the end of my second year I was accepted on to a sponsored internship to complete a cultural exchange project at a university in southern China. This was my first time in Asia, and my first real experience of living in a non-Anglophone country. I was fascinated by Chinese culture and enjoyed my time with the Chinese students so much that I knew I would return to China at some point in the future.

'After graduating in July 2015 I spent nearly five months near New Delhi in India, this time with the British Council’s Generation UK-India programme. I worked as an English-language teaching assistant in a relatively new school, with students aged four to 16. The Careers Service once again allowed me to apply for funding in order to cover the cost of return flights.

'My time spent abroad during my undergraduate years has not gone unnoticed by employers and has had an enduring influence in shaping my career so far. In early 2016 I returned to China to study Mandarin at a university in Shandong province, on a scholarship awarded by the British Council. I’m certain that my previous internship experience in China proved that I had a basic understanding of the culture, as well as first-hand experience of the need for Mandarin language skills in order to effectively communicate and better understand cultural norms in China.

'In addition, I have remained in touch with the Li & Fung Foundation, which sponsored my second-year internship. It was through this connection that I first learnt about the Asian University for Women and its Junior Fellowship programme. Thus, my next destination actually has its roots in my first interaction with the Careers Service's own OUIIP, over four years ago. It’s been an incredible journey, bringing into focus cultures and places I encountered in childhood and seeing them for myself, experiencing the transformative nature of education in such a variety of settings, and realising that it was made possible by my time at Oxford.

'Access to Oxford is improving: I think that the informal network of connecting current Oxford students with aspiring potential candidates from their school and other local schools really helps, as do the various access and outreach events put on by the University's own Widening Participation team. The idea that Oxford might be able to "level the playing field" in terms of career prospects for its students, regardless of background, is in no small part due to the number of bursary schemes and scholarship packages offered at undergraduate level, which go beyond financial support.

'These means-tested scholarships specifically target those students coming from less traditional backgrounds, often with no history of university education. In my case, the Moritz-Heyman scholarship reduced the cost of my tuition fees and provided me with a generous living allowance, which allowed me to take out a smaller student loan. Crucially, though, it also gave me access to internships, work experience and a network of Oxford students from similar backgrounds.'