Dame Carol Robinson, Professor of Chemistry at the Physical and Theoretical Chemistry Laboratory, Oxford University, has been elected as a foreign associate of the US National Academy of Sciences (NAS).

The National Academies of Sciences, Engineering, and Medicine produce ground-breaking research that helps to shape the policy agenda, inform public opinion, and advance the pursuit of scientific excellence.

Widely regarded as one of the highest honours that a scientist can receive, the NAS induction recognises leaders in their field for their consistent, exemplary achievements in original research. 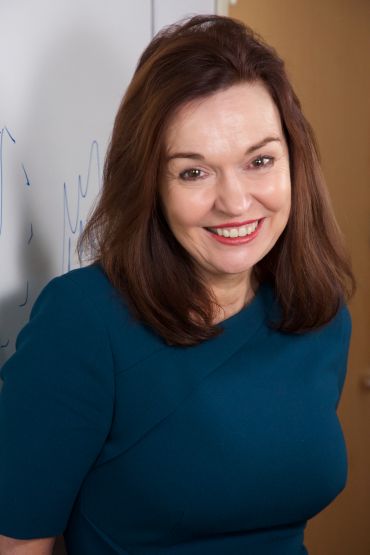 Amongst many accolades her achievements include receiving a L'Oréal-UNESCO Award for Women in Science, the Rosalind Franklin and Davy medals of the Royal Society and membership of the Council of the Royal Society. An avid ambassador for women in science, technology, engineering and mathematics (STEM), throughout her career she has worked hard to challenge and dissolve the notion that science is a man’s world.

Dame Carol is, moreover, one of Oxford University's best-known scientists, leading on a number of ongoing pioneering research projects, including her work looking at the 3D structure of proteins. Recent studies have also informed understanding of human behaviour and dietary choices. Specifically, shedding light on why some people suffer from addictive tendencies, and in another, why our bodies respond differently to dietary sugars. In addition to her research she plays a pivotal role in the University’s community outreach, with her work supporting the general public and children to better engage with science.

Professor Donal Bradley, Head of the Mathematical, Physical and Life Sciences Division at Oxford University, said: ‘Carol's research leadership at Oxford has contributed significantly to the growth of our strength in science and is key to shaping an exciting future for cell biology here. Her work using mass spectrometry as an analytical tool to understand cellular proteins is pioneering. Dame Carol’s induction to the US National Academy is both fantastic news and thoroughly deserved.’

In addition to recognising Dame Carol’s achievements, the NAS honouree list includes Professor Sir Tony Hoare of Microsoft Research, Emeritus Professor in the Department of Computer Science, and a former Head of Department.