Petra Schleiter, Professor of Comparative Politics in the Department of Politics and International Relations at the University of Oxford, draws on recent research to analyse how voters will react to Theresa May's decision to call a snap election on 8 June.

When Prime Minister Theresa May announced her intention to call a snap election on June 8, she took a political gamble. Two polls over the Easter weekend put the Conservatives 21 points ahead of Labour. Mrs May will be hoping to translate this polling lead into a crushing electoral victory and a personal mandate that will free her from the constraints of working with her current slim majority of just 17. If she succeeds, she would be empowered politically to deal with factions within her own Conservative Party and the opposition. But how are voters likely to respond to this surprise move by the government?

Party leaders are currently trying to frame the electorate’s views of it. Mrs May is justifying her decision by saying there is a need for strong leadership in the light of political opposition to her vision of Brexit from the Labour Party, the SNP, and the Liberal Democrats, as well as the House of Lords. This way of presenting the election exploits the considerable public approval of Mrs May’s leadership of the government (52 percent satisfied) compared with Mr Corbyn’s leadership of the Labour party (23 percent satisfied, 64 percent dissatisfied. Source: Ipsos Mori, March 2017). 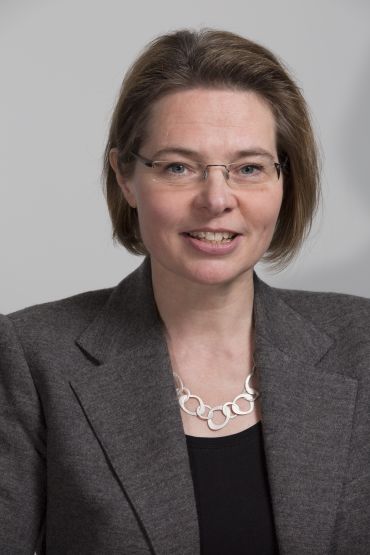 Survey experiments that I have conducted in the UK, with Professor Margit Tavits of Washington University, consistently show that voters perceive the opportunism inherent in elections which incumbent governments call for partisan political advantage. They understand that a government’s ability to time an election when the opposition is particularly weak represents a significant strategic advantage. For this reason, according to our surveys, the average voter regards such elections as 'procedurally unfair'. Voters also understand that incumbents who can be confident of performing strongly to the next regular election have no reason to call an early election. Governments call snap elections when they cannot be confident of maintaining their current, high level of popularity and performance through to the next regular election. In light of this, our research suggests that voters lower their assessments of the government’s competence and of its anticipated future performance when they observe a strategic election call. For both of these reasons, governments that engage in opportunistic election calling pay an electoral price. Voter support for such governments is lower than it would have been had there been a regular election. Mrs May, too, is likely to pay this price in electoral support in June.

Others have pointed out that Mrs May’s call for strong leadership is less compelling at this time than she might want it to be. As Lord Wood (Labour) said on BBC Radio 4’s “World at One” (18/04/2017), there is currently no obstacle to the government’s leadership that must be overcome, no issue of national interest significant enough to justify going to the country. The triggering of Article 50, which formally began the process by which the UK is withdrawing from the European Union, could have turned into such an issue. However, once parliament authorised the triggering of Article 50, that justification fell away, making the timing of the election seem opportunistic and self-interested.  Indeed, Labour and the SNP joined forces in arguing that Mrs May is prioritising party political interests over those of the country with this election call. These attempts to frame the election matter because research shows that voters take the government’s opportunism into account, as well as policy performance and leadership when they respond to strategic election calls.

However, even if Mrs May pays an electoral price for this strategic election call, it is unlikely to thwart her ambitions for two reasons. First, our research shows that voters regard a government’s choice to time the election strategically and for partisan benefit as significantly less important to their vote choice than the incumbent’s policy performance and party leadership. While voters may punish Mrs May for calling an early election for partisan interest, that punishment is unlikely to overwhelm their underlying approval of her leadership and of her government’s performance. Secondly, with an opinion poll lead as large as 21 percent, Mrs May can afford to lose a significant amount of support while still winning the election. Labour’s flagging popularity under Mr Corbyn will bolster the Prime Minister’s advantage.

In sum, the Conservative party is likely to benefit from this strategic election call by winning the election, although Mrs May should expect to win with significantly less than a 21 percent lead over Labour.  How much of a lead she will maintain and how much support she will lose will be crucial to her plan of realising an enlarged parliamentary majority. A strategic election call is always a political gamble, even in circumstances as favourable as the current situation in the UK.

Professor Schleiter's most recent research project is on Fairness and Voter Reactions to Government Opportunism.
Her analysis is also published on the Department of Politics and International Relations' OxPol Blog.