2016 has been a year of huge success for Oxford's Mathematical Institute.
Published

Professor Nigel Hitchin FRS, Savilian Professor of Geometry in the Mathematical Institute at the University of Oxford, has been awarded the Shaw Prize in Mathematical Sciences for 2016. 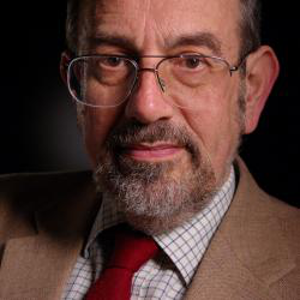 Professor Nigel Hitchin
The Shaw Prizes, established under the auspices of Sir Run Run Shaw, the Hong Kong-based philanthropist, are awarded to individuals who have achieved significant breakthrough in academic and scientific research or applications, and whose work has resulted in a positive and profound impact on mankind.

Professor Hitchin received the award 'for his far-reaching contributions to geometry, representation theory and theoretical physics. The fundamental and elegant concepts and techniques that he has introduced have had wide impact and are of lasting importance.'

Professor Frances Kirwan FRS, a colleague in Oxford's Mathematical Institute, said: 'Nigel Hitchin has made fundamental contributions to the fields of differential and algebraic geometry and richly deserves the award of the Shaw Prize. His work has influenced a wide range of areas in geometry and mathematical physics, including symplectic and hyperkähler geometry, the theory of instanton and monopole equations, twistor theory, integrable systems, Higgs bundles, Einstein metrics and mirror symmetry.'

Professor Martin Bridson FRS, Head of the Mathematical Institute, said: 'It is a real joy to see Nigel Hitchin's profound and influential work recognised by the award of the 2016 Shaw Prize. His inspiring intellectual leadership in geometry has been matched throughout his career by many services to the mathematical community in the UK and across the world, for which we are all deeply grateful. Oxford has been extremely fortunate to have Nigel with us for so much of his career, and we are very proud of him.'

Professor Hitchin said: 'I am delighted and honoured to be awarded this prize. Since most of my working life has been spent in Oxford, it is also a recognition of the support I have received here.'

The Shaw Prize is an annual award first presented by the Shaw Prize Foundation in 2004. Established in 2002 in Hong Kong, it honours people working in the fields of astronomy, life science and medicine, and mathematical sciences. The 2016 Shaw Prizes are worth US$1.2m to each winner.

The presentation ceremony is scheduled for Tuesday 27 September 2016 in Hong Kong.