A new Shakespeare First Folio has been discovered at Mount Stuart on the Isle of Bute. Emma Smith, Professor of Shakespeare Studies at Oxford University, has authenticated the First Folio as genuine..

The Folio can be viewed by the public at Mount Stuart in a special display which will run from today until 30 October. It is the only Folio to be displayed this year that has not previously been seen by the public.

Professor Smith has identified the Folio as the working copy that formerly belonged to Isaac Reed, a well-connected literary editor working in London in the 18th century.

The First Folio is the name given to the collection of William Shakespeare’s 36 plays published in 1623. Around 230 First Folios are known to survive and it is one of the most valuable books in the world.

'When the team at Mount Stuart first told me they thought they had a First Folio, I must admit I thought "yeah, sure, and so do I!",' said Professor Smith.

'But when I went up to investigate, I could see from the watermarks and the idiosyncracies of the text that it was genuine. It was a really exciting moment, I find First Folios to be such charismatic books.'

She added: 'This is an exciting discovery because we didn’t know it existed and it was owned by someone who edited Shakespeare in the 18th Century.'

'It is an unusual Folio because it is bound in three volumes and has lots of spare blank pages which would have been used for illustrations.

'This First Folio belonged to Isaac Reed, a serious and well-connected literary editor who had an extensive library.

'After that the trail of the Folio goes cold as there are no further public records of its existence and it was omitted from Sidney Lee's 1906 census of First Folios.

'But we know that Mount Stuart acquired the Folio at some point in this period because it is mentioned in a catalogue of the Bute library in 1896. In fact, a note in the house’s archives show that the 3rd Marquess of Bute thought the sum for which it sold in 1807 was ‘too dear’ so perhaps the family found the price more reasonable when the book came onto the market later in the 19th century.' 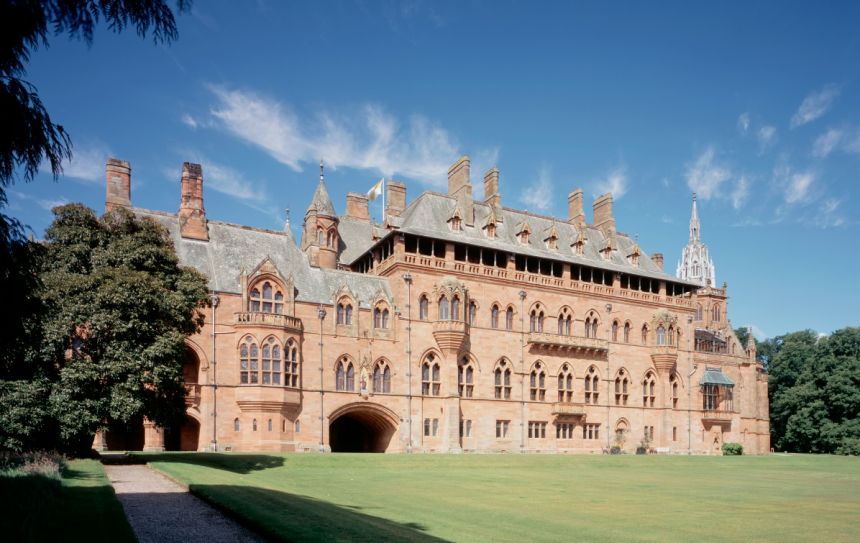 Mount Stuart on the Isle of Bute, where Professor Smith travelled to investigate the book's authenticity

The Reed-Bute Folio is in three volumes – comedies, histories and tragedies – and was rebound in goatskin in 1932 to match the other three Bute Folios.

In her book, she investigates the events leading up to the publication of the First Folio, seven years after Shakespeare’s death.

'The real importance of the First Folio is that, without it, we would not have half of Shakespeare's plays, including Macbeth, The Tempest and As You Like It,' said Professor Smith.

'My book aims to apportion credit for Shakespeare's legacy more widely and to note that without the people who edited, printed, and read the book in 1623, we would not be celebrating the 400th anniversary of his death this year.

'When we think about Shakespeare, we usually think about his plays being performed on stage. But the written word and the First Folio is central to our understanding of Shakespeare. I hope this anniversary year encourages people to reread the texts of his work.'

The Folio is believed to be only the first of many significant discoveries in the Bute Collection at Mount Stuart. The collection was put together over 600 years and includes landmark works of British portraiture from the 18th and 19th centuries, Italian masterpieces from the 16th century, and Dutch and Flemish Old Masters.

Mount Stuart is working with academics from universities including Glasgow, Dundee, Stirling and Oxford to study the collections and explain their significance to visitors to Bute and the wider public.

'In terms of literary discoveries, they do not come much bigger than a new First Folio, and we are really excited that this has happened on Bute,' said Alice Martin from Mount Stuart.

'But it is just the tip of the iceberg for the undiscovered material in the remarkable Bute Collection, and we are working with scholars from universities including Glasgow, Dundee, Stirling and Oxford to share our collections with schoolchildren in Scotland and with the public.

Mount Stuart Trust is marking the anniversary of Shakespeare's death with a new education programme, including an online exhibition of frontispieces created by local primary school children.

'We want young people on Bute to feel an ownership over the House and its collections,' said Miss Martin.

'We want to play our part in educating young people in the west of Scotland and by organising school visits to see the Folio, we are beginning that process.'

'The collection at Mount Stuart is truly inspirational; it doesn’t just tell the story of a house and family but the history of a Nation,' said Adam Ellis-Jones from Mount Stuart.

'It is the repository for a thousand years of history and new discoveries are being made all the time.

'The revelation of this First Folio is not only important for the Isle of Bute but significant for Scotland as a country.'

The Bodleian Libraries' two copies of the First Folio will be on display in the Weston Library later this month in an exhibition curated by Professor Smith called Shakespeare’s Dead. 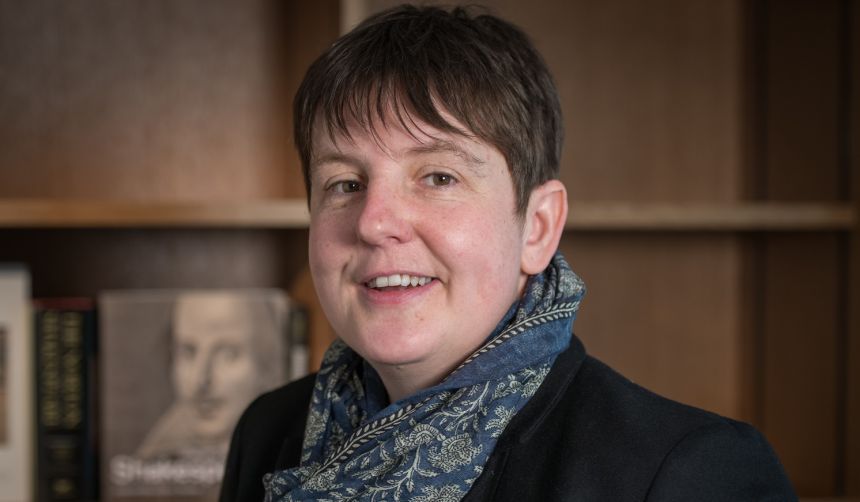 Emma Smith is Professor of Shakespeare Studies at Oxford