Dr Sneha Malde of Oxford University's Department of Physics has been awarded one of this year's L'Oréal-UNESCO UK & Ireland For Women In Science Fellowships.

The Fellowships, launched in 2007, are annual awards that aim to highlight the need for greater female participation in science and provide practical help to outstanding female postdoctoral scientists to continue their research. Each Fellowship comes with £15,000 prize money that can be spent on support such as equipment, field trips, attendance at conferences, childcare, and collaborations. 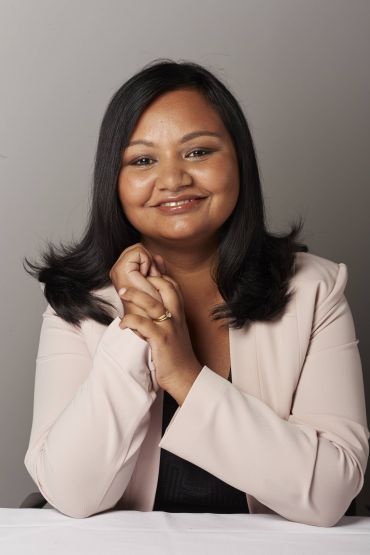 Dr Sneha Malde
Photo: Drew Gardner
Dr Malde received her award on 19 June at a ceremony held at London’s Royal Society. The award will support her work investigating matter and anti-matter, in particular why, when matter and anti-matter should have been created in equal quantities in the Universe, matter has come to dominate everything around us. She aims to expand a powerful method of measurement she has helped developed to help analyse data from the LHCb experiment at CERN's Large Hadron Collider to explore where the Standard Model’s description of the differences between matter and anti-matter breaks down and new discoveries could be made.

Dr Malde said: 'I plan to use the £15K mainly for travel. This includes travel to CERN, where the experiment I work on is based, and also to international conferences. In particular I want to be able to travel with my young son and a child-carer, and these funds will allow me to facilitate that. The flexibility in how I can use the grant will make a real difference to my research over the coming year. It is a huge honour to be chosen for the fellowship. I was extremely happy that my mum and husband could be at the awards ceremony where the result was announced as they've both been incredibly supportive of my career.'

The other three FWIS Fellowship winners came from the University of Cambridge, University of Manchester, and Imperial College London.