Schoolteachers and academics from Papua New Guinea have spent a fortnight in Oxford on an intensive course run by Oxford University's Department of Education in a bid to develop teacher education in the country.

18 people involved in education in Papua New Guinea took part in the two-week course, which formed part of a collaboration between Oxford University and the University of Goroka.

The aim of the project is to develop teacher education in Papua New Guinea, focusing on maths, science and English literacy. The group visited local schools in the Oxford Education Deanery, a partnership between Oxford academics and teachers in state secondary schools in Oxford. They also discussed the issues and challenges facing teaching in Papua New Guinea.

Professor Ernesto Macaro, director of the Department of Education at Oxford University, said: 'With over 800 different languages spoken at home by school-aged children the challenge faced by teachers and teacher educators is teaching academic subjects through one of the country's two official languages - English.'

Dr Ann Childs, a science education specialist at Oxford University, added: 'The rich language and culture of Papua New Guinea also influences the teaching of mathematics and science and these issues were explored in the two week visit and various avenues of joint research and collaboration in science, mathematics and English education. Therefore this collaborative project is not intended to impose an Oxford model on a very different context but to assist teacher educators in creating the research and development tools that will enable to them to create their own most effective model of teacher education.'

The collaboration between Oxford and the University of Goroka was facilitated by former Australian Senator Bill O’Chee, who is an Oxford alumnus. He said: 'I'm immensely proud that my university could recognise the opportunity to help change the lives of millions of young people, and was willing to extend a helping hand to the other side of the world. In the long run, I hope that the collaboration between Oxford and the University of Goroka will pay off in other ways, for example Oxford using Goroka as a forward operating base for research into anthropology, biology, forestry, and tropical medicine.  There is a lot our ancient university and this young university can do together.'

It is hoped that the collaboration will lead to joint research initiatives between Oxford and Papua New Guinea, and will lead to talented students from the country applying to Oxford. 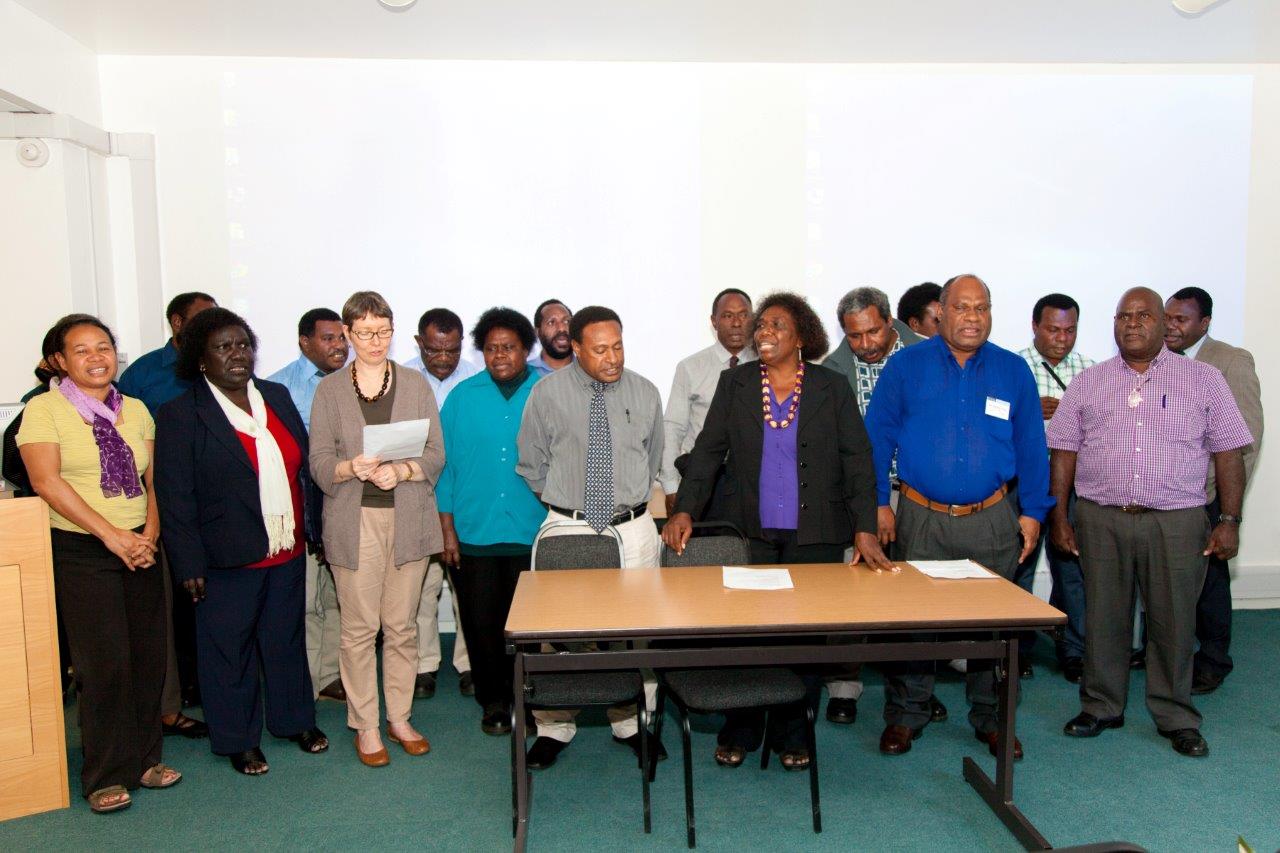