In the past the warming climate benefitted Adélie penguins but now they are in decline
Photo: Tom Hart
Published

An international team, led by scientists from the University of Southampton and Oxford University, has used a genetic technique to estimate when current genetic diversity arose in penguins and to recreate past population sizes. Looking at the 30,000 years before human activity impacted the climate, as Antarctica gradually warmed, they found that three species of penguin; Chinstrap, Adélie and southern populations of Gentoo penguins increased in numbers. In contrast, Gentoo penguins on the Falkland Islands were relatively stable, as they were not affected by large changes in ice extent.

A report of the research is published in the journal Scientific Reports.

'Whereas we typically think of penguins as relying on ice, this research shows that during the last ice age there was probably too much ice around Antarctica to support the large populations we see today,' said lead author Gemma Clucas Ocean and Earth Sciences at the University of Southampton. 'The penguins we studied need ice-free ground to breed on, and they need to be able to access the ocean to feed. The extensive ice-sheets and sea ice around Antarctica would have made it inhospitable for them.

'What is particularly interesting is that after the ice age, all of these penguin populations were climate change 'winners', that is to say the warming climate allowed them to expand and increase in number.  However, this is not the pattern we’re seeing today. Adélie and Chinstrap penguins appear to be declining due to climate change around the Antarctic Peninsula, so they've become 'losers'. Only the Gentoo penguin has continued to be a 'winner' and is expanding its range southward.'

Dr Tom Hart of Oxford University's Department of Zoology, an author of the paper, said: 'We are not saying that today's warming climate is good for penguins, in fact the current decline of some penguin species suggests that the warming climate has gone too far for most penguins.

'What we have found is that over the last 30,000 years different penguin species have responded very differently to a gradually warming world, not something we might expect given the damage current rapid warming seems to be doing to penguins' prospects.' 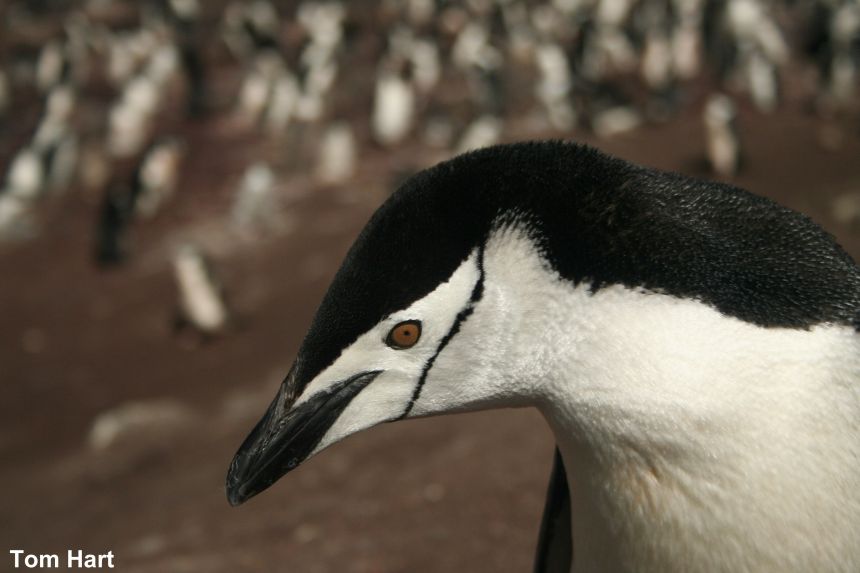 To estimate changes in penguin genetic diversity, the researchers collected feathers and blood samples from 537 penguins in colonies around the Antarctic Peninsula. The scientists then sequenced a region of mitochondrial DNA that evolves relatively quickly. Using the rate of mutation of this region of DNA as a calibration point, the researchers were able to chart how the size of these populations has varied over time.  The team working on the project included scientists from the British Antarctic Survey and also US scientists from Oceanites Inc, Woods Hole Oceanographic Institution, and the University of North Carolina, Wilmington.

'During the last ice age Antarctica was encircled by 100 per cent more winter sea ice than today,' said Dr Hart. 'As ice retreated, these penguins had access to more breeding sites and more open ocean to feed.'

Gemma Clucas said: 'Despite historic warming clearly opening up new opportunities for penguins, we should not assume that current rapid warming caused by human activity is good for penguins as a whole. Evidence from other studies shows that climate change today is creating lots of losers and few winners – with chinstrap and Adélie populations around the Antarctic Peninsula declining fast.  This is probably as a result of reductions in sea ice causing stocks of the krill they feed on to shrink, whilst populations of Gentoo penguins, which don’t rely on krill as much, grow and expand.' 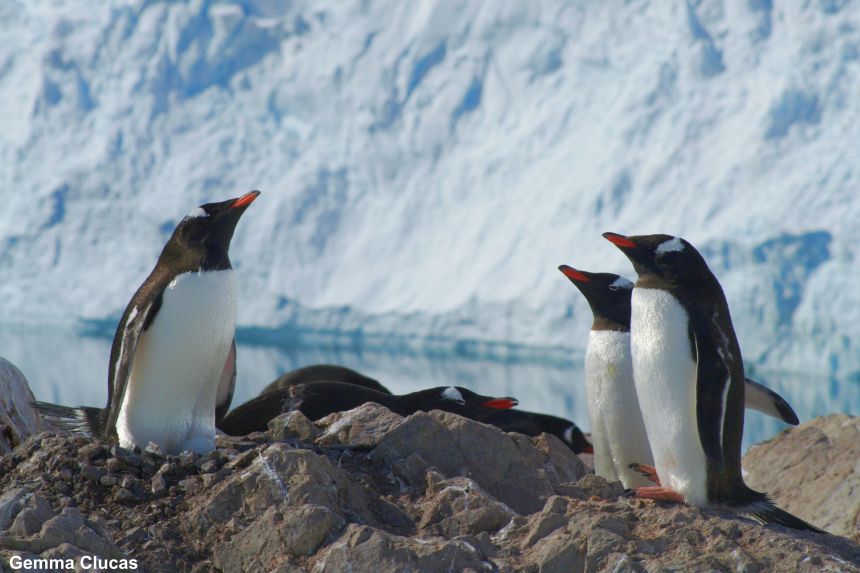 In contrast to other penguins Gentoo population numbers have increased in recent years
Photo: Gemma Clucas

A report of the research, entitled 'A reversal of fortunes: climate change 'winners' and 'losers' in Antarctic Peninsula penguins', is published this week in Scientific Reports.