People with dyslexia have greater difficulty than others in shifting attention between the senses – from seeing something to hearing something – according to an Oxford University study.

The researchers suggest that action video games, where attention is constantly shifting focus, may be able to boost literacy skills – though they have yet to test this. The findings are reported in the journal Current Biology. 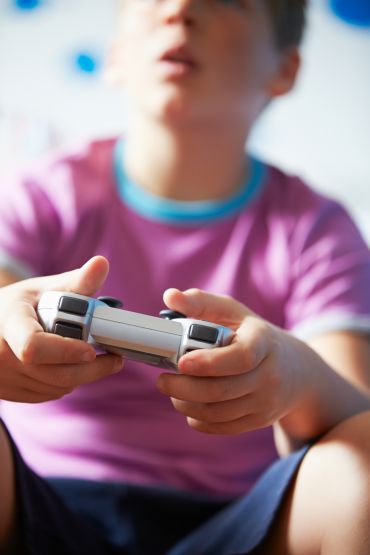 'Imagine you are having a conversation with someone when suddenly you hear your name uttered behind you,' says Dr Vanessa Harrar of the Department of Experimental Psychology at the University of Oxford. 'Your attention shifts from the person you are talking to – the visual – to the sound behind you. This is an example of a cross-sensory shift of attention. We found that shifting attention from visual to auditory stimuli is particularly difficult for people who have dyslexia compared to good readers.'

The study is of personal interest to Dr Harrar, as she had some early difficulties in reading and writing. 'I was never actually diagnosed with dyslexia,' she says, 'and my difficulties were in the past. I was a very slow reader and made a ton of spelling mistakes. The more difficult it was to read, the less I did it and the more I fell behind my peers.

'I'm still a bit slower than most readers but otherwise I have overcome my difficulties. I have to read and write all day, every day, and it's no longer difficult. I count myself lucky and hope that others find the tricks and training that they need to overcome their difficulties.'

The study included 17 participants who had been formally diagnosed with dyslexia and 19 people without any reading problems, who formed a control group.

Volunteers were asked to push a button as quickly as possible when they heard a sound, saw a dim flash, or experienced both together. The speed with which they pressed the buttons was recorded and analysed.

While the researchers say further study is needed, they suggest that dyslexia training programmes should consider taking this into account.

'We think that people with dyslexia might learn associations between letters and their sounds faster if they first hear the sound and then see the corresponding letter or word,' Dr Harrar says. Traditional approaches to learning to read, in which letters are first seen and then heard, do just the opposite, she explains.

Dr Harrar and colleagues go on to propose action video games as another possible approach to improving reading and writing.

This idea is not without foundation. Dyslexia is thought to involve brain circuits which guide attention, especially visual attention, Dr Harrar explains, and research by an Italian group and published in 2013 demonstrated that action video games chosen to improve attention can boost reading skills in people with dyslexia.

The Oxford results also support the hypothesis that people with dyslexia have problems focusing and refocusing their attention, extending this to shifting attention between the senses.

'It would be interesting to modify the video games used in previous research to include a multi-sensory component and compare the benefits,' says Dr Harrar.

She adds: 'Some people with dyslexia have more apparent auditory deficits, others visual, and perhaps others have more multisensory problems. In the long term, we'd like to be able to target dyslexia training programmes to the specific sensory deficit of each child.'