Deputy Prime Minister Nick Clegg announced today that the Oxfordshire City Deal will bring investment in innovation and infrastructure expected to be worth over £1.2bn.

The official signing of the City Deal between local partners, including Oxford University and the Government sees improvements in roads and public transport to link the region's world-class research and industrial areas creating thousands of new jobs. The City Deal signing follows the announcement by Chancellor George Osborne on Tuesday that £30m of Government funding will go towards a total investment of £67m in four innovation centres across Oxfordshire.

Two Oxford University innovation centres will benefit from the investment aiming to ensure that even more business ideas make the transition from the laboratory to the global marketplace and that high-tech start-ups can grow and develop into larger companies.

Mr Osborne made the announcement on Tuesday during a visit to Oxford University's Begbroke Science Park. He saw how the University is already ensuring that its research results in new businesses, products and services as he visited University spin-outs at various stages of development with some firms just starting out and others already establishing themselves as global market leaders.

Mr Osborne said: 'Oxfordshire is internationally recognised as a hub of innovation and we have to keep this up. The government will set out how we're improving local infrastructure and investing in skills so we can take full advantage of these facilities in the Oxford and Oxfordshire City Deal later this week.'

Professor Andrew Hamilton, Vice-Chancellor of the University of Oxford, said: 'Oxfordshire is already a powerhouse of innovation and wealth creation – it was recently ranked amongst the world’s top five 'hotspots' for innovation – and it is crucial that we build on the region's unique strengths. Creating a regional environment in which entrepreneurial activity can thrive is good for Oxfordshire and good for Oxford University in its mission to continue to attract the best students and researchers from around the world.'

Ahead of today's signing Mr Clegg said: 'Today we are signing over real power from Whitehall to Oxford, giving the people who know Oxford best an unprecedented opportunity to decide how to invest millions of pounds in the region. The Oxford City Deal will provide the improved roads and public transport links the area needs to make the most of its world class universities and innovative science facilities.'

Minister for Cities Greg Clark said: 'As international centres of innovation go, it is difficult to think of a better pedigree than Oxford. The City Deal provides the tools for those who know Oxford best – business, local authorities and of course the universities – to forge their own path to success, using the area’s strengths to create tens of thousands of jobs and bring in hundreds of millions in inward investment.'

As part of City Deal £22m of Government funding will go towards three local transport schemes: road links to the Science Vale Enterprise Zone will be improved, and the first phase of the new Science Transit public transport scheme will begin. The Science Transit will eventually see buses and trains running frequently between the universities and key innovation and economic areas, using ‘smart’ tickets similar to London’s Oyster cards. The City Deal will see the scheme begin at bottlenecks on the A34.

Professor Ian Walmsley, Pro-Vice-Chancellor (Research & University Collections) at Oxford University, said: 'We want even more of the research made in Oxfordshire to benefit Oxfordshire, as well as the UK and the wider world. Oxford University has played a key role in formulating the City Deal proposal and we will continue to work with our City Deal partners – Oxford City and Oxfordshire County Council and the Local Enterprise Partnership – to help generate new opportunities for economic growth in the region.'

The Begbroke Innovation Accelerator at Begbroke Science Park (BSP), will build on a track record of successful integration of the academic and business communities, and will focus on the advanced engineering sectors of automotive, nuclear materials, advanced materials, robotics, as well as in nano-medicine, pharmaceuticals, energy storage and supercomputing. BSP now hosts over 20 different academic research groups and over 30 science based start-up companies from across the physical and medical science sectors.  The Accelerator project will build on BSP's successful cross-disciplinary approach to bring business and technology even closer together in one location as well as supporting them with training, networking and mentoring activities. It will enhance the emergence of new ideas and support their successful transition to the market place by enabling collaboration across the so-called 'valley of death' – the gap between having an idea for an invention and it being developed enough for others to want to invest in it.

The Oxford BioEscalator will be located in the centre of one of the world's leading medical research hubs. This unique project, involving a consortium of stakeholders, will catalyse the translation and commercialisation of the university's fundamental and clinical research for the benefit of patients and society. The university is doing everything possible to identify new treatments for many chronic diseases, including Alzheimer's, diabetes, cancer, inflammatory and many 'rare' diseases. The BioEscalator, by bringing together university and hospital scientists, many industries, funding organisations, investment communities, patient groups and entrepreneurs, will accelerate the creation of many new companies, and with it jobs in Oxfordshire. Public space within the BioEscalator will encourage interactions and networking opportunities for emerging businesses, established enterprises, researchers, entrepreneurs, and investors that will foster entrepreneurship and commercial developments and help business ideas in this sector to emerge, start-up, grow and move onto larger science parks in the region. 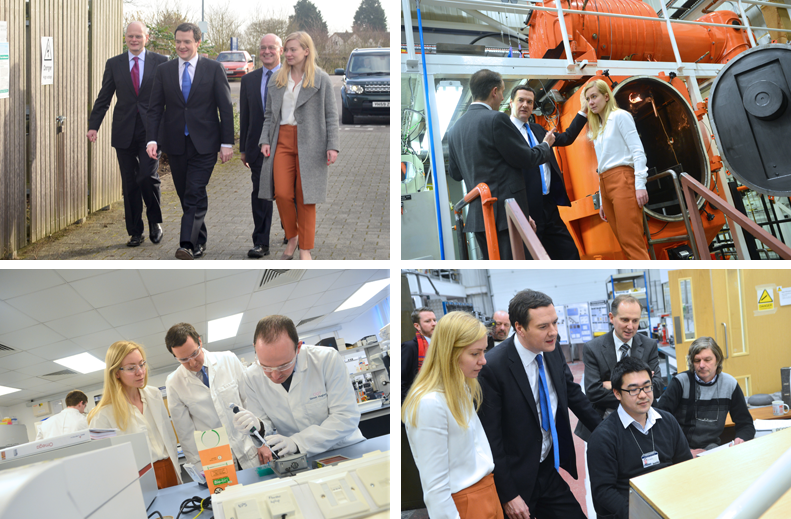