Nick Jones is an MPhil Candidate in Linguistics, Philology and Phonetics at St. Hugh's College and swims for the Oxford Blues team. As part of LGBT+ History Month, Nick has shared his journey of being part of the LGBTQ+ community and now during his time at Oxford.

The journey so far

I am from a small town just outside Boston, Massachusetts in the US. I did my undergraduate degree at the state school University of Massachusetts Amherst where I got my Bachelor’s in Linguistics and Spanish. As of now, I am currently in the graduate programme as an MPhil student studying Linguistics, Phonetics, and Philology. Outside of my department, I try to be very sociable within my Middle Common Room (MCR) at St. Hugh’s College, and I am also a member of the Oxford Blues Swim team.

Being a swimmer and LGBTQ+ has always been an intrinsic part of who I am. However, it has given me as much anxiety in my life as it has given me joy. Meanwhile, at the same time, I and many other closeted queer youths are experiencing denial to the highest degree, but as a swimmer I have to do it with my clothes off, which just made the experience much more exposing.

There are not many queer role models known in swimming. (I actually just googled LGBT swimmers and there are only a total of 42 on the list. 42.) The first time I had heard of an openly queer swimmer was in 2014 when Ian Thorpe came out, but this was already one year after my own coming-out.

My coming-out experience was actually eased by swimming. Not only did I have some of the closest friends of my life at the time to confide in and hold nothing against me, but I was lucky enough to participate in a sport that offered me a certain therapeutic element. To stare at the black line at the bottom of your lane in the pool, with no noises but the water in your ears, allows you to just endlessly think to yourself and sort your life. It was the greatest gift swimming has given me, and to this day, I always take advantage of it.

The team, itself, is much more than I ever could have imagined. The “prestigious” Oxford Blues team. An honour I don’t consider myself worthy of having, but I always am grateful for others seeing me as such. Upon coming to Oxford, I realised the value the university holds in tradition and a set of standards passed down by generations.

I was quite worried that being gay (and coming from the US) would unwillingly challenge that and be quite noticeable, especially when I was attempting to get involved in university sports. Who knows what sort of traditions or expectations the men’s swim team could have? Would I be accepted as “one of the lads” or would I sit on the outskirts of the boys’ club? But the only sorts of traditions I have witnessed were those of camaraderie, mutual respect, and just good-hearted fun. If any of the lads on the team end up reading this, just know that you’ve given a great ease of mind to me since my arrival on the team and that I appreciate each one of you.

In the distant future, I hope to maybe run for an executive position for the club to show some queer representation, I hope to graduate and having a complete thesis, and I hope that I never have to leave the pool. I did all of my growing up in the water: reading/writing, adolescence, coming out, university, and now postgraduate study. Who knows where I will wind up next? 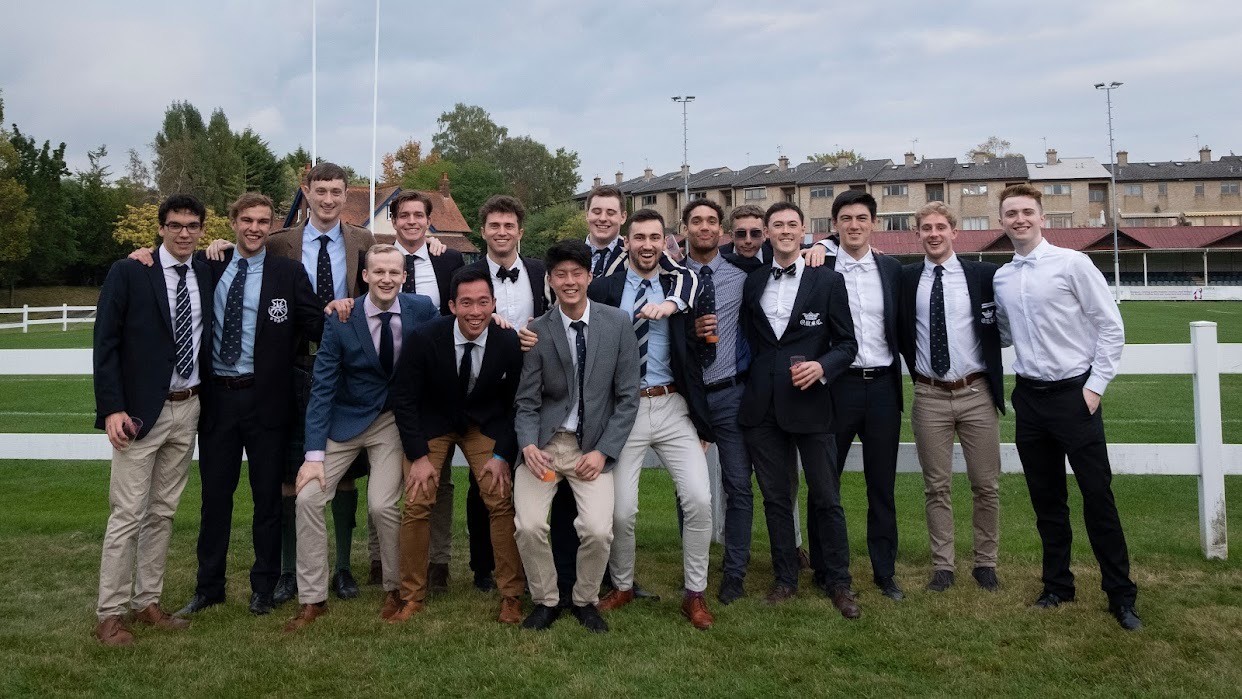