A visitor leaflet about Stowe House and Gardens compiled by two Oxford students will be launched at the historic property on Bank Holiday Monday (25 August).

Alice Holohan and Eleanor Bland, who have recently completed undergraduate degrees at the University in English and History respectively, produced the leaflet while on internships in the Thames Valley Country House Partnership scheme (TVCHP), which is a collaboration between Oxford University and some of Britain’s great country houses.

The leaflet will be available for free to visitors to Stowe and tells the story of the House and Gardens in the 18th Century, while they were owned by the soldier and Whig politician Richard Temple, Lord Cobham, who developed the estate to reflect his political views. Alice and Eleanor used a variety of sources to research the history of Lord Cobham and Stowe and they have come up with an educational and interesting account of the property.

Although there are other guidebooks and leaflets about Stowe, this leaflet is the first to connect the House and Gardens. The House is owned by the Stowe House Preservation Trust and the Gardens are owned by the National Trust.

Alice and Eleanor say: 'The leaflet lets visitors see Stowe in a new light and explore the fascinating history of this glorious place.

'We're hoping this leaflet will appeal to both Stowe veterans and newcomers alike, and will help to uncover the hidden histories of political intrigue at Stowe. Although the house and gardens have evolved dramatically over the last few centuries, you may discover that the 18th Century political scene is not so far removed from the politics of today after all.'

Dr Oliver Cox, a historian and Knowledge Exchange Fellow in the Humanities Division, set up the TVCHP scheme in 2013. He explains: 'According to an October 2013 report from VisitBritain, almost one in three tourists to the UK visited an historic house or castle, which could, in part, reflect the popularity of British costume dramas seen worldwide. Even the Oxfordshire village of Bampton has found itself the centre of global fascination as the location for some of the village scenes in the hit television programme Downton Abbey.

'The challenge is to make these properties, and the stories they contain, more accessible and relevant to a broader section of Oxford’s population. We are working with partner organisations including the National Trust, Historic Houses Association, English Heritage, Society of Antiquaries and Visit Oxfordshire, on a number of exciting, innovative and engaging projects.'

Although we encourage Arts Blog readers to visit Stowe in person, here are a few extracts from the leaflet:

The Palladian Bridge actively demonstrates Cobham’s strong belief in free trade and empire. As the bridge crosses water, it shows the importance of expansion and exploration. This idea was strengthened by the (now lost) murals of Walter Raleigh painted inside the bridge. 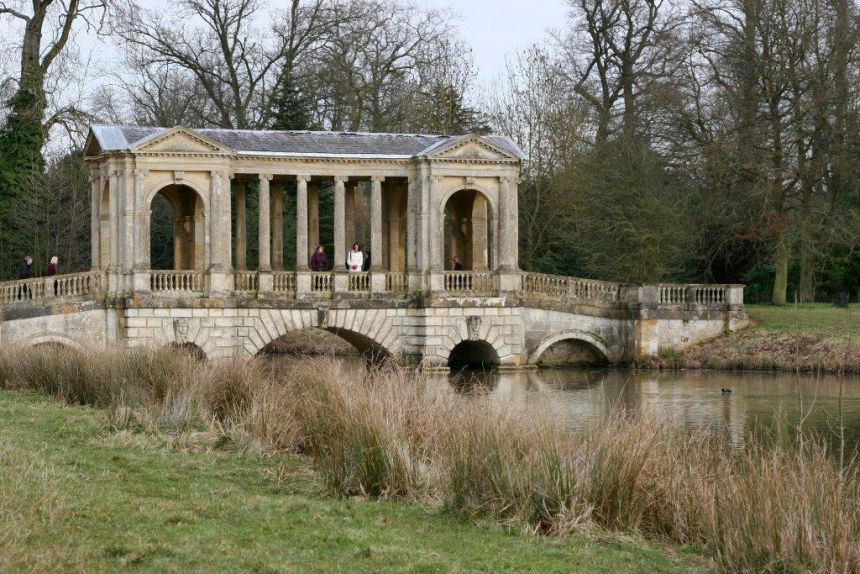 By building the Gothic Temple, Cobham made a clear statement about the need to create a new Britain by looking back to the past, and he put himself at the centre of this vision. This style of architecture was associated with the Anglo-Saxons, who were remembered for bringing liberty and fair government to England.

On the ceiling of the temple are heraldic shields which trace Cobham’s ancestry back to the Anglo-Saxons. This, therefore, was a bold gesture which directly aligned Cobham with those who first brought liberty to England, and strengthened the weight of his ideas. 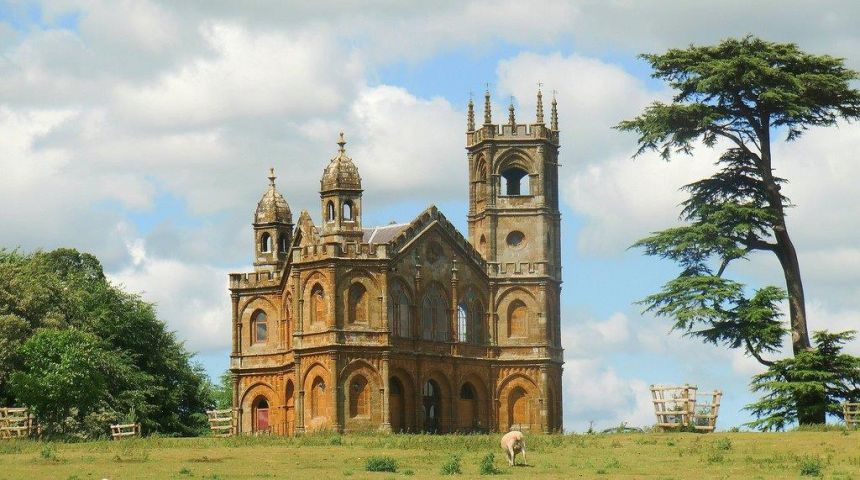 The Elysian Fields was an important part of Cobham’s political nursery, as it explores his frustration with contemporary politics. The Temple of British Worthies contains noble figures from Britain’s past, and these great historical rulers highlighted the failings of contemporary leaders.

The Temple of Ancient Virtue was placed opposite the Temple of British Worthies on much higher ground, showing that British leaders should always look up to and be inspired by ancient Greece. Next to Ancient Virtue are the remains of the Temple of Modern Virtue. Built as a ruin, this signified the crumbling nature of the modern state. 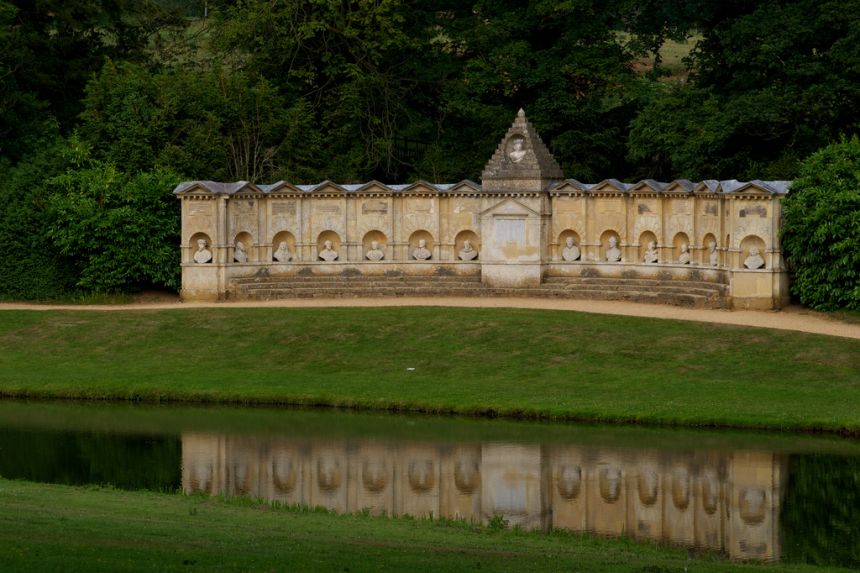 The Temple of British Worthies in the Elysian Fields (Flickr: Stuart Dootson)
'YOLO', 'mansplain', 'clickbait' - how do words get added to Oxford Dictionaries?
Free podcasts to tackle major ethical issues