The scanner revealed beautiful details in the manuscript

Researchers from the University of Oxford’s Bodleian Libraries and from universities in the Netherlands have used high-tech imaging to uncover the details of a rare Mexican codex dating from before the colonization of the Americas.

The newly revealed codex, or book, has been hidden from view for almost 500 years, concealed beneath a layer of plaster and chalk on the back of a later manuscript known as the Codex Selden, which is housed at the Bodleian Libraries. Scientists have used hyperspectral imaging to reveal pictographic scenes from this remarkable document and have published their findings in the Journal of Archaeological Sciences: Reports.

Since the 1950s, scholars have suspected that Codex Selden is a palimpsest: an older document that has been covered up and reused to make the manuscript that is currently visible.

Until now, no other technique has been able to unveil the concealed narrative in a non-invasive way. The organic paints that were partly used to create the vibrant images on early Mexican codices do not absorb x-rays, which rules out x-ray analysis that is commonly used to study later works of art.

'After four or five years of trying different techniques, we’ve been able to reveal an abundance of images without damaging this extremely vulnerable item. We can confirm that Codex Selden is indeed a palimpsest,' said Ludo Snijders from Leiden University, who conducted the research with David Howell from the Bodleian Libraries and Tim Zaman from the University of Delft. This is the first time an early Mexican codex has been proven to be a palimpsest.

The findings have been widely covered in the world’s media this week.

Academics at Oxford University expect that the technology used to view the manuscript will enable them to make many significant discoveries in years to come. The hyperspectral imaging scanner was acquired in 2014 after the Bodleian Libraries and Faculty of Classics made a joint bid to the University’s Fell Fund.

Oxford classicist Dr Charles Crowther says the scanner will allow many different areas of the humanities to view details that have so far been “unattainable”.

'Oxford Humanities researchers have had extensive experience in the use of multispectral imaging over the last 15 years,’ he says. ‘Hyperspectral Imaging (HsI) is certainly the most exciting development in this field in that time.

'Its application to manuscripts in Oxford collections, whether carbonised Herculaneum papyri, parchment Achaemenid letters, or erased marginalia in the First Folio, has the potential to resolve details that previously have been unattainable and to bring to light significant new texts.'

What will the scanner reveal next? Arts Blog will keep you updated. 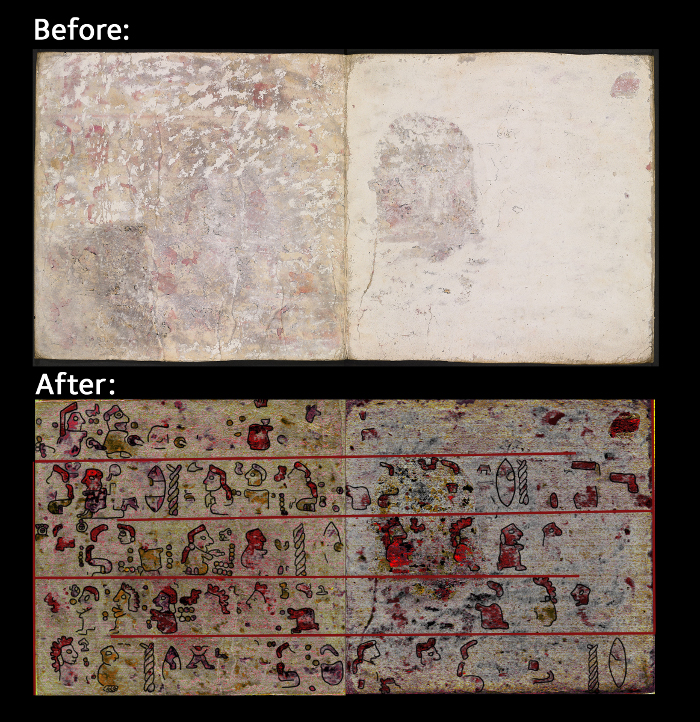 The man who designed England’s green and pleasant land
Why are we now?