Cameron Hepburn, Oxford’s professor of Environmental Economics, comes across more like...well an economist or a successful entrepreneur rather than a clichéd protestor.

Cameron Hepburn is not an environmentalist from central casting. In person, Oxford’s professor of Environmental Economics comes across more like...well, an economist or a successful entrepreneur (he laughs), rather than a clichéd protestor, set on gluing himself to an inanimate object. But this is what makes him all the more convincing and persuasive. When he says, we need to take action now, the automatic response is: how not why.

The economist is under no illusion about the structural challenges and is sought out by governments around the world, looking to meet challenging Net Zero targets and ‘build back better’

As someone who has been at the cutting edge of environmental issues since the early 2000s, before the term ‘climate change’ was common currency, Professor Hepburn is insistent about the need to move away from a carbon-based economic model. But the economist is under no illusion about the structural challenges and is sought out by governments around the world, looking to meet challenging Net Zero targets and ‘build back better’.

The youthful professor is both reassuring and realistic, pointing out economic upheaval will take place over decades, as old industries are replaced by new jobs and, he maintains, technological change means the costs of conversion are coming down – a welcome thought for both countries and consumers.

Talking as the Government announces he is to lead a multi-million-pound project investigating greenhouse gas capture, Professor Hepburn is adamant the time is past for delay and that we now have to cut our carbon emissions, while actively removing greenhouse gases from the atmosphere.

It’s not an either-or-situation. We have to reduce emissions as fast as possible, and scale up our capacity to remove greenhouse gases from the atmosphere

The ambitious project, announced today, encompasses leading environmental scientists at universities around the UK – and funds cutting-edge research into ways of removing the gases and storing them, permanently.

‘There’s a lot of very clever science underway in the UK and around the world,’ says Professor Hepburn. ‘Scientists have developed machines to capture carbon dioxide from the air and bury it underground.  Others are restoring ecosystems to lock-up carbon in trees, plants, and soils.  Still others are studying ways to accelerate the natural processes by which minerals in rocks absorb carbon dioxide from the air. ‘

‘It’s all incredibly interesting and potentially vital,’ he says.

It might seem a strange comment for someone who started their career working for Shell, the oil giant. But, says Professor Hepburn, his early encounter with fossil fuels convinced him that this was ‘even then a sunset industry’ and it began him on the road to his environmental work.

‘It’s important that we look at the societal impact as well as the political and structural impacts,' he says. ‘We have delayed for long enough, so that we have no choice but to explore ways to get greenhouse gases out of the atmosphere, which also help us achieve other social and environmental goals.’

Professor Hepburn heads the project’s Hub, which will coordinate the work, and look into ways of scaling up the research to economic viability, as well as making it possible in the political and legal framework. Oxford, and its  partners at other universities, will provide the ‘central brain’, he says. His team will gather evidence, verify research and provide data.

The young Cameron lived with his parents and siblings in an idyllic environment in the Australian outback, with lots of camping expeditions and life in the outdoors. It sounds more Skippy than Crocodile Dundee

It was a path which began in the outback of Australia, where the young Cameron lived with his parents and siblings in an idyllic environment with lots of camping expeditions and life in the outdoors. It sounds more Skippy than Crocodile Dundee, with Mr Hepburn senior nicknamed ‘Leafy’ Leigh Hepburn because of his interest in nature.

Cameron won a scholarship to a school in Melbourne, where his fellow alumni include many leading Australians – including a host of army chiefs, bishops and...Barry Humphries (not a contemporary). 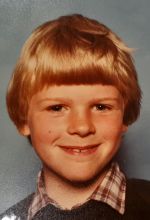 From there, he went to Melbourne University, where the young scholar was awarded degrees in Engineering and Law.  But, after the brush with Shell and then some law firms, where he was engaged designing complex legal contracts for the financing of power plants, the graduate knew, ‘It was very clear that this was not how things should be done’.

Changing tack, he applied for a Rhodes scholarship to come to Oxford to take a masters in Economics. He intended to be in the UK for two years. Twenty one years later, now married with three children, he is still here, having taken a doctorate in Economics, become a researcher, then a senior researcher, now the Professor of Environmental Economics. Having changed track twice, he knew he did not want a conventional economics career.

‘Environmental economics was virtually invisible,’ he says. ‘I didn’t want to spend my time looking at the money supply...I was much more interested in thinking about the impact of climate change.’

Environmental economics was virtually invisible... I didn’t want to spend my time looking at the money supply...I was much more interested in thinking about the impact of climate change

Laughing, he adds, ‘I thought it was worthy of a career – and so here I am.’

'Climate change was on the scientific agenda for decades before climate concerns became widespread and governments around the world were pledging to reduce emissions, and environmentalism became mainstream.'

He adds, 'It’s a shame Australia didn’t begin the transition [from a carbon-based economy] back in the 1990s. We could have done things more steadily. The later you leave it, the more difficult some things become, as they have to be done faster.’

But he says, ‘The good thing is, everyone has woken up. We have delayed long enough.’

There should be no need for mass redundancies, to meet the UN’s 2050 Net Zero target. Older industry jobs will be more than replaced by others – and it does not have to happen all at once

However, Professor Hepburn does not underestimate the challenges and the costs of transitioning away from fossil fuels- and the need to reassure. He maintains there should be no need for mass redundancies, to meet the UN’s 2050 Net Zero target. Older industry jobs will be more than replaced by others – and it does not have to happen all at once.

While stressing there will be costs of going Net Zero for some countries, businesses and individuals, Professor Hepburn anticipates that new technologies will emerge and existing ones will become much cheaper. He says, ‘Smarter, cleaner tech is getting better and cheaper all the time...it won't be long before it would be crazy for anyone to buy a fossil fuel-driven car.’

He admits that domestic heating is a ‘big challenge’, with most UK homes reliant on fossil fuel energy. But he maintains, we will not be sitting at home shivering in 20 years. Technological progress is already happening which will assist in making the switch to clean heating cheaper.  Overall, he thinks, the savings on cheaper electricity and transport will help offset the costs of investment on clean heating.

Smarter, cleaner tech is getting better and cheaper all the time...it won't be long before it would be crazy for anyone to buy a fossil fuel-driven car

According to Professor Hepburn, though, we do not need to wait for technology to start the process of improving sustainability. Nature based solutions can be deployed right now. ‘Leafy’ Leigh was right, it seems.  Professor Hepburn says, ‘Trees are the oldest tech in the world....nature has been doing this [taking carbon out of the atmosphere] for millennia.’

He is optimistic about the future, despite the delays in getting started, and points to the fact that countries and businesses around the world have given Net Zero pledges, to slash emissions, which cover two thirds of international GDP.  But will the fine words translate into action? Many critics focus on whether the ‘big polluters’ are going to take action and whether vested interests will take this lying down. Professor Hepburn stresses, ‘The credibility of such targets is vital.’

And he maintains key carbon emitters should accelerate towards Net Zero targets, as the technology becomes more affordable. But Professor Hepburn admits, ‘There will be winners and losers in the transition [think sunset industries]. It needs to be a just transition...but the transition will create many more jobs than it destroys. There will be net gains both to economies and workers.’

The reality of transition to sustainable power, like many new technologies in the past, will be far less difficult than is currently apparent

As an economist, he points out, economies have transitioned all the time. When there has been seismic shifts in technology, they have adjusted naturally, ‘The economy can be quite flexible but we need transition schemes for reskilling.’

He adds, ‘It is critical that financial and economic ministries are looking at this – and they are.’

Reassuringly, says Professor Hepburn, the reality of transition to sustainable power, like many new technologies in the past, will be far less difficult than is currently apparent.

‘Clean electricity is already cheaper in a lot of parts of the world, solar and wind is cheaper and electric vehicles are simpler and easier to maintain.’

Who’d be a petrol-head? ‘Within a few decades, he wonders, I think we will look back at cars spewing out toxins into our lungs as even worse than horses defecating in the middle of our streets.’

And yet, and yet, what can the UK do, or other European countries, when we are not responsible for most of the world’s emissions? Professor Hepburn is typically enthusiastic: Britain has been leading on climate science for a decade

And yet, and yet, what can the UK do, or other European countries, since we are not responsible for most of the world’s emissions?

Professor Hepburn is typically enthusiastic, ‘Britain has been leading on climate science for a decade. The whole concept of Net Zero arguably came from Oxford, as did Net Zero investment finance and Net Zero economics.’

Pointing out the greenhouse gas project could deliver technology for the world, he insists, ‘These are ideas that matter, drivers of change. The UK is important for wider science and theories. It’s the first large country which had a formal architecture with the government's committee on climate change and the net zero legislation – it’s not just a theory for the UK.’

And, says Professor Hepburn, Oxford’s environment and structure has been key in propelling environmental research up the agenda.

‘It’s a pretty unique place,’ he says. ‘The college system means we meet people from other disciplines all the time [which facilitates and drives critical inter-disciplinary cooperation].  You can find yourself sitting next to a classicist or a specialist in Physics.’

Also, he says, the Oxford Martin School, the university’s multi-disciplinary research organisation, drives key research, involving experts from every discipline and has led to environmental collaboration on pressing international topics.  And, he notes, that the Smith School, which he directs, has interdisciplinary research right at the heart of the mission.

While we stand on the cusp of massive change, Professor Hepburn says, he is hopeful, ‘2019 may have been the peak year for fossil fuels...the global community can no longer deny it makes sense to transition. Why sink more money into gas and coal, when the future is clean?’

Relief for parents? No hard evidence of link between tech and teenage mental health