An animated short produced by Oxford researcher Sally Bayley is being screened at film festivals worldwide, including the London Short Films Festival and the Berlin British Shorts Festival. The film, produced by Dr Bayley of the Rothermere American Institute and animated by Professor Suzie Hanna of Norwich University of the Arts, is a stylised representation of a poem by Hart Crane, a 20th century American poet.

'Hart Crane's Proem: To Brooklyn Bridge is the opening to his much longer epic work, The Bridge,' said Dr Bayley. 'His work was a response to poets such as TS Eliot, who wrote about modernity in terms of decline and decay. Crane expresses a more optimistic view of modern life and of the city.'

The animation, produced almost entirely through hand-cut stencils, draws on the bold geometric shapes of 1920s graphic art to evoke the "vertiginous" landscape of New York City. 'For this short film we amassed a huge amount of material: notes, sketches and short test animations,' said Dr Bayley. 'We drew on contemporary influences, including advertising and typography, and art prints by members of Crane’s circle, such as Joseph Stella and Marsden Hartley.'

The soundtrack of the film, composed by Tom Simmons, also draws on Crane’s influences. Crane devised a “shamanic” process for composing poetry, part of which involved listening repeatedly to certain records. Distorted fragments of Ravel’s “Bolero” are incorporated into the sound of the film to evoke this process. The film is being shown at the London Short Films Festival this week.

Proem: To Brooklyn Bridge is the latest in a series of collaborations between Dr Bayley and Professor Hanna, including The Girl Who Would Be God, an animated short inspired by Sylvia Plath’s early drawings, poems and diary entries, which helped to define the collaborative process. 'We were very clear that we wanted the film to be a representation of Sylvia Plath's ideas, rather than a direct portrayal of her. The diary is a kind of self-dramatisation, and even in her teenage diaries Plath begins to play with different ways of exploring and portraying the self,' said Dr Bayley.

The animation - a collage of drawn, painted and photographed images – draws on the same varied cultural background as Proem, alluding to Plath’s musical interests as well as the social and aesthetic world of young women at the time.

Dr Bayley's ongoing research develops the theme of diaries as a tool for self-representation, and she is currently working on a book, The Private Life of the Diary: From Pepys to Tweets. 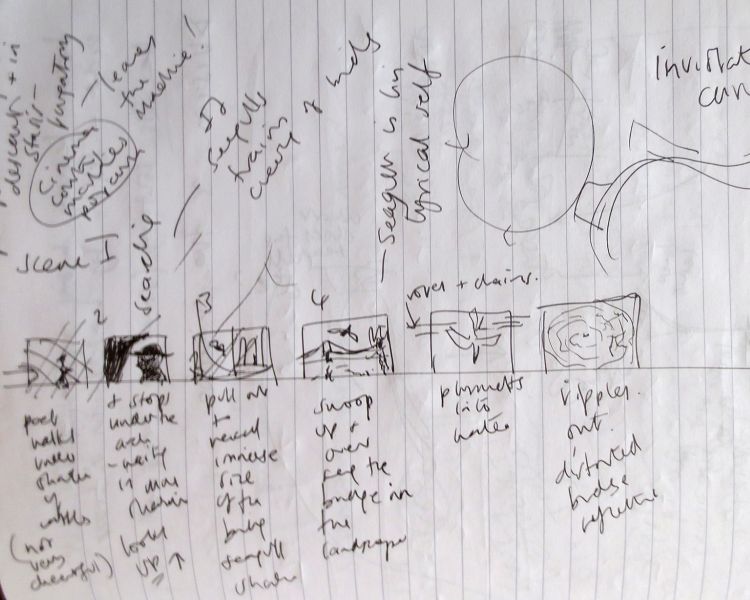 Notes from the planning of the film 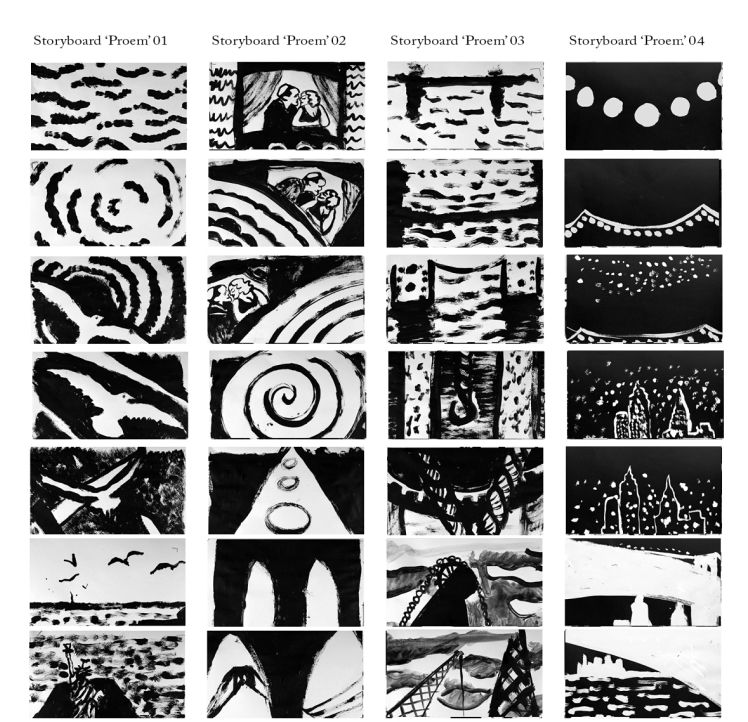 The storyboard for the film
Can science find the right diet for you?
Economic games don't show altruism