The flag of Friesland

There are over 6,000 languages spoken in the world. But did you know that, like the Indian elephant and the Bengal tiger, some of them are in danger of dying out?

From Dusner (three speakers) to Kelabit (five thousand) to Yiddish (1.5 million), these languages are sprawled across the globe, but they all have one thing in common: unless we act soon, they could become extinct.

Researchers at Oxford University are meticulously studying these languages. And Dr Johanneke Sytsema, who has organised a popular seminar on endangered languages, thinks there could be a novel way to keep minority languages alive: social media.

“Social media could help save a language,” Dr Sytsema says. “Because young people text each other how they speak, even if they don’t know how to spell it.”

Minority languages are often at risk of being drowned out by the louder voices of the bigger languages, which are spoken at school and in the media. But, with social media handing control over to the users, the advent of Facebook and Twitter might just have the reverse effect.

Dr Sytsema has first-hand experience: she speaks Frisian. Frisian, spoken in a province in the Netherlands called Friesland, has 350,000 speakers. Interacting with her own language has given Dr. Sytsema food for thought about how languages could be saved in the future.

“In Friesland, young people who don’t learn much Frisian writing at school send each other messages on social media in Frisian,” she says. In this way, a new generation of Frisian speakers keeps the language alive.

But how do languages become endangered in the first place?

But it’s not just a small number of speakers that makes a language endangered. Some languages were once widely spoken, but lost speakers over time. This can happen for many reasons.

“It can be for political reasons - governments decide that only one language can be spoken in schools, for example. Or people move away from their home and lose their language, or communities are broken up.”

Tweeting and texting in Frisian (or Sorbian, or Breton) is not enough in the long-term, though. Dr Sytsema says there are many other things we need to do.

“Government policy is important,” she says. “To support the language, provide teaching in that language, and subsidise radio, television, and printing.”

If we do all of these things, Dr Sytsema argues, we can preserve the thousands of languages that people are chattering in across the globe.

But there’s an (endangered) elephant in the room. Why is a language worth saving in the first place?

Dr Sytsema is unequivocal. It’s vital: because, like our wildlife, our languages are natural creations.

“Natural beauty needs to be protected. Once languages die, you don’t get them back, because they’ve grown over thousands and thousands of years,” Dr Sytsema explains.

“Every language has its own beauty. And that’s why it’s so important.”

You can listen to some Frisian for yourself by watching a weather forecast or exploring an interactive map of endangered languages. 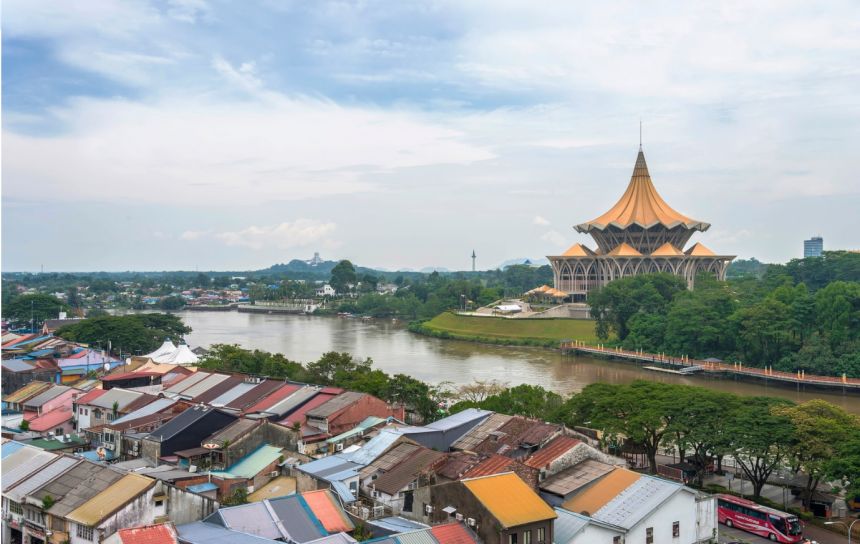 Sarawak, Malaysia, where Kelabit is spoken