In the week that followed Russia’s unlawful invasion of Ukraine, the UN recorded hundreds of peoples’ deaths, and over 1 million refugees sought protection in neighbouring countries. The intensification of the conflict indicates that these numbers, and the pain and suffering that accompany them, will only increase. 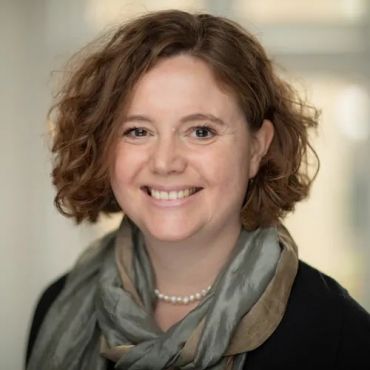 Dr Catherine Briddick
Lives are saved when countries offer people at risk of serious harm safe and legal routes to protection. It is for this reason that the right to 'seek and to enjoy in other countries asylum from persecution' is a fundamental human right, protected in international law.

The internationally agreed 1951 Refugee Convention defines who a refugee is and sets out the protection that all refugees should receive without discrimination. This includes protection from being rejected at the frontiers of states and for being punished for entering a country without permission. The convention, and the broader international regime, enables people to seek protection without having to ask for permission first.

The internationally agreed 1951 Refugee Convention defines who a refugee is and sets out the protection that all refugees should receive...This includes protection from being rejected...and for being punished for entering a country without permission.

Yet this is precisely what people seeking safety in the UK from the war in Ukraine are being told to do. They are required to apply for a visa – a form of permission – to enter the country.

Applications for this visa, under the Ukrainian Family Scheme, have to be made from outside of the UK. For a while, the UK government even encouraged people to travel to Lviv (in western Ukraine) to apply for the visa, and to wait there while their application was decided.

The position, at the time of writing, is that people must apply online for the Ukrainian Family Scheme and then book and attend an appointment at a visa application centre. Those who 'are able to travel safely' must find a way of getting to one of just a few such centres that are spread across Europe.

These rules compel refugees, of all ages and regardless of their circumstances, to undertake long and potentially dangerous journeys across Europe to seek permission even to enter the UK. There is no help for those who are unable to travel safely to a visa centre. The UK is simply not doing what the UN General Assembly has demanded, which is to 'allow safe and unfettered passage' to those fleeing the war in Ukraine.

The UK is simply not doing what the UN General Assembly has demanded, which is to 'allow safe and unfettered passage' to those fleeing the war in Ukraine

The visa is also not available to all those who have been compelled to leave. Broadly, to be eligible an applicant has to be Ukrainian, and be applying to join, or be accompanied by, a UK-based family member.

These very narrow eligibility criteria deny the majority of those who have been displaced any legal route to safety in the UK. This does not only affect Ukrainian nationals. Ukraine itself has been hosting refugees from over 60 different countries, and has also been home to large numbers of students and workers.

Those leaving will, therefore, be the nationals of a number of different states, and will have a range of different protection needs. UNHCR, the UN’s refugee agency, has consequently requested all countries 'allow civilians of all nationalities fleeing Ukraine non-discriminatory access to their territories'.

Broadly, to be eligible an applicant has to be Ukrainian, and be applying to join, or be accompanied by, a UK-based family member...These very narrow eligibility criteria deny the majority of those who have been displaced any legal route to safety in the UK

Given these immense practical and legal barriers, it is no surprise that just 300 people have been granted visas under the scheme so far.

And even those who do make it to the UK are not being recognised as refugees, or being given any other kind of protection-based status. The government has only made some concessions to its normal family migration rules to enable them to live and work in the UK.

The majority of those fleeing Ukraine have entered neighbouring countries that are members of the EU, including Poland and Hungary. The EU is allowing those seeking protection to enter its territories without a visa or any other kind of prior permission.

The EU has also activated its Temporary Protection Directive in response to the crisis. This provides Ukrainians, and those who had refugee protection in Ukraine, with permission to stay that enables families to reunite, people to be supported, and children to go to school.

While EU member states do not have to provide non-nationals who were lawfully resident in Ukraine with the same protection, the EU’s decision enables them to either do so – or offer other, adequate protection.

The UK’s response to Ukrainians should be placed within the context of the Nationality and Borders Bill – a piece of legislation currently making its way through parliament that will radically overhaul the British immigration system. This legislation will criminalise people seeking protection, make it harder for them to be recognised as refugees and deny them key rights.

UNHCR says the bill will create an asylum system that 'undermines established international refugee protection rules and practices'. In its treatment of those fleeing Ukraine, and in this bill, the UK government is repudiating its obligations towards refugees, exposing people escaping war and serious human rights violations to even more danger and suffering.

In its treatment of those fleeing Ukraine...the UK government is repudiating its obligations towards refugees, exposing people escaping war and serious human rights violations to even more danger and suffering

The UK government should change its position, and replace bureaucracy with sanctuary. Visa requirements for those fleeing should be lifted immediately. Refugees and others in need of protection should be recognised as such, and granted the rights that go with these statuses.

The EU must do more too. It has affirmed, at one European border, in response to one war, the right to access and to receive a measure of protection. At the same time, however, it denies these rights to others fleeing conflict and other serious human rights violations.

Just days before the invasion, UNHCR stated it was 'deeply concerned' that increasing numbers of people seeking protection in Europe were being subjected to violence. Hundreds of people have died seeking safety in the EU and UK.

The refugees against whom this violence is directed are from countries outside of Europe. The war, and response to those fleeing it, reveals the racial discrimination and denial of protection that some people leaving Ukraine, and many people from other parts of the world, are subject to. Legal routes to protection must be established, and the right to asylum secured, without discrimination, at all Europe’s borders – including the UK’s.

Dr Catherine Briddick is a Departmental Lecturer in Gender and International Human Rights and Refugee Law,